A new book series by Salon's founder introduces unsung heroes, like the general who saved FDR from a coup 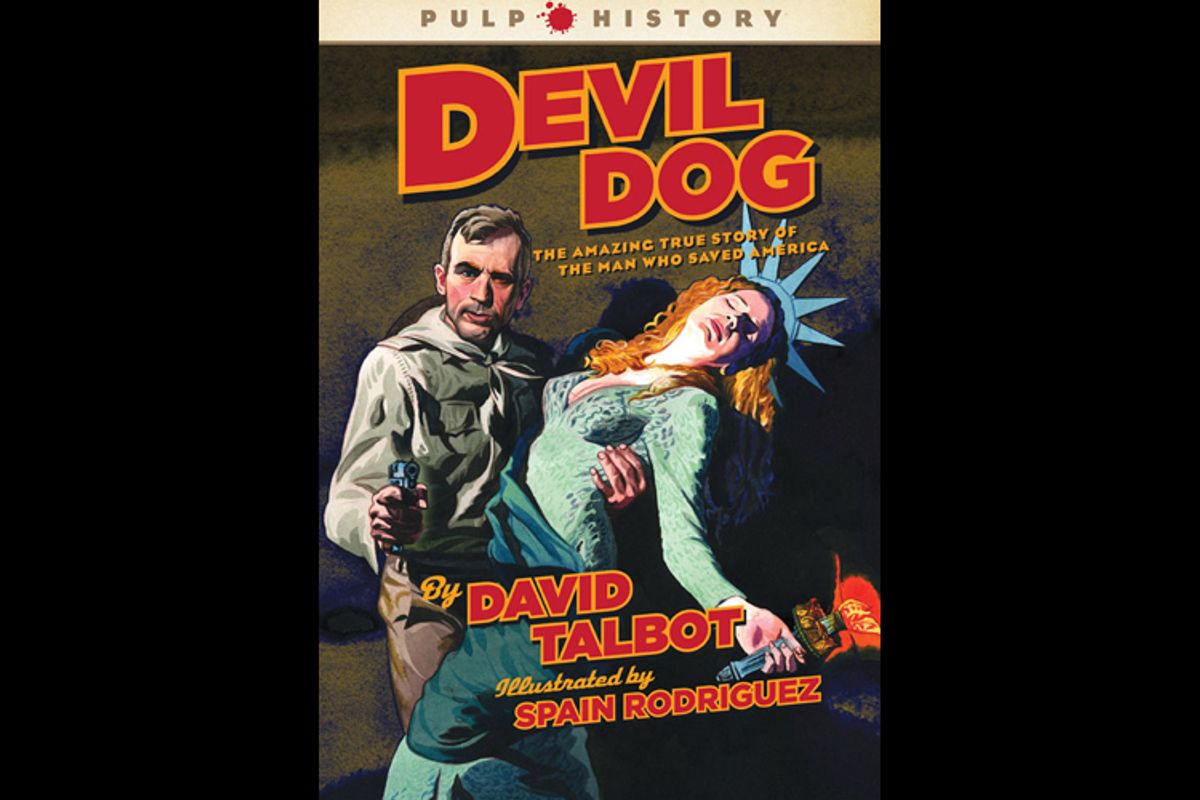 He was one of the most decorated Marines in American history. But there are no Gen. Smedley Darlington Butler statues in Washington or buildings named after him at Camp Pendleton and Quantico. History has all but forgotten the scrappy, beak-nosed "fighting Quaker" from Philadelphia with the faintly ridiculous name. And yet, during the depths of the Depression -- when some Wall Street bankers and military generals were openly flirting with fascist solutions to the crisis -- Gen. Butler saved American democracy by exposing a plot to overthrow President Franklin Roosevelt. Years later longtime Speaker of the House John McCormack, who as a young congressman presided over the investigation into the coup attempt, tried to give the unsung Butler his due. "If he had not been such a stubborn devotee of democracy," said the legendary legislator, "Americans today could conceivably be living under an American Mussolini or Franco." But, even today, the Butler story is too unnerving for textbook historians.

Butler always made the establishment uneasy. After a lifetime of military campaigns all over the globe -- from China to Haiti to France -- Butler became thoroughly disenchanted with America's imperial adventures. In 1935, decades before President Eisenhower coined the term "military-industrial complex," Butler wrote a scathing denunciation of U.S. militarism titled "War Is a Racket."

"I spent 33 years and four months in active military service and during that period I spent most of my time as a high class muscle man for Big Business, for Wall Street and the bankers," wrote Butler. "In short, I was a racketeer, a gangster for capitalism. I helped make Mexico … safe for American oil interests. I helped make Haiti and Cuba a decent place for the National City Bank boys to collect revenues in. I helped in the raping of a dozen Central American republics for the benefit of Wall Street … Looking back on it, I feel I might have given Al Capone a few hints. The best he could do was to operate in three city districts. We Marines operated on three continents."

Now -- as another Democratic president wrestles with the growing power of Wall Street and finds himself endlessly mired in one more foreign war -- Butler's populist message is enjoying a revival. The obscure hero is invoked in debates about America's military role in the world -- most recently by retired U.S. Army Col. Andrew Bacevich, in "Washington Rules," his critique of the overextended American imperium. More U.S. military officers, suggested Bacevich, need to get in touch with their "inner Smedley Butler."

The Pulp History series, which is being published by Simon & Schuster, also kicks off with "Shadow Knights: The Secret War Against Hitler," a book about Winston Churchill's network of secret agents -- everyday people (including prostitutes, schoolteachers, bar bouncers, a gay butler and a Sufi princess) who were dropped into the jaws of the Nazi killing machine. "Shadow Knights," which was written by former Salon executive editor Gary Kamiya, will be featured Wednesday in Salon.

The new Pulp History series is an attempt to "take history out of the hands of Ken Burns, the Texas School Board and other cultural commissars and make it passionately relevant," says Talbot. The series has won praise from the likes of Dave Eggers, R. Crumb, Evan Thomas and David Simon -- creator of HBO's "The Wire" and "Treme" -- who appreciates the impossibility of the task. "Getting adults, young adults and children alike to acquire and read any work of historical relevance is as hopeless a crusade as any publisher might undertake," says Simon. "But with its new Pulp History series, Simon & Schuster may have a wild card. [The series] angles its way into history in new, surprising ways. If new readers can be tricked into engaging with historical narrative, then this series may well be the requisite sleight-of-hand."