Where Medicare and Medicaid are concerned, the GOP Senate candidate is prepared to let "other people" sacrifice 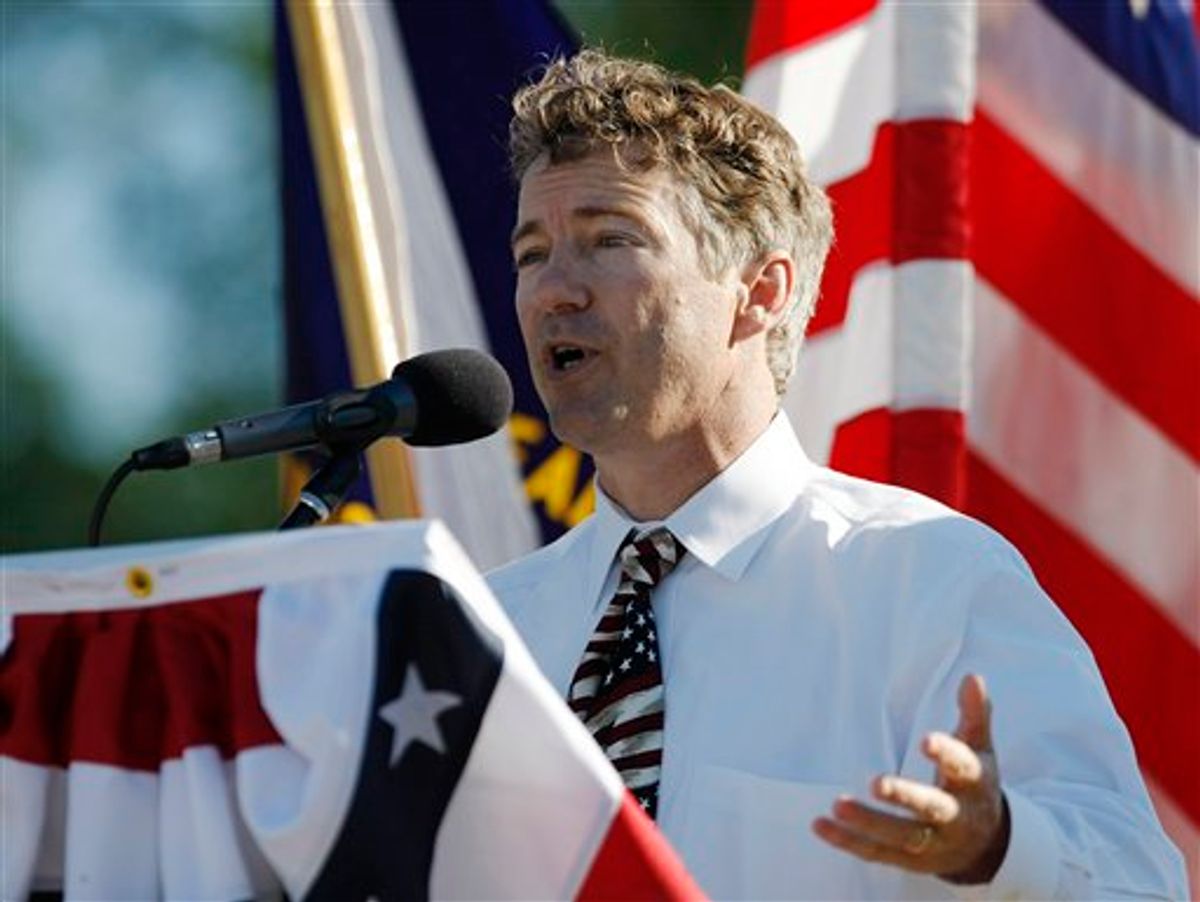 This originally appeared at  Hullabaloo

Just what in the hell does Rand Paul have against disabled people? First he said that he wouldn't have voted for the Americans With Disabilities Act because it inconveniences business, then he said that old and sick people should be forced to be more responsible by paying a huge $2,000 deductible and now he wants to balance the budget on the backs of impoverished sick and disabled people on Medicaid.

I sure feel sorry for his patients. He has all the compassion of a rabid jackal.

On major changes in government, Paul said the country needs a balanced budget amendment and must better control spending on federal entitlement programs.

He focused on the high costs of Medicaid, a federal-state health-insurance program that now covers about 800,000 poor and disabled Kentuckians and costs nearly $6 billion.

“When we have a government program to help those who are in need or who have unfortunate problems, let’s help those truly in need,” Paul said.

He claimed that lenient eligibility standards have led to “intergenerational welfare.”

Sheila Schuster, who works with organizations who advocate for disabled Kentuckians, said the state does not have the most liberal eligibility standards for Medicaid and disputed that it has become a welfare system.

“It’s a system of taking care of people with serious needs,” she said, noting that she is not endorsing any candidate in the U.S. Senate race.

And here I thought you couldn't balance the budget by "cutting off the welfare queens." But, Medicaid is "intergenerational welfare," presumably because it creates a sense of dependency among the sick and disabled children who should be begging in the streets to pay for their medical care. (Or just dying --- that would be the most responsible of all.)

The man should not just be beaten soundly in this Senate race, he should be stripped of his (so-called) medical license. Any doctor who holds his views is unfit for the profession.

And naturally, as it turns out there's remarkably little fraud and abuse in Kentucky:

“Any system will have some degree of fraud, but I recall how the administration of former Gov. Ernie Fletcher said it would get rid of waste, fraud and abuse and didn’t turn up many who shouldn’t be on the Medicaid rolls,” she said.

Keep in mind that if Rand Paul wanted to live his libertarian principles, he'd stop taking Medicare and Medicaid patients. But he believes he "deserves to make a comfortable living" and takes in hundreds of thousands of dollars in taxpayer-funded medical care each year. It's "other people" who have to sacrifice.