The (latest) Muslim-baiting ad of the season 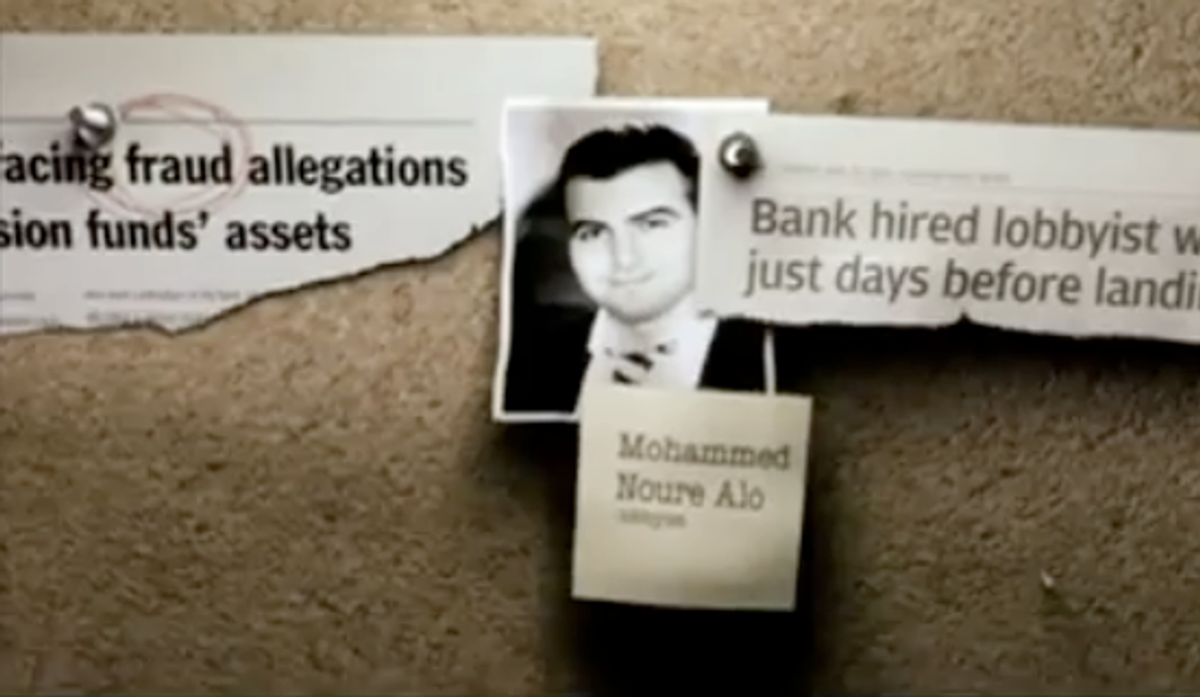 A screenshot of an ad from the Ohio state treasurer's race.
--

Looks like the latest Muslim-baiting ad of the season is here, this time in the Ohio state treasurer's race.

Republican Josh Mandel released an ad that ostensibly targets Democrat incumbent treasurer Kevin Boyce's ethics. But, as you'll see, there's also a claim (of questionable accuracy) made about a mosque. And the ad references a lobbyist linked to Boyce who goes by Noure Alo. But in the ad, Alo's full name --  Mohammed Noure Alo -- is used, Barack Hussein Obama-style.

The Columbus Dispatch has a good fact-check of the ad. Take this line from the ad:

And the lobbyist? Boyce gave his wife a sensitive job in the treasurer's office - a job Boyce admitted they only made available at their mosque.

That would lead a casual viewer to believe Boyce himself is Muslim. In fact, he's Christian. His aide, Amer Ahmad, is Muslim. And what about the claim that a job went to the wife of  lobbyist Noure Alo only after it was posted in a mosque? The Dispatch says it's not true:

The truth is Ahmad and Alo are friends, and they do attend the same mosque. But the job was not announced or posted there, Boyce's office says. There were many applicants for the position.

Mandel, who is Jewish, previously used the mosque accusation against Boyce on his website and in a fundraising pitch. It wasn't true then, either.

Here's some more context: Mandel, an Iraq war vet, attends conferences of AIPAC and the Republican Jewish Coalition. His work as a state representative has focused on divestment from Iran. He talks up the threat of radical Islam. He comes from a world steeped in suspicions of Muslims. He clearly knew what the takeaway from this ad would be, particularly against a black Democrat.

The editorial board of the Toledo Blade, which recently endorsed Mandel and argues that there are valid ethical questions about Boyce, has a piece today denouncing Mandel's ad.

"Mr. Mandel might consider the subtle forms of bigotry Jewish people continue to endure in this country and around the world," the Blade argues. "Then he might review his ad and his defense of it."