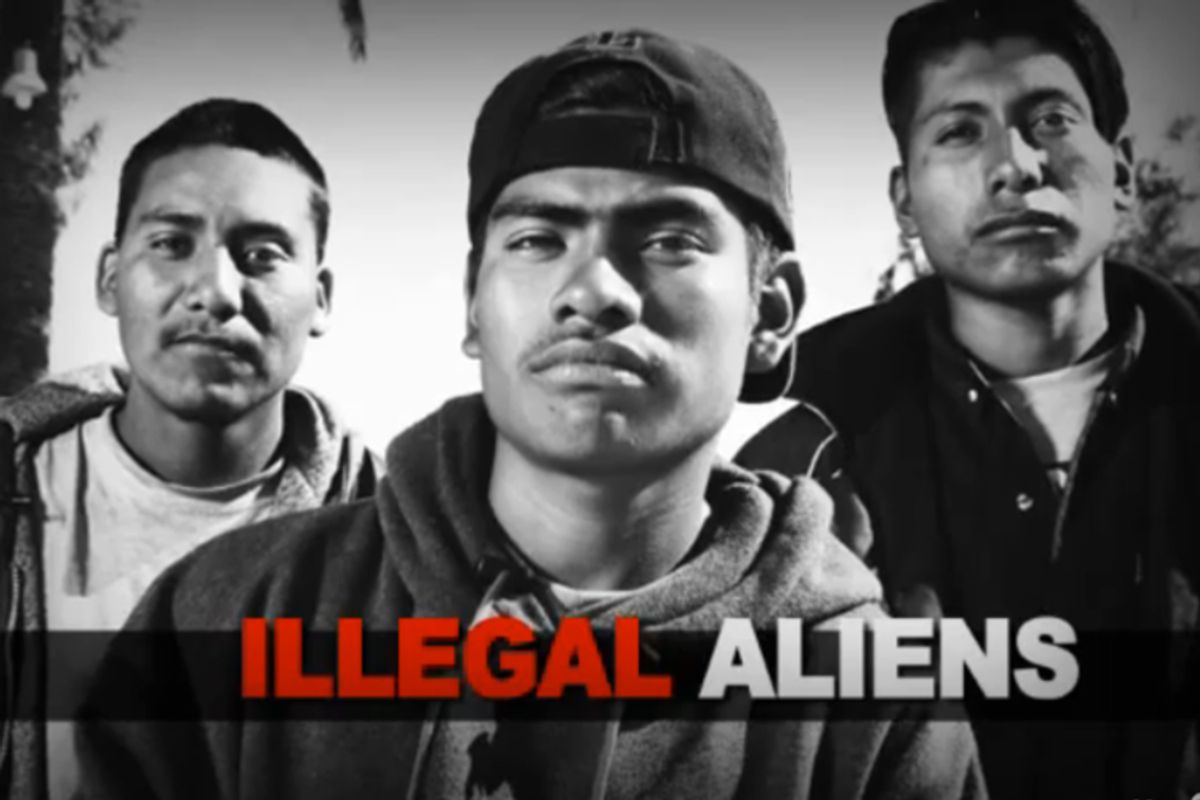 Sharron Angle's exciting new ad asks a tough question: "What does Harry Reid have against you?" Well, what he might have against "you" is the fact that "you" are a nativist bigot, easily riled up by the image of scary-looking Latino "thugs."

"You" are paying for those illegals to go to college! Which, you know, makes it sound like they're decided to better themselves and become dues-paying responsible members of society, sure -- but did you see that guy in front? His hat is on backwards! The only people who wear hats in such an unorthodox manner are members of criminal gangs, or people under 50.

The ad is, I guess, a reference to the DREAM Act, which would provide citizenship opportunities for people who came to the US illegally as children, as long as they serve in the military or attend university. In terms of legislative measures designed to address the problem of our vast underclass of easily exploited undocumented laborers and their families, it is, shall we say, the least we could do.

According to NPR, "the number of deaths by migrants in the Arizona desert has officially surpassed all previous years," with 252 bodies discovered in the past year. The people who created this ad feel no shame and will suffer no social or professional consequences.