Debating the "mendacity" of Barack Obama 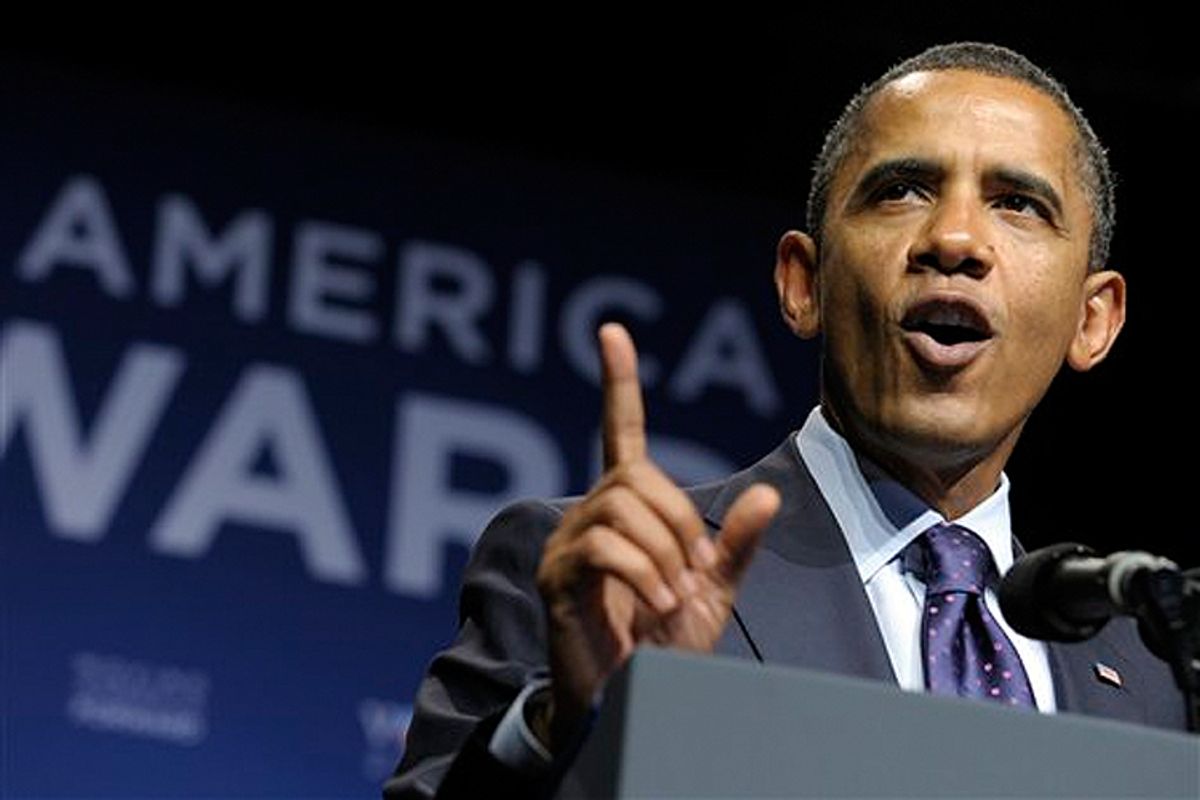 The fairest measure of Barack Obama at midterm can probably be found somewhere between Roger Hodge's accusations and Jonathan Alter's explanations -- but the deeper issue raised by both authors in a debate last night was how progressives, from the White House to the grass roots, fecklessly ceded ground to the Republican right over the past two years.

Hodge, author of "The Mendacity of Hope," a scathing new critique of Obama and all his works, and Alter, author of "The Promise," a balanced but generally favorable report on Obama's first year, clashed under the auspices of the Agenda Project in New York City. Their lively, live-streamed, intelligent discussion, moderated by Erica Payne, will also be televised on C-Span's BookTV later this month -- just in time to further dispirit (or possibly inspire) Democratic voters.

For Alter, the sense of disillusionment among Obama's supporters is merely the latest display of the persistent naiveté that afflicts "movement" progressives, whom he distinguished from more pragmatic liberals like himself. Both kinds are useful and important, and most progressives combine aspects of both. But the movement types, like Hodge, don't comprehend the necessity of compromise, although their venerated icon, FDR, certainly did. Alter objected to the title of Hodge's book because "accusing other liberals of mendacity is destructive to the liberal project in America."

Hodge made no apologies for his book's title and went on to explain that "mendacity" has a double meaning -- representing not only the president's alleged betrayals of his supporters' hopes, but their own infinite capacity to deceive themselves about him. Rather than a messianic figure who could or would change Washington, he said, Obama is "a normal politician" who "plays transactional politics" as avidly as any other deal-making, donor-seeking denizen of the capital. "When he promised to reverse the unconstitutional and dangerous policies of his predecessor, and then embraces those politics, that is duplicitous," said Hodge, citing the administration's continued abuse of state secrecy, indefinite detention, and the president's order to kill Anwar al-Awlaki, an American citizen, without the formalities of indictment or trial.

While insisting that Obama is still "more honorable" than most politicians and has fulfilled a remarkable number of his campaign promises so far, Alter repeatedly agreed with Hodge on the civil liberties issues. Again and again, however, the authors argued over whether Obama could have done more to satisfy his party's progressive base, from healthcare reform to the stimulus and bailout programs.

Hodge charged that the president's Wall Street supporters have captured him -- and turned him away from the activists and small donors who put him in office. And Alter admitted -- as he does in his book -- that Obama committed a serious error when he failed to bring in a broader circle of economic advisors from the beginning.

If nobody "won" the debate, Hodge lost points when he churlishly demanded, "Are you on the payroll, man?" Childish and unfair, as Hodge later acknowledged by apologizing, that emotional rejoinder to Alter's plea for context and compromise only served to reinforce rather than refute him.

Yet while they disagreed vehemently over the compromises made by Obama, they concurred on a central point that is especially salient now. If progressives are dissatisfied with the president's performance during the past two years, their own default is the most important source of their disappointment. As midterms approach, a renewal of principled activism may preserve the chances for real change. A sulking withdrawal is only sure to make matters worse.