The flirty fight against breast cancer 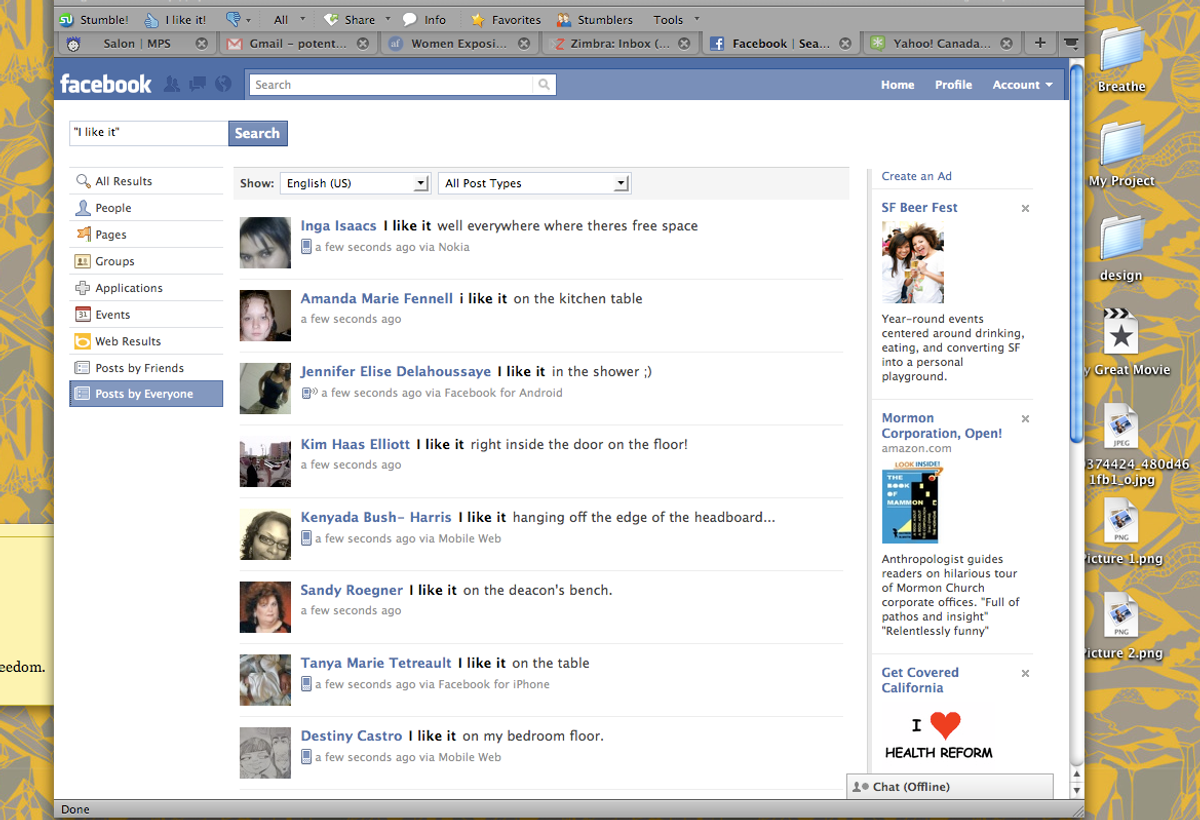 I was already experiencing serious ocular strain from all the eye-rolling induced by breast cancer awareness month when then I came across the "I like it" campaign. It's yet another attempt at viral breast cancer activism via awkwardly sexual Facebook status updates. Last time around, women impishly posted the color of their bras with no explanation. This time, ladies are telling us how and where they "like it." For example, "I like it on the bed." A sampling of recent "I likes" include: the kitchen table, the back seat of a car, my nightstand, the floor, in the closet, on the stairs, on a bar stool and on the washing machine. This is meant to raise awareness -- not about kinky female fantasies, but, inexplicably, breast cancer.

An unknown Facebooker started circulating a message that encouraged women to update their status with where they like to put their handbags and referenced the bra color campaign, explaining that it was successful because "we had men wondering for days what was with the colors." You see, the idea is to get men thinking about boobs (perhaps not the hardest of feats) and build up confusion about why the women of Facebook are suddenly acting so darn frisky. Word eventually reaches male kind that it's all about breast cancer and then presumably they are supposed to have an "a-ha!" moment where they realize that boobs are more than just visually pleasing secondary sexual characteristics, or something. There is also the obvious intent to get the media's attention so that the cause gets yet more airtime and ink. Well, congrats, the viral campaign has been successful on that front.

Here's my question, though: Now that you have our attention, what do you have to say? As I wrote about the bra color campaign, "It essentially trumpets: Hey, breast cancer exists and I'm wearing a bra! Or, seeing as the status updates mention nothing about disease, perhaps it translates to the more succinct: Breasts exist! Either which way, it isn't news to the vast majority of us." It's troublesome enough -- not to mention sadly cynical -- when breast cancer is sexualized in the service of delivering an actual message. Without an actual message, it just seems plain dumb.