Three justices could be the first to lose a retention election in state history, for overturning a gay marriage ban 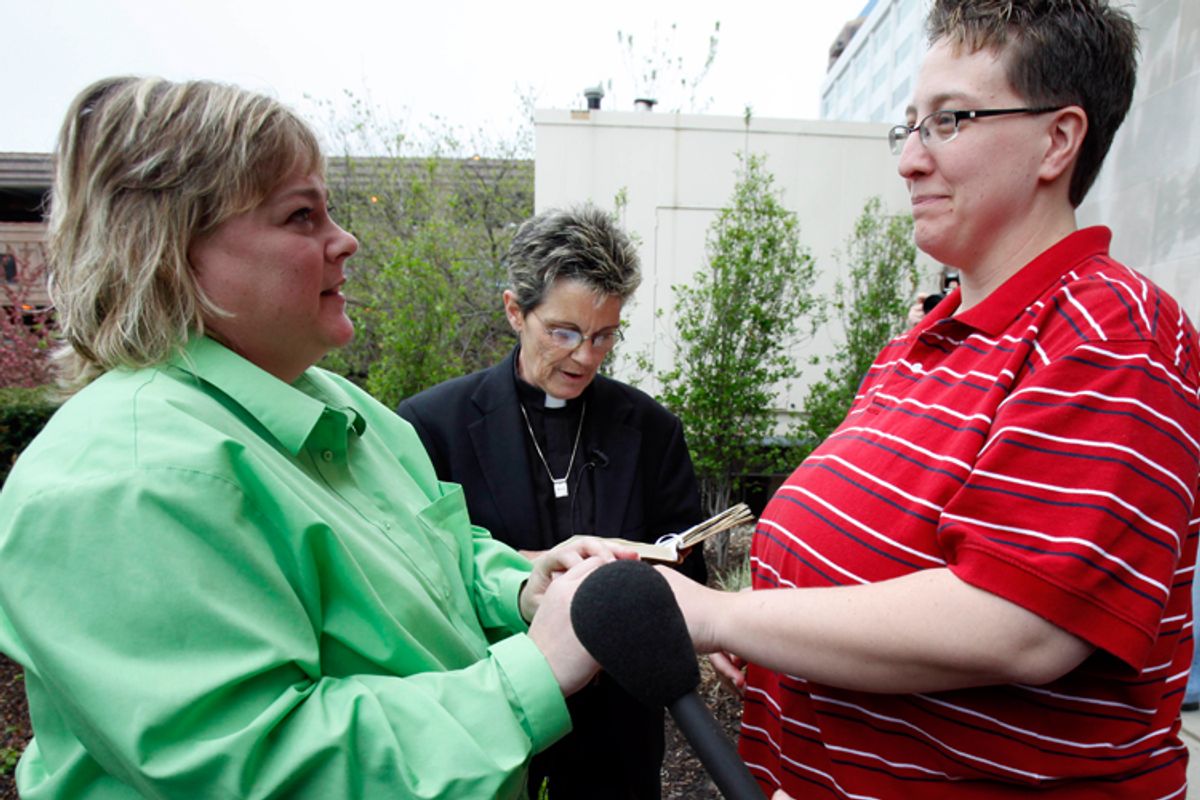 Just as the Founders intended, anti-gay groups and wealthy business interests are bankrolling and campaigning for the removal of judges they don't like in states across this great nation. Of particular interest is the judge-ousting campaign underway in Iowa, where judges are selected not by popular election but by the nonpartisan Missouri Plan, in which the governor appoints nominees based on a list prepared by a panel. A new poll suggests that at least one Iowa Supreme Court justice could be out of a job next month.

Voters may opt to retain or reject newly appointed judges at the general election following their appointment. Iowa's been perfectly happy with their courts since this plan was adopted in 1962, and no Supreme Court justices have ever lost their seats. Until, quite possibly, this year. What happened? The Iowa Supreme Court unanimously decided that a ban on same-sex marriage violated the Iowa Constitution.

So NOM and the American Family Association have joined forces to wage war against the three judges up for retention this year. Unseating those three judges won't have any effect on the ruling that legalized gay marriage in Iowa. But it will send a message to other judges: Don't you dare decide potentially controversial cases based on their merits, or the Mormons and Evangelicals will destroy your career.

According to a Des Moines Register poll, the retention fight is a tossup, with 40% planning to vote against all three and 16% saying they'll only retain some of the judges.