John Kasich and the Hollywood steelworker 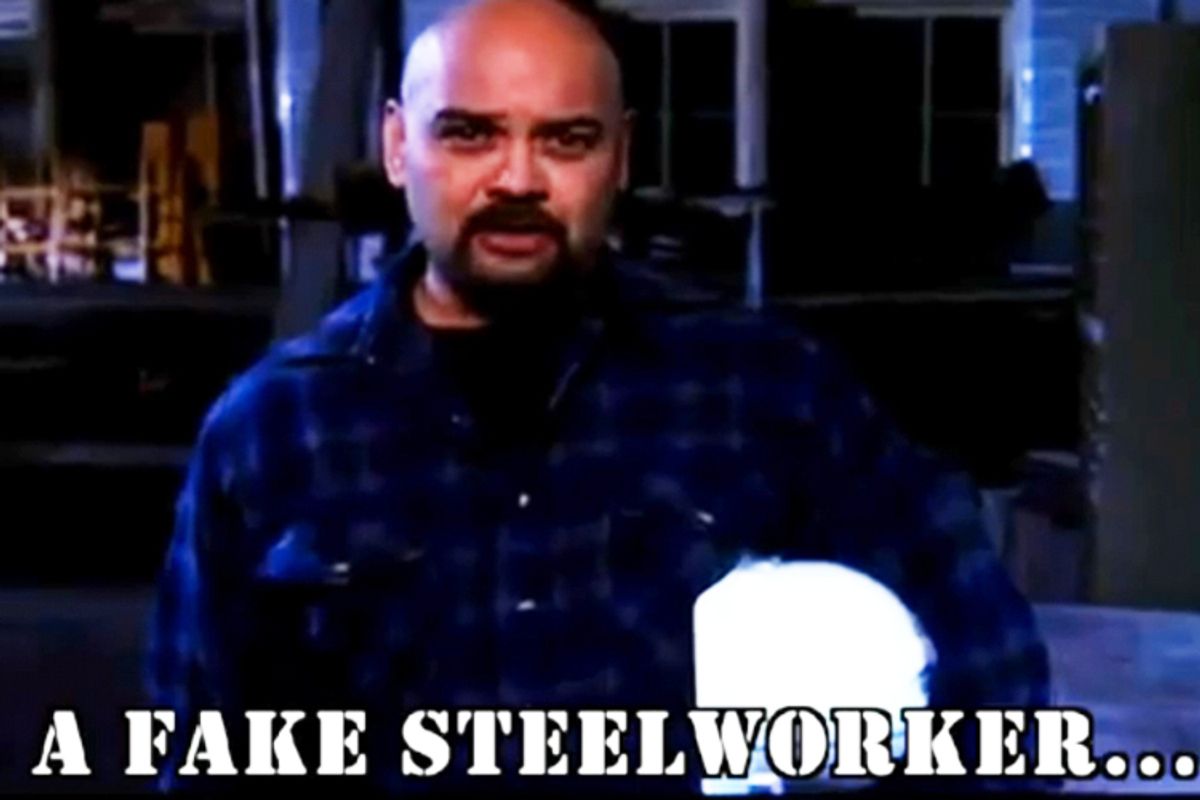 This is pretty hilarious.

When I was on MSNBC's "Hardball" in June with former House Budget Committee leader John Kasich, now GOP candidate for Ohio governor, he touted some of his Tea Party friends and supporters as "blue-collar Democrats" fed up with Democrats' spending. I challenged Kasich, asking how blue-collar Democrats felt about Kasich's work for Lehman Brothers, the investment-banking giant whose collapse rocked our entire economy, including Ohio pension funds. (Kasich had pitched Lehman personally to the state pension fund board, although that meeting didn't directly lead to business.)

Not surprisingly, Kasich blew up at me, accusing me of a "smear" and urging me to "learn how to control yourself," which was pretty funny, given that I was calm and Kasich was losing his cool in the debate. (According to Real Clear Politics, the race has tightened in recent weeks, as Strickland has hammered Kasich on his ties to Lehman.)

Now comes a new commercial revealing that a Kasich ad that seems to feature a "blue-collar" voter, a steelworker, trashing Ohio Gov. Ted Strickland, actually features actor Chip Redden playing the angry steelworker. "When we saw Congressman Kasich’s ad, we wondered why any Ohio steelworker, whose job has been threatened by the unfair trade deals Kasich supported in Congress, would be willing to appear in his commercials," said USW Local 1238's John Saunders. "As it turns out, when Congressman Kasich couldn’t get a real steelworker to do his dirty work, he did what any congressman from Wall Street would do – he paid someone."

So Democrats made their own ad, a mashup of the Kasich pitch with some of Redden's other roles. It's funny, watch: