A mustachioed fan in a Ryder Cup photo sparks a new meme, but who is he? 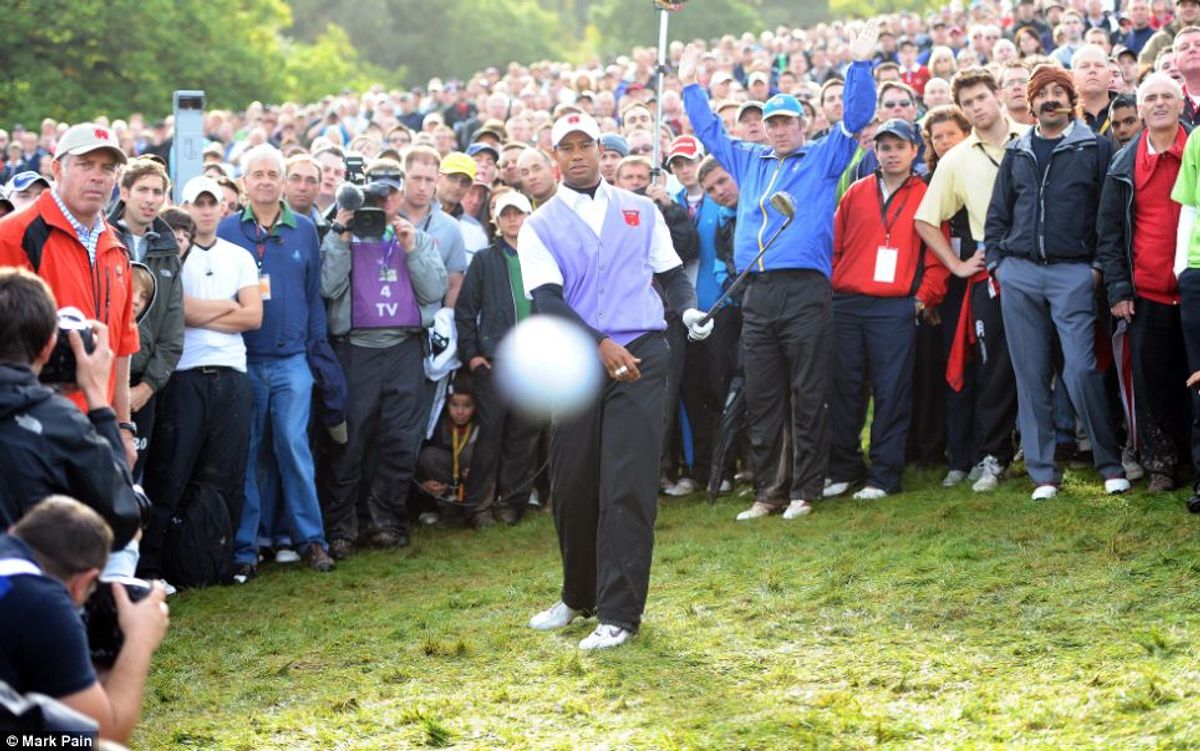 When Tiger Woods duffed a shot at the Ryder Cup, the ball zipped directly toward photographer Mark Pain of the Daily Mail. Pain managed to snap an incredible picture, but his good timing isn't getting nearly as much attention as a bystander in a funny-looking mustache and wig. Yes, that's all it takes now to become a celebrity.

The "Cigar Guy" has quickly become the new Chuck Norris, inspiring amateur Photoshop junkies everywhere. The Daily Mail says he dressed in tribute to Spanish golfer Miguel Angel Jimenez, but who knew Cigar Guy also appeared in Donnie Darko? Or knocked out Sonny Liston? Or watched Jack Ruby shoot Lee Harvey Oswald? Got an idea of your own? The website knowyourmeme.com posted a Cigar Guy template.

But who is he? Time pleads on its Newsfeed blog for the man behind the mustache to identify himself. That would probably be pointless, because he'll never be known by anything but Cigar Guy for the rest of his life. Or at least for the rest of the month, and then a new funny-looking bystander will dominate the Internets.

Leave it to YouTube users to compile a montage of Cigar Guy photobombs set to "Eye of the Tiger":