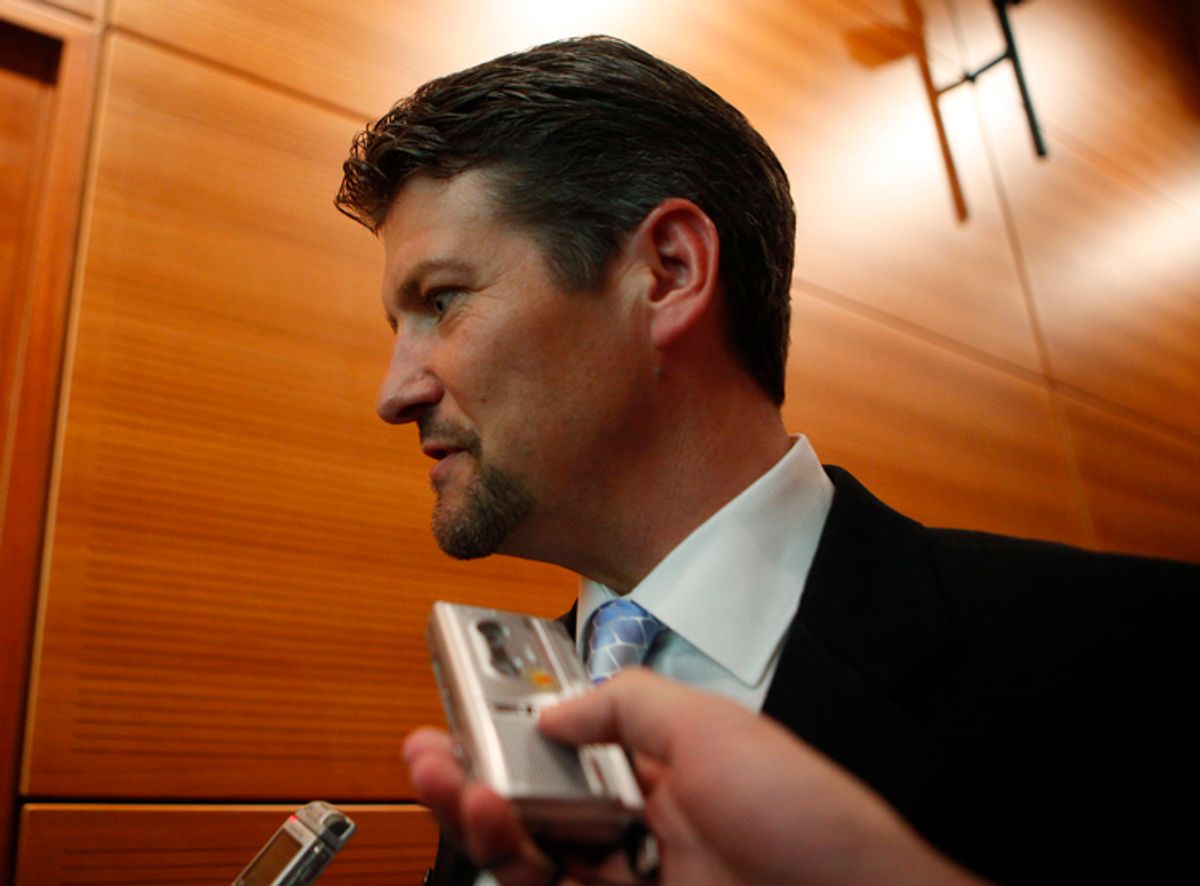 Last month, Todd Palin fired off a cranky e-mail to Alaska GOP Senate nominee and (former?) Palin ally Joe Miller. Todd was mad because he thought Miller had said, on Fox, that Sarah Palin isn't qualified to be president. Miller did not actually say that, though he did decline to explicitly endorse her for the job. The facts didn't matter, of course -- Todd immediately told the treasurer of Palin's PAC to stop aiding the Miller campaign, and Sarah Palin apparently abandoned a "Face book post" in support of Miller that she'd spent all morning working on.

That e-mail was leaked to an Alaska blogger, and yesterday it made its way across the political press, because it seemed to suggest both that Sarah Palin is running in 2012 and that she's fighting with the outsider Senate candidate she endorsed.

None of that is news, though. No, seriously, Todd Palin says so, himself. The media totally blew all of this way out of proportion, Todd tells the Weekly Standard today.

My family has worked hard in supporting Joe Miller, so when I heard he'd said something less than supportive of my wife's efforts, I responded. But it turns out we'd gotten our wires crossed and Joe hadn't said anything like what I'd been told. So there's no story here except the fact that the press put our personal emails online again, and again couldn't even be bothered to conceal our email addresses or take any steps to protect our privacy.

The press actually did take steps to conceal the e-mail addresses. The blogger who posted the original e-mails didn't do a great job of concealing them, but few people who reported on the e-mails reprinted the addresses.

But I like that Todd thinks "we got our wires crossed" is an acceptable way to characterize his flying off the handle at something Miller never actually said.