The war in Afghanistan: Year 10

After nearly a decade of conflict, what we've really learned is that there is no path to victory 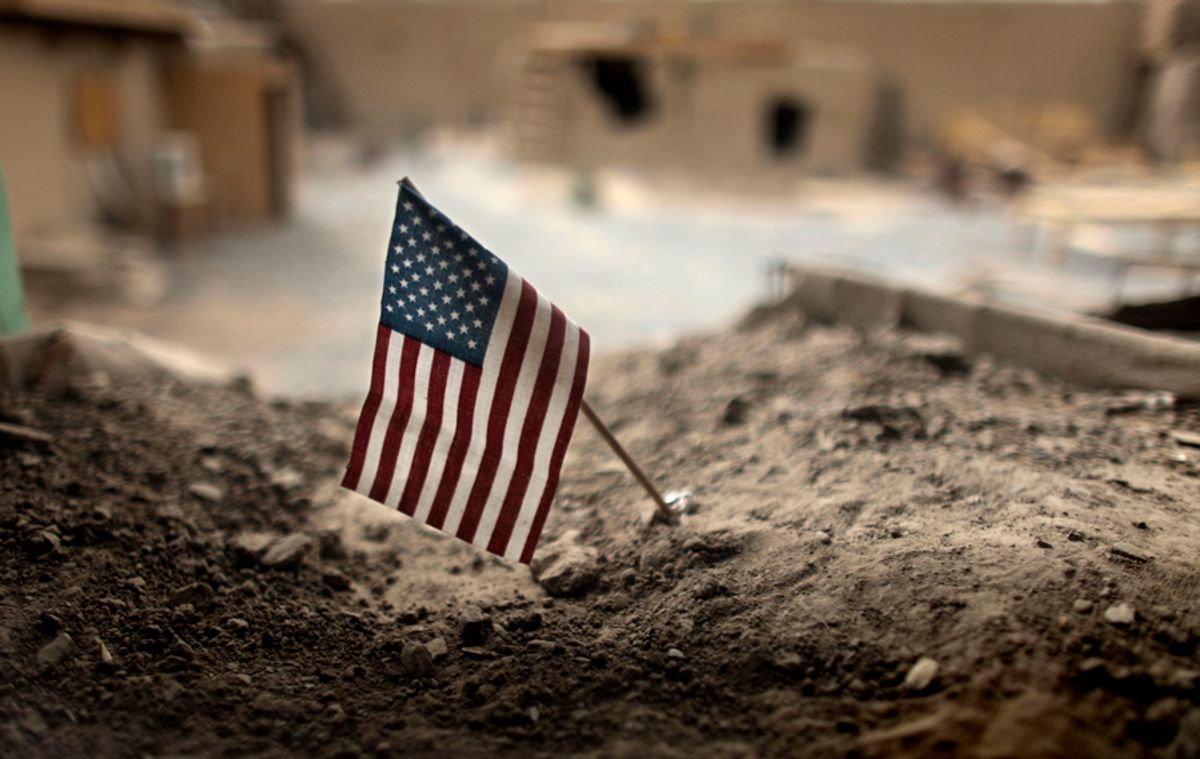 In January 1863, President Abraham Lincoln's charge to a newly-appointed commanding general was simplicity itself: "give us victories." President Barack Obama's tacit charge to his generals amounts to this: give us conditions permitting a dignified withdrawal. A pithy quote in Bob Woodward's new book captures the essence of an emerging Obama Doctrine: "hand it off and get out."

Getting into a war is generally a piece of cake. Getting out tends to be another matter altogether -- especially when the commander-in-chief and his commanders in the field disagree on the advisability of doing so.

Happy Anniversary, America. Nine years ago today -- on October 7, 2001 -- a series of U.S. air strikes against targets across Afghanistan launched the opening campaign of what has since become the nation's longest war. Three thousand two hundred and eighty five days later the fight to determine Afghanistan's future continues. At least in part, "Operation Enduring Freedom" has lived up to its name:  it has certainly proven to be enduring.

As the conflict formerly known as the Global War on Terror enters its tenth year, Americans are entitled to pose this question: When, where, and how will the war end?  Bluntly, are we almost there yet?

Of course, with the passage of time, where "there" is has become increasingly difficult to discern. Baghdad turned out not to be Berlin and Kandahar is surely not Tokyo. Don't look for CNN to be televising a surrender ceremony anytime soon.

This much we know: an enterprise that began in Afghanistan but soon after focused on Iraq has now shifted back -- again -- to Afghanistan. Whether the swings of this pendulum signify progress toward some final objective is anyone's guess.

To measure progress during wartime, Americans once employed pins and maps. Plotting the conflict triggered by 9/11 will no doubt improve your knowledge of world geography, but it won't tell you anything about where this war is headed.

Where, then, have nine years of fighting left us?  Chastened, but not necessarily enlightened.

Just over a decade ago, the now-forgotten Kosovo campaign seemingly offered a template for a new American way of war. It was a decision gained without suffering a single American fatality. Kosovo turned out, however, to be a one-off event. No doubt the United States military was then (and remains today) unbeatable in traditional terms. Yet, after 9/11, Washington committed that military to an endeavor that it manifestly cannot win.

Rather than probing the implications of this fact -- relying on the force of arms to eliminate terrorism is a fool's errand -- two administrations have doggedly prolonged the war even as they quietly ratcheted down expectations of what it might accomplish.

In officially ending the U.S. combat role in Iraq earlier this year -- a happy day if there ever was one -- President Obama refrained from proclaiming "mission accomplished."  As well he might: as U.S. troops depart Iraq, insurgents remain active and in the field. Instead of declaring victory, the president simply urged Americans to turn the page. With remarkable alacrity, most of us seem to have complied.

Perhaps more surprisingly, today's military leaders have themselves abandoned the notion that winning battles wins wars, once the very foundation of their profession. Warriors of an earlier day insisted: "There is no substitute for victory."  Warriors in the Age of David Petraeus embrace an altogether different motto: "There is no military solution."

Here is Brigadier General H. R. McMaster, one of the Army's rising stars, summarizing the latest in advanced military thinking:  "Simply fighting and winning a series of interconnected battles in a well developed campaign does not automatically deliver the achievement of war aims."  Winning as such is out. Persevering is in.

So an officer corps once intent above all on avoiding protracted wars now specializes in quagmires. Campaigns don't really end. At best, they peter out.

Formerly trained to kill people and break things, American soldiers now attend to winning hearts and minds, while moonlighting in assassination. The politically correct term for this is "counterinsurgency."

Now, assigning combat soldiers the task of nation-building in, say, Mesopotamia is akin to hiring a crew of lumberjacks to build a house in suburbia. What astonishes is not that the result falls short of perfection, but that any part of the job gets done at all.

Yet by simultaneously adopting the practice of "targeted killing," the home builders do double-duty as home wreckers. For American assassins, the weapon of choice is not the sniper rifle or the shiv, but missile-carrying pilotless aircraft controlled from bases in Nevada and elsewhere thousands of miles from the battlefield -- the ultimate expression of an American desire to wage war without getting our hands dirty.

In practice, however, killing the guilty from afar not infrequently entails killing innocents as well. So actions undertaken to deplete the ranks of jihadists as far afield as Pakistan, Yemen, and Somalia unwittingly ensure the recruitment of replacements, guaranteeing a never-ending supply of hardened hearts to soften.

No wonder the campaigns launched since 9/11 drag on and on. General Petraeus himself has spelled out the implications: "This is the kind of fight we're in for the rest of our lives and probably our kids' lives."  Obama may want to "get out."  His generals are inclined to stay the course.

Taking longer to achieve less than we initially intended is also costing far more than anyone ever imagined. Back in 2003, White House economic adviser Lawrence Lindsey suggested that invading Iraq might run up a tab of as much as $200 billion -- a seemingly astronomical sum. Although Lindsey soon found himself out of a job as a result, he turned out to be a piker. The bill for our post-9/11 wars already exceeds a trillion dollars, all of it piled atop our mushrooming national debt. Helped in no small measure by Obama's war policies, the meter is still running.

So are we almost there yet?  Not even. The truth is we're lost in the desert, careening down an unmarked road, odometer busted, GPS on the fritz, and fuel gauge hovering just above E. Washington can only hope that the American people, napping in the backseat, won't notice.