Why we shouldn't wait for Superman 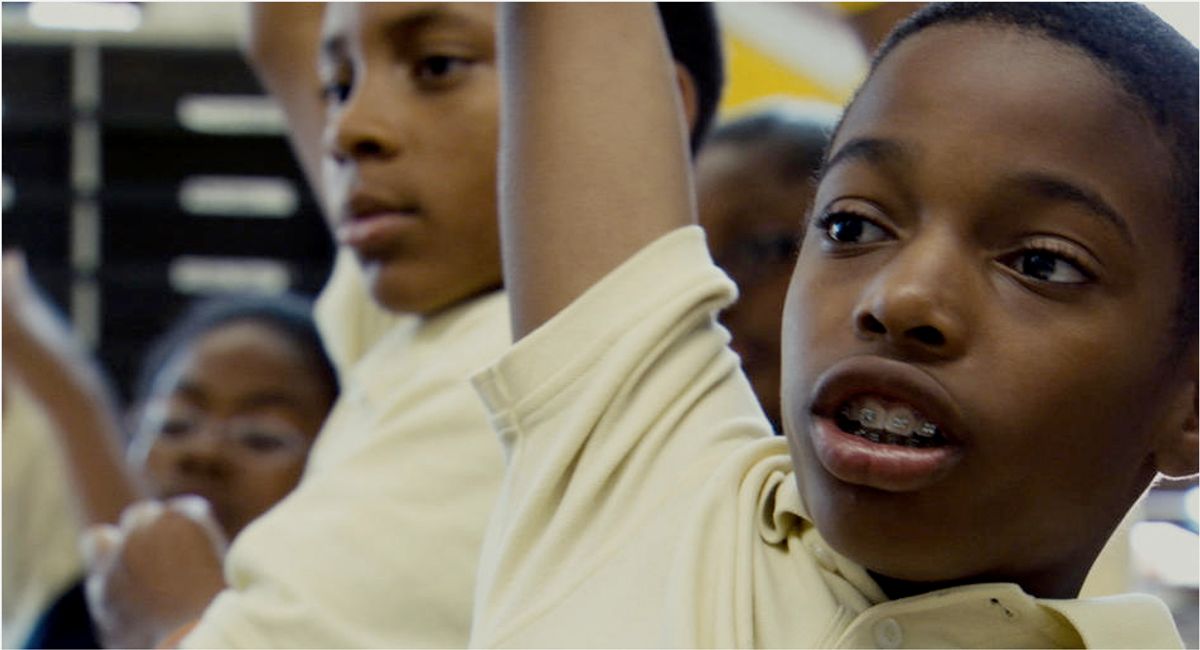 A still from "Waiting for Superman"
--

The new documentary "Waiting for Superman" has unleashed a long overdue national debate on the dire state of America’s public schools. Unfortunately, it’s too narrow of a debate.

The filmmakers and their school reform allies on Capitol Hill argue the vast majority of the blame for falling test scores can be laid at the feet of teachers unions -- and teachers unions counter that it’s stingy, test-happy politicians who are the true obstacles.

Meanwhile, elected officials from both sides of the aisle dawdle and are letting a truly transformative innovation -- the Promise Neighborhoods program -- wither on the vine.

One of President Obama's key anti-poverty initiatives since his days on the campaign trail, Promise Neighborhoods (based on the Harlem Children’s Zone model) capitalizes on a rarely recognized fact about our children’s success -- it’s not just about the school, it’s about the community. The hyper-focus on teacher quality -- while important -- obscures the reality that there are many other significant challenges facing poor children.

When Arne Ducan announced the 21 geographically diverse winners of Promise Neighborhoods planning grants late last month, he lit the fuse on what we hope will be a complete reimagining of the way we empower poor children. Rather than just focusing on the eight hours a day a child is in school, Promise Neighborhoods looks at a child’s full 24 hours -- wrapping them in a pipeline of education, health and social supports from birth to college.

But nervous moderate Democrats (and lockstep Republicans) fearful of spending any money in this crazed anti-spending environment have abandoned the promise of Promise Neighborhoods -- slashing President Obama’s $210 million FY 2011 budget request by as much as 90 percent.

It is short-sighted to allow a proven, pragmatic idea like Promise Neighborhoods to go untested. More than 330 communities applied for the first 21 planning grants -- the hunger is there. President Obama’s $210 million request was supposed to take the program to the next step: to empower communities to go beyond planning and actually implement some of these innovations. Instead, politicians who are always praising "innovation" and "new thinking" are keeping this program from ever getting off the ground and proving itself a worthy investment.

HCZ head Geoff Canada -- a hero of the school reformers -- will tell you that it is these out-of-school efforts that have helped boost Harlem kids’ test scores as much as anything done inside the classroom. But, too often, these common-sense truths -- hungry children learn less; asthmatic children miss school; children who were read to find it easier to learn to read -- are missed in the current reform debate.

Promise Neighborhoods is not, at heart, about school reform. It is a proven model to stop the devastating cycle of intergenerational poverty.

The recent federal poverty numbers show we cannot wait any longer. America is hemorrhaging talent. One in four black and Latino people in America live in poverty. Tomorrow's knowledge economy will require millions of skilled workers that we are simply not producing.

But leaders in Washington aren’t listening. The House cut the president's budget $210 million request down to $60 million and the Senate slashed it even further, down to just $20 million. It’s not clear how much -- if at all -- Congress will eventually invest in this program.

To put that in perspective, HCZ’s budget this year was $48 million to cover only a 97-block area in Harlem. Even with the local matching funds that would be required to earn an implementation grant, it is absurd to think that we can seed transformative change across America with less than half the funding it takes to run HCZ for a single year.

In the meantime, we'll see this innovation being seeded in nearly two dozen communities thanks to the planning grants. From Los Angeles' Boyle Heights to the Mississippi Delta to the Northern Cheyenne Reservation in Montana, change is coming -- but Congress must do more.

The crisis facing American education cannot be solved by one loud voice, one large grant, one strong leader, or even one great teacher. It can only be solved if we all work together -- nationally and locally -- to bring children all the support they need to succeed.

We must remember that schools finish the job that communities start. Promise Neighborhoods creates a strong foundation on which all other reforms can build. We must invest in change now, before we waste the talents of more of our children