Conservatives freak out, call for boycott over Halal line of soups by Campbell's Canada 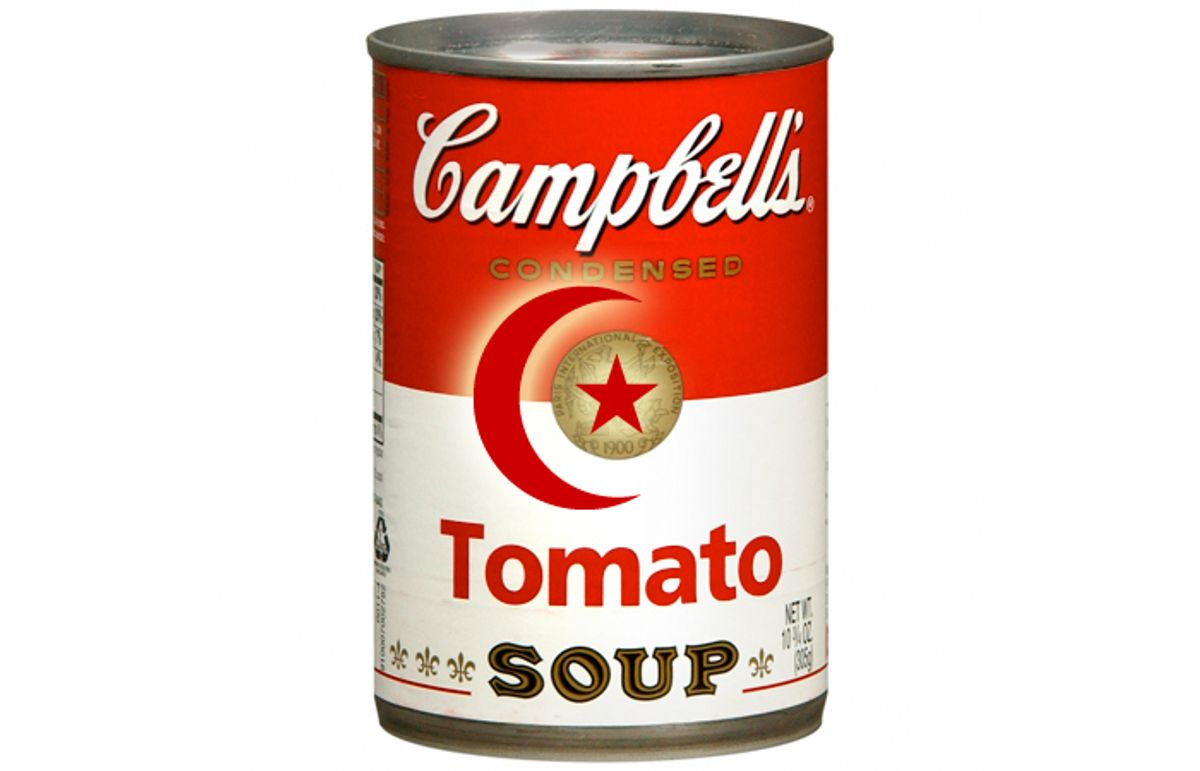 Via Rachel Slajda at TPM: The anti-Islam wing of the conservative movement is setting its sights on Campbell's Canada's now year-old decision to release a line of Halal-certified soups and broths.

Pamela Geller, the blogger who is largely responsible for whipping up the "ground zero mosque" story (which also went unnoticed for nearly a year before it became a national controversy), has a post up on Campbell's titled, "M-M-M-M-M-Muslim Brotherhood Good?" She calls for a boycott of the company, and there is now a Facebook boycott group with over 2,000 members.

Halal foods, of course, are merely those that hew to basic Islamic dietary laws such as a ban on pork products.

Geller and her cohort have seized on the fact that the Campbell's Halal line is certified by the Islamic Society of North America, a large and mainstream Muslim umbrella group. It clearly denounces terrorism and has widespread support among non-Muslim religious and political leaders. But according to Geller, ISNA is "Hamas-linked." So if you buy Campbell's soup, you, too, are now Hamas-linked, and may be charged with material support for terrorism.

Also, we've reached out to Campbell's for comment on this, and we'll update this post if we hear back.