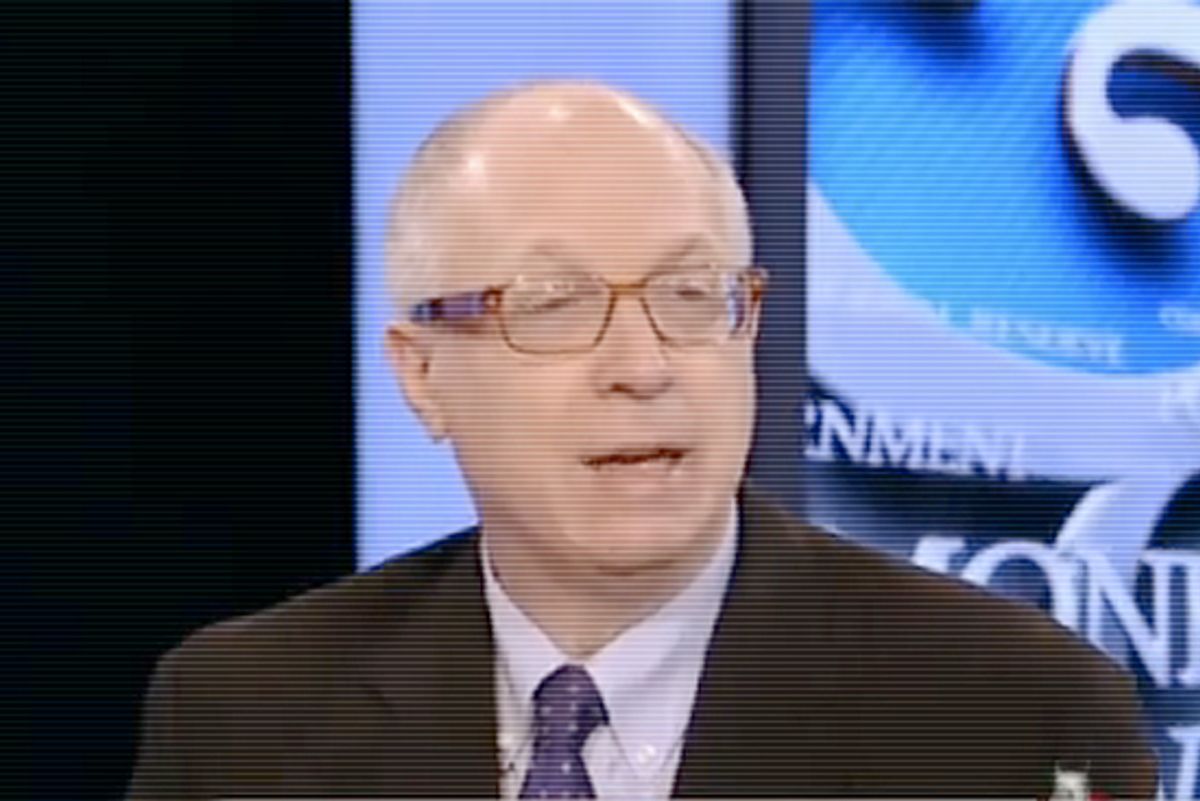 Famed "Democratic" pollster Doug Schoen can commonly be found on Fox News explaining that Democrats are bad and wrong. Sometimes he writes op-eds with fellow "Democrat" Pat Caddell about how awful and disappointing Barack Obama is because of his constant race-baiting and class warfare. (And sometimes he writes, for Fox, that the Democratic party needs a "bold, centrist agenda that focuses on fiscal discipline ." Also Barack Obama's next chief of staff should have "tires fo the business community.")

Obviously, as a longtime, prominent Democrat, Doug Schoen is doing everything he can to help out in the upcoming midterm elections. For example: He's a special guest at a fundraiser for a congressional candidate from New York this Sunday. The candidate is Republican John Gomez. As Media Matters reports, Gomez may not be a Democrat, but he's a part of Schoen's real family: Fox News.

The invite refers to Schoen as a "top political strategist," and not, as Fox invariably refers to him, a "Democratic pollster."

This centrist Democrat's advice for the Democratic party can be boiled down to one bullet point: Be Republicans.