An ex-Marine running for Congress was charged with murder for killing two Iraqi prisoners; case was later dropped 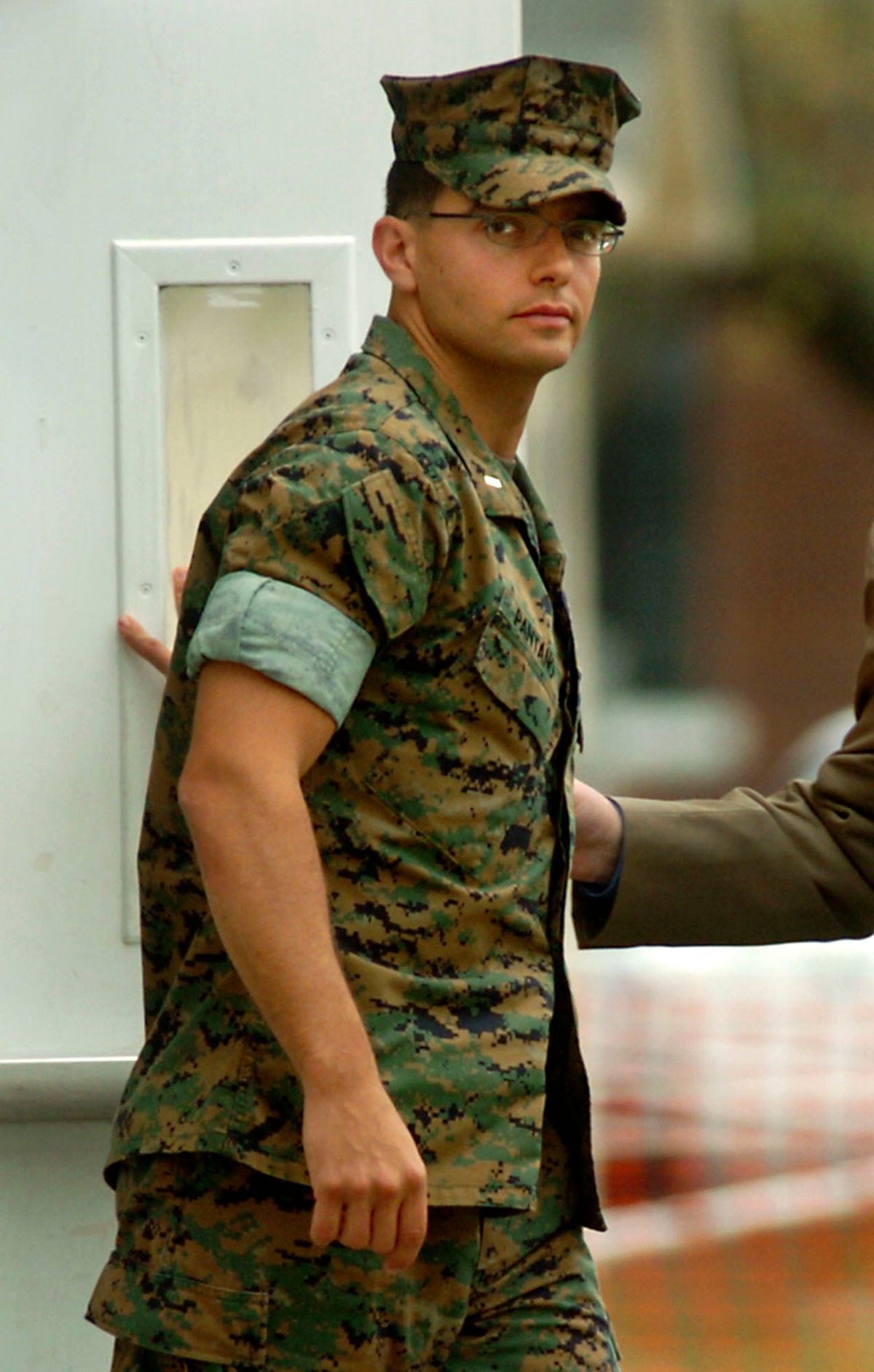 U.S. Marine Second Lt. Ilario Pantano exits the Legal Support Service Courtroom for a recess during his second day of his Artical 32 hearing Wednesday, April 27, 2005, in Camp Lejeune, N.C. Pantano, 33, is accused of murder for shooting two Iraqis in the back during a search for a terrorist hideout last year. (AP photo/Sara D. Davis) (Sara D. Davis)
--

Last month we told you about Iraq War vet Ilario Pantano, a Republican congressional hopeful who has a real shot at taking out incumbent Rep. Mike McIntyre (D-NC). In Iraq in 2004 Pantano shot two unarmed Iraqi prisoners, unloading up to 60 rounds, and then placed a sign next to their bodies with a Marine slogan, "No better friend, no worse enemy."

Charges of premeditated murder against Pantano were aired in 2005 in an Article 32 hearing, which helps determine whether there is enough evidence to go forward to a court martial. The military ultimately agreed with Pantano's version of events, in which the two Iraqi men made a threatening movement toward him, and decided to drop the charges. Officials also opted not to subject Pantano to nonjudicial punishment for desecrating the bodies of the two men (by reloading his rifle and emptying another magazine into the men after they were already dead).

Perhaps fearing a backlash in a district with a sizable ex-military population, Pantano's Democratic opponent has so far not made an issue of the murder case.

But now, a transcript of the hearing in which the the murder charges were aired in 2005 has been posted by an anonymous anti-Pantano blog. (Read it in full below.) The nearly 800-page document offers dramatic details about the case, and paints an often brutal picture of the Iraq War.

The release of the transcript comes as Pantano is facing renewed criticism of his past -- from the right. Deborah Johns, a former vice chair of Tea Party Express and an ally of a candidate Pantano beat in the GOP primary, this week endorsed Pantano's Democratic opponent, citing concerns about Pantano's war record. Johns, whose son is a Marine who served in Iraq, told Salon that reading the transcript of the hearing in the murder case convinced her that she could not support Pantano.

"I understand war is a dirty, ugly thing, I get that," she said. "But I sat there sickened" reading the transcript.

Here's a sample of the prosecutor's closing statement: And from Pantano's attorney's closing:

Among the other interesting details: Pantano's attorney questions the credibility of an unfriendly witness by raising his role in an incident in which dogs were beaten to death with baseball bats on a military base in Iraq.

It's a fascinating primary document about a man who may well be a member of Congress come January. Here it is: