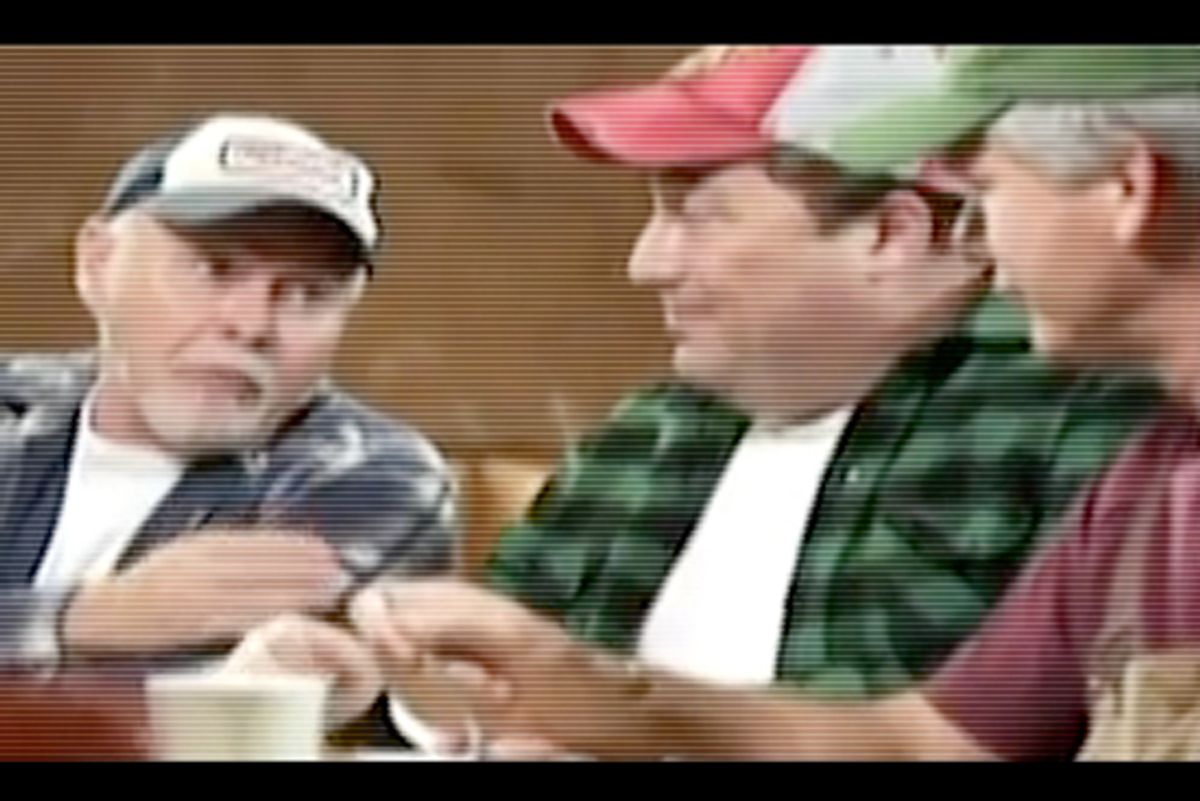 So. Here's an ad from Ohio's Republican gubernatorial nominee John Kasich, in which a man complains that Democratic Governor Ted Strickland made all the steelworkers lose their jobs.

And here, via TPM and Joan Walsh is an video from the Ohio Democratic party, in which that complainy man is revealed to be nothing more than... a professional actor!

And here is a (probably NSFW) picture of that man with a stripper, courtesy a local blogger.

In a state like Ohio, where lots and lots of people are out of work, you should be able to easily find a real jobless Ohioan willing to trash the governor for a quick paycheck. But that Ohioan might not read his lines as convincingly at this guy, so I can understand why Kasich opted for a professional.

And, it turns out, that is not even the worst campaign ad misstep of the day. Mike Allen reports on a dumb move by Republicans on behalf of West Virginia Senate candidate John Raese, a wealthy industrialist polling surprisingly well against one-time favorite Gov. Joe Manchin. The NRSC was running one of those ads in which a bunch of blue-collar guys at a diner complain about a politician. In this ad, salt-of-the-earth West Virginians express their displeasure with President Obama, and worry that Joe Manchin will be corrupted by the socialism.

Of course, the ad was filmed in Philadelphia, the guys are professional actors, and the casting call was amusingly insulting to real West Virginians.

Wardrobe:
- We are going for a ‘Hicky’ Blue Collar look. These characters are from West Virginia so think coal miner/trucker looks

The NRSC has pulled the ad from its YouTube account (and from the airways), but it was played on MSNBC this morning:

Political consultants with contempt for the Real Americans they're constantly condescending to? What next, a politician who defines "middle-class" as a six-figure income?