The five most anti-Muslim ads of the year (so far)

From Iowa to Ohio to Florida to New York, 2010 has become the year of the Muslim-baiting campaign ad 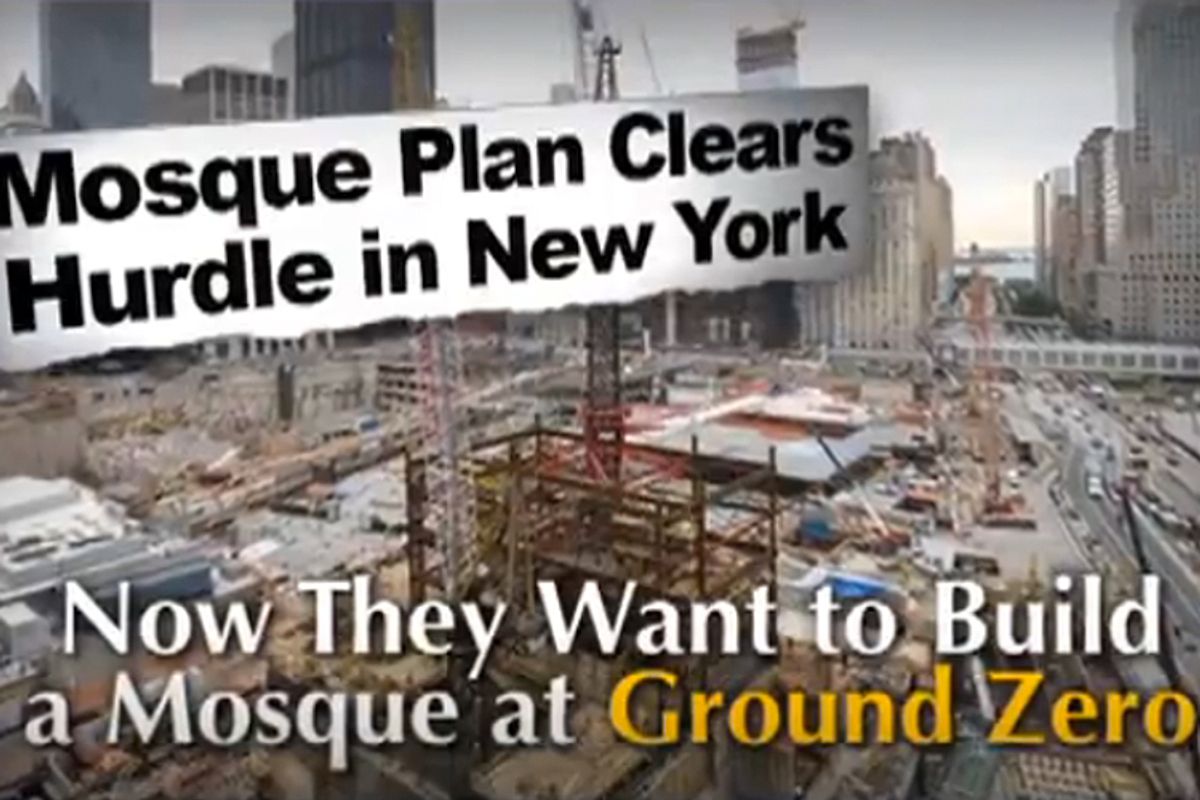 There's still about a month until Election Day, but it's already safe to declare 2010 the year of the Muslim-baiting campaign ad.

Yes, there was the occasional flare-up in 2008, typically targeting Barack Obama. But since then, the associate-your-opponent-with-Muslims tactic has metastasized.

How did it happen? This is the first election cycle under a president whom many falsely believe to be Muslim. And lurking resentments and suspicions were stirred up even more by the "ground zero mosque" hysteria that began in May and raged all summer long. The topic became impossible to resist for conservative campaign strategists.

Here's a rundown of the five most notable such ads of the year -- so far: