The Texas golfer plot against California 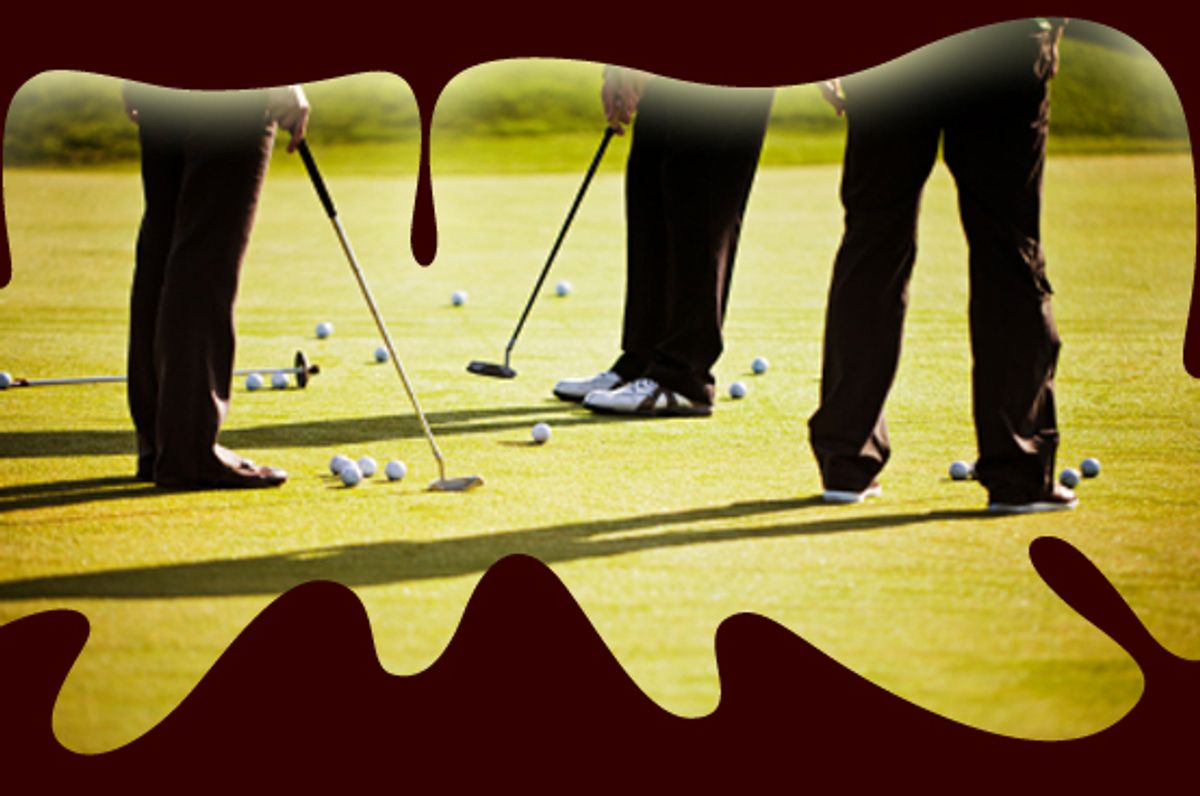 If you were watching a movie, and you saw a scene in which a group of oil company executives assembled on a Texas golf course and, in between making off-color jokes about Tiger Woods and shanking their drives, conspired together on how best to screw over California, you might well dismiss the plot twist as ludicrously heavy-handed. Enough with the stereotypes! Even the TV show "Dallas" was cleverer than that!

But reality is often far more stupid than fiction can ever hope to be. CaliforniaWatch environmental reporter Susanne Rust tells us today about a heretofore unsuspected link between the out-of-state funders of the Prop 23 campaign to gut California's climate legislation: They all play golf together.

California Watch has found that of the 10 out-of-state companies contributing to the "Yes on 23" campaign since mid-May, nine attended and contributed to Valero's 2009 charity annual golf tournament in San Antonio, Texas.

Valero would not release the 2010 roster to California Watch. However, since Valero began hosting the event in 2003, most of the same sponsors have returned every year, said Bill Day, Valero's spokesman.

OK, let's concede that Day has a point when he notes that it shouldn't be all that big a surprise that a bunch of energy companies would all be concerned about Californian laws that threaten to cut into their profits by forcing them to clean up their petrochemical polluting act. But it's still kind of funny. According to Rust, this year's tournament "ran from May 10 through May 16. Contributions from out-of-state companies started coming in on May 14." These guys were practically writing checks while walking down the fairway!

The good news, for Californians who want to keep the state's tremendous clean energy investment boom rolling along, is that lately, the No on Prop 23 campaign has been raising ridiculously more cash than the Yes on 23 folks.

As it turns out, the No on 23 campaign is outspending the Texans. Big time. Case in point: Over the past few days, the No forces have collected $5 million from venture capitalists, New York financiers, renewable energy companies, and other deep-pocketed backers, according to California Secretary of State records.

The Yes campaign, meanwhile, has received only a single $10,000 donation over the past week, from a Houston company that provides services to the oil and petrochemical industries. The last big contribution to the Yes coffers was a $100,000 donation made on Sept. 13.

(I can only assume that No on 23 strategy sessions were conducted while playing Ultimate Frisbee and grinding up hills on grueling century rides.)

An illuminating illustration of the geographical distribution of Prop 23 campaign finance contributions can be found here.