So, you think you know what a "person" is?

The definition may seem simple now, but new technologies are poised to make it a whole lot tougher 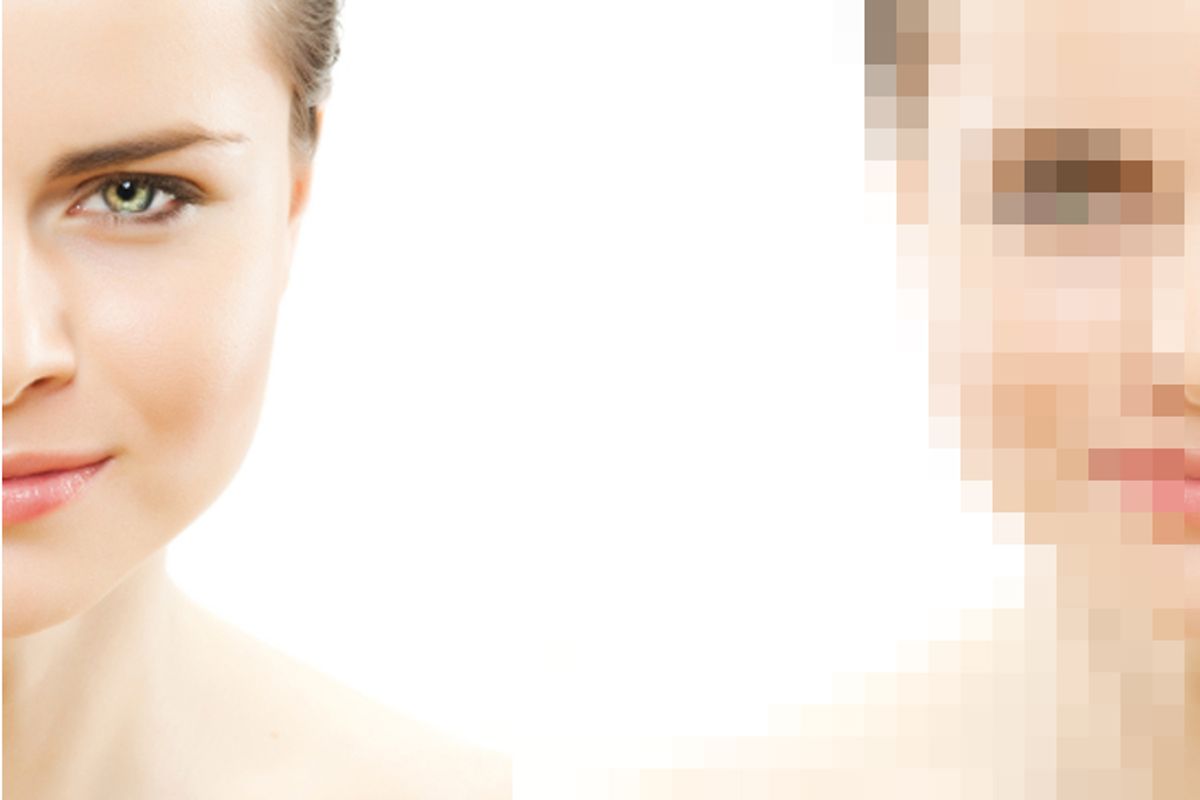 Last week, I defined a right as a certain advantage or form of protection that all persons are entitled to by virtue of their personhood. Of course, all that definition does for us is open up two ancient arguments: What do persons deserve? And what is a person?

The first question might seem a lot more difficult than the latter. Presumably, we should be able to use the Justice Stewart argument for defining personhood: You know it when you see it. Most of us encounter many persons every day, and nearly all of us are well practiced at distinguishing the persons in our lives -- our family, for example -- from other physical entities, such as chairs.

But as Adam Serwer points out in his fascinating article from this month’s issue of the American Prospect, emerging technologies might make separating the persons from the non-persons a lot more difficult than we’re used to. It may just be a matter of decades, maybe even years, before we’re forced to examine cyborgs, genetically modified clones, and even sentient computers, and ask ourselves: Are these persons? Do they have the same rights I do?

In fact, our modern understanding of personhood is already more muddled than we usually like to admit, even when you remove science fiction overtones from the debate. Where you fall on whether a woman has a right to terminate her own pregnancy likely has a lot to do with whether you believe the fetus in her womb is already a person. And recently, some animal rights proponents have argued that non-human animals are nonetheless partial or full persons; a growing segment of the scientific community believes that dolphins are non-human persons, and two years ago Spain's Parliament voted to grant great apes civil liberties.

At this point, maybe about half of you are vigorously nodding your heads in agreement, while the other half are snorting derisively. But even if a permanent consensus on this problem is beyond our reach, we should be able to agree on the problem itself: the lack of a universal, coherent legal framework for defining personhood and assessing the rights of all persons, be they human, animal or other.

If there is an answer, I suspect that it lies not in existing law, but in philosophy. So I sent an e-mail to Neil Sinhababu, a professor of philosophy at the National University of Singapore, known to the liberal blogosphere as one half of the political blog Donkeylicious. Sinhababu is a hedonic utilitarian, meaning that he believes moral goodness lies in whatever maximizes the aggregate amount of pleasure being experienced by all conscious beings. In 2006, he wrote an article -- also for the Prospect -- in which he argued that human fetuses are not persons, and that non-human persons -- and even some non-human non-persons, like kittens -- should be accorded higher moral status than the human unborn.

Via e-mail, Sinhababu told me that, "what makes something a person is that it can experience happiness and suffering, and that we can promote its welfare and ours by giving it a certain set of legal protections and permissions." That’s a broad view of personhood, which, while it might not include human fetuses, nonetheless extends to nearly any feeling entity that can be said to have welfare.

It’s also not a view shared by many people (or human people, anyway), according to Yale professor Joshua Knobe. Knobe is among the leading figures in an expanding field called experimental philosophy, which combines neuroscience and philosophy to examine how we form our philosophical intuitions. In a phone interview, he told me that people tend to use two different criteria to define a person: a capacity for complex reasoning skills, and what he called "phenomenological traits" -- the ability to experience strong emotions. Sinhababu’s definition only examines the latter category.

“[Throughout history] a lot of philosophers thought that there was one notion that makes up a person,” said Knobe. But his work shows that most people disagree. When asked to imagine "a robot exactly like a human," they will argue that it is not a person because it can’t possibly have genuine phenomenological experiences like pleasure and pain. Animals, on the other hand, "have phenomenological traits but not complex reasoning," so they can't be persons either. The consensus: Only humans have both, and therefore only humans can be persons.

However, even entities that aren’t full persons can have varying degrees of moral or legal status. "A newborn baby can never be guilty or innocent," he said, because they don't yet have the ability to reason. "But you can be guilty of doing wrong to it," because they can nonetheless feel pain. Even those who don’t think animals are persons tend to object to senseless animal cruelty. Could an artificial intelligence with no phenomenological traits nonetheless be considered guilty of doing harm to a person?

In terms of inclusiveness, my own view lies somewhere between Sinhababu's and the consensus articulated by Knobe. It is closest to the existential-phenomenological view of Jean-Paul Sartre, with some caveats that I won’t go into here. For Sartre, the meaningful distinction was between "être-en-soi" (being-in-itself) -- inanimate objects and other entities that are incapable of self-reflection -- and "être-pour-soi" (being-for-itself) -- that which can step outside itself, observe itself, and, in Sartre’s terminology, negate itself. To put it another way: the être-pour-soi is, in the language of countless science fiction stories about evil thinking machines, that which is self-aware.

All of these definitions share a problem: They are based in metaphysical, and therefore unverifiable, criteria. Even if we achieve consensus over a single definition of personhood, it seems there is no way to prove that any entity meets that definition; not a robot, not a clone, not even you or I. In philosophy, this is known as the philosophical zombie problem: If we can conceive of an entity that exhibits all the behavior of a person but is not one, how can we say that anyone is a person with any certainty? For the courts -- no strangers to uncertainty, them -- the only way out of that dilemma might be by way of something similar to "reasonable doubt": that is, unless we can establish with any certainty that something is not a person, it should be considered to have the legal protections and obligations of one.