Sharron Angle's pastor on Harry Reid: "His religion's a cult" 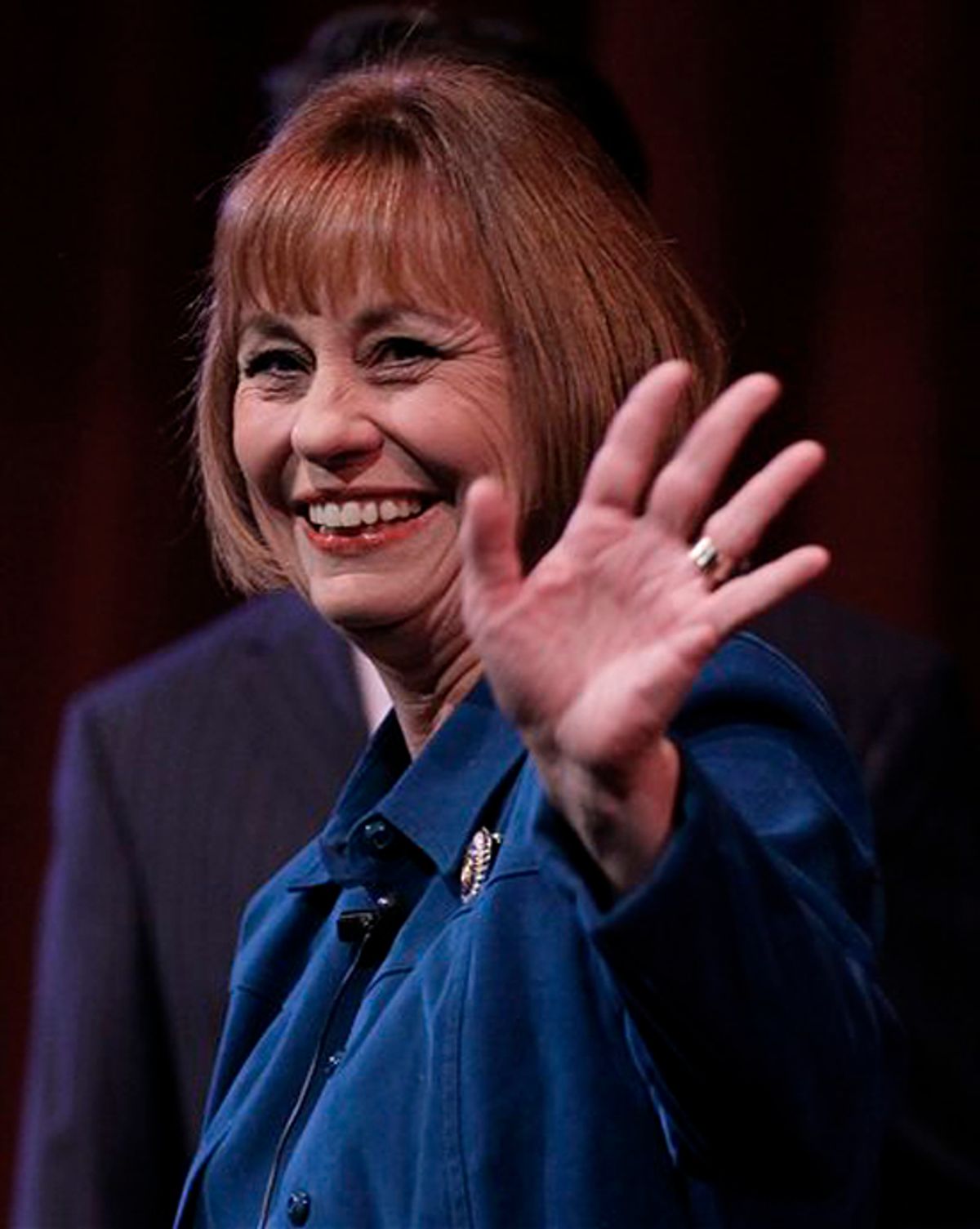 Sharron Angle, Senate Majority Leader Harry Reid's wonderfully/scarily nutty Republican challenger, invokes the Bible a lot. It's not just an act for the public, either -- she compared herself to a biblical figure in a secretly taped private conversation. She has a tendency to speak of herself as a warrior for God, on a divine mission to defeat the Democrats, and their First Commandment-violating entitlement programs. She says the separation of church and state is "unconstitutional." So her Christianity is a big deal. A reporter for the Reno News & Review got the bright idea of going to her church, and meeting its pastor.

Angle's Nevada Legislature bio lists Sonrise Church in Reno as her place of worship. Sonrise says it's "a mixture of contemporary worship, Calvary Chapel verse by verse teaching, and a Baptist Bible based foundation.”

Services at Sonrise were apolitical. In private conversation, though, pastor John Reed repeats Angle's evangelical interpretation of church-state separation, shares her opposition to abortion under any circumstances, and says liberal politicians can't be true Christians. He also had this to say, about Harry Reid:

The LDS church, in fact, pushes one of Pastor Reed’s buttons, and the fact that Harry Reid is a member seems to be only a part of the reason.

“His religion’s a cult,” Pastor Reed said. “The Christian community—all the Christians, theologians and scholars, all recognize that, that Mormonism is a cult. I have books in my library on cults, and it lists Mormonism right there with all these bizarre cults. Well, there must be a reason. I mean, here a member of a cult is one of the most powerful people in the United States. Doesn’t that alarm you? And his allegiance is to Salt Lake City. Something is up with that. Something’s weird. But nobody touches that. … Harry Reid’s allegiance is to Salt Lake City. The Mormon church is rich, powerful, they do illegal things. They do secretive things. They’ve got all this money. They own American businesses. There’s weirdness going on there. Churches are not multi-millionaire organizations like the Mormon church. You know, there’s some weirdness with that, but nobody questions it, nobody asks one question to Harry Reid and says, ‘Tell us about your faith. What does a Mormon believe?’ Ask him about the holy garments that he wears that protect him from evil. Isn’t that kooky? Ask him about getting his body parts anointed by oil. Isn’t that kooky? Ask him about when he goes to the temple and he gets baptized for dead people. Isn’t that kooky? Ask him about the hit squad of the Mormon church and why they need people to kill Mormons that go against them. Isn’t that controlling? Ask him how they shun people, then they get their family members to disown them and divorce them if they dare leave the Mormon church. Isn’t that cultish? I mean, I could go on and on. The Mormon church is a cult, and Harry Reid is a powerful person in a cult, and nobody even questions it.”

He suggested Reid has made “secret promises” to the LDS church.

So there you have it. Mormonism is a "cult," engaged in weird, illegal things, and Harry Reid is their secret agent.

Tying politicians to their pastors is a dicey business, and Reed says Angle also worships at a separate church called Fellowship Community Church, but considering how closely Angle's stated political positions track with Reed's comments on other issues, it seems totally fair to ask Angle if she agrees with his characterization of the Mormon faith and Reid's relationship to the Church of Latter-Day Saints.

(Mormons, it should be noted, make up a about 11 percent of the population of Nevada.)