Sharron Angle warns that Muslims have taken over American cities 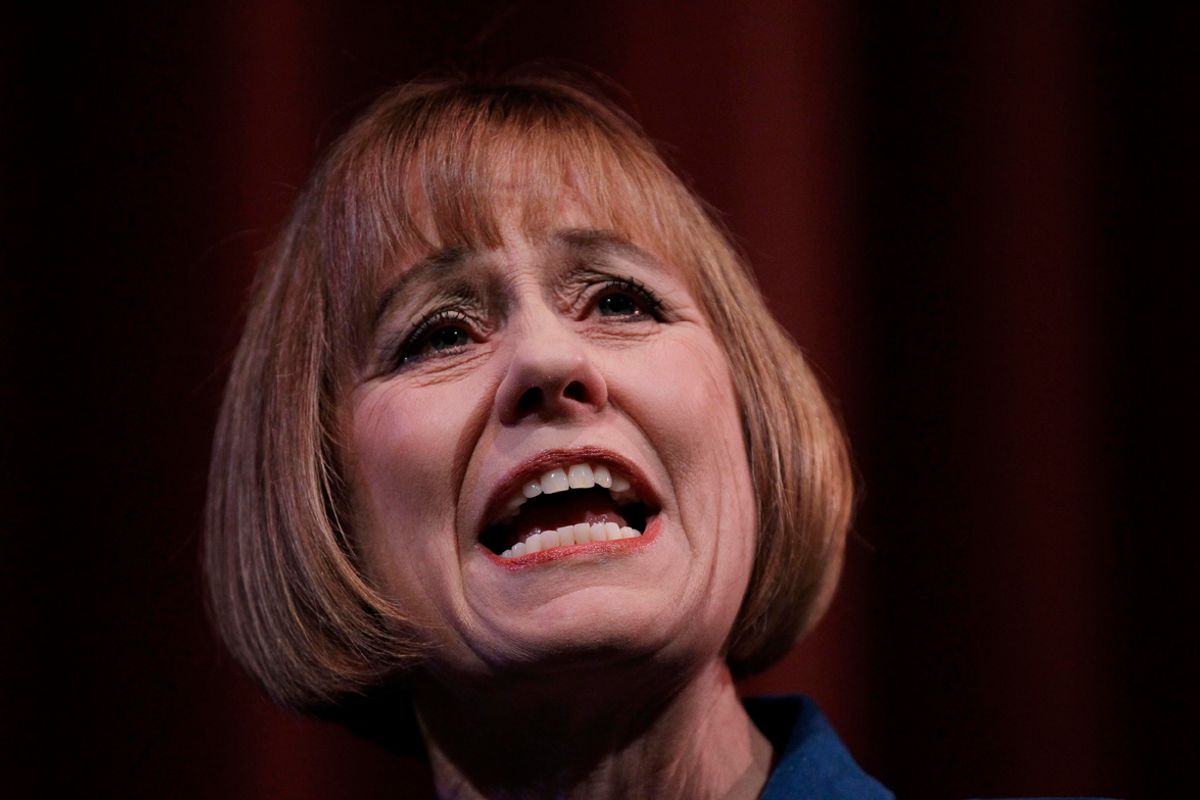 Sharron Angle said another stupid thing. This time, though, it wasn't just incoherent and incorrect -- it was also a blatantly bigoted if inept attempt at fear-mongering about American Muslims. Angle seemed to say that the sharia law had already taken hold in two American cities.

Asked by a voter whether or not Muslims were trying to take over the United States, Angle thought this was a reasonable response:

We're talking about a militant terrorist situation, which I believe isn't a widespread thing. But it is enough that we need to address, and we have been addressing it. My thoughts are these. First of all, Dearborn, Michigan, and Frankford, Texas, are on American soil, and under Constitutional law. Not sharia law. And I don't know how that happened in the United States.

It seems to me there is something fundamentally wrong with allowing a foreign system of law to even take hold in any municipality or government situation in our United States.

So, terrorism isn't that widespread, but the Muslims have installed their foreign laws in two American cities.

Dearborn has a large Muslim community -- the Muslim community there dates back more than a hundred years, so they really took their time installing sharia -- but, as the AP amusingly puts it, it "was not immediately clear why Angle singled out Frankford, Texas, a former town that was annexed into Dallas around 1975."

It's hard to argue against a jumble of half-remembered anti-Islam talking points and conspiracy theories, but, for the record, Muslims are not going to take over America and install sharia law.