Shortly after failing to get F.D.A. approval, flibanserin has been abandoned 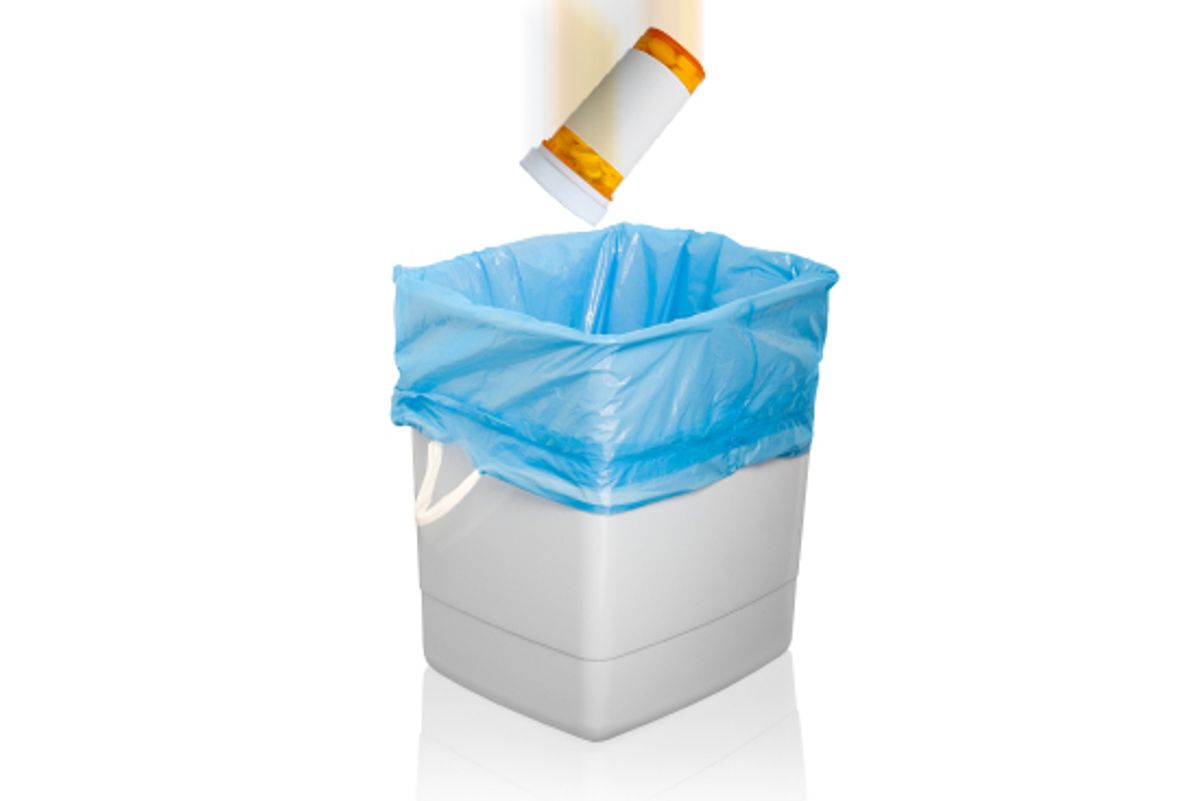 Garbage can. Isolated on white background.
--

Another competitor has bowed out of the race for the elusive "pink pill." Drugmaker Boehringer Ingelheim announced Friday that it has abandoned development on flibanserin. The much-hyped drug was initially tested as an antidepressant and works by stifling serotonin while escalating levels of dopamine and norepinephrin. However, its makers made no secret of the fact that they didn't really understand "specifically what the exact mechanism of action is" for its influence on female desire.

Well, whatever that mechanism is, it didn't work well enough to earn Food and Drug Administration approval; a panel rejected it this summer, and this latest development is no doubt largely a result of that. "The decision was not made lightly, considering the advanced stage of development," a company representative said in a press release. (Also, you know they must have had good reason to jump ship, given the estimated annual market of $2 billion for such a drug.) "We remain convinced of the positive benefit-risk ratio of flibanserin for women suffering with [Hypoactive Sexual Desire Disorder]." The subtext is: We're only giving up because the FDA failed to recognize the wonders of our miracle drug.

The makers of flibanserin may have failed in their pursuit of the Holy Grail of a lady libido drug, but they're at least in good (or big-named) company. Pfizer, Gamble Co. and several others have had to abandon past attempts with pills and testosterone patches. And keep in mind, this is despite the key role drug companies have played in defining female sexual disorders and researching potential cures.