Why are there so few automatic landings?

Wouldn't it be safer? And what about automatic takeoffs? These and more of your burning questions 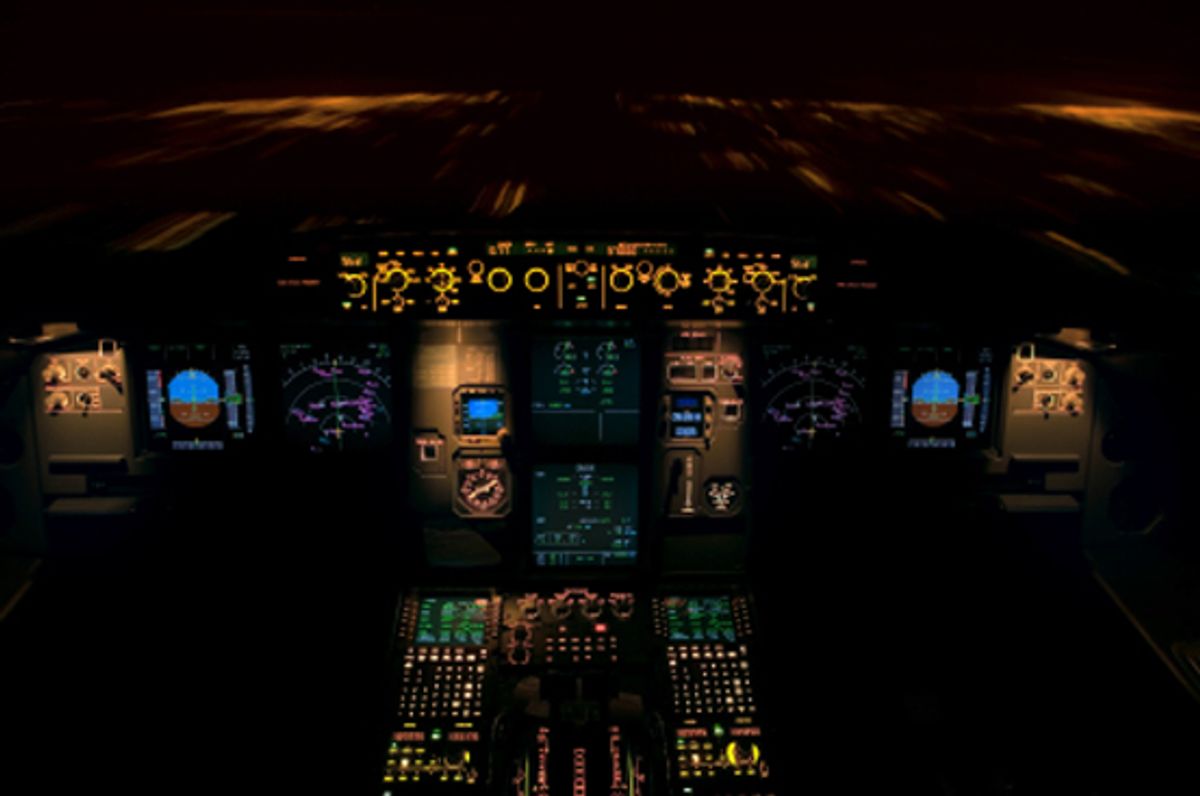 Ask the Pilot purists rejoice, it's an old-timey Q&A session. I've got a fat backlog of good, meaty questions, so expect more of these in the weeks ahead.

It feels to me that you downplayed the possibilities for disaster in your analysis of the gear-up landing at Kennedy airport two weekends ago. What if the friction of the wing, scraping down the runway, had ignited fuel in the right wing? And with this in mind, why do you suppose the pilot, knowing he was going to impact on the right wing, neglected to dump as much fuel as possible.

When it comes to dumping fuel, the intent is to reduce stress on the gear, brakes and airframe; it's not so much about reducing the fire hazard. In most situations, fuel is jettisoned only to the point required by the landing weight limit and/or runway length. In the JFK incident, the chance of a tank rupturing and catching fire was fairly remote. Even if a tank did rupture, remember that emergency crews were right there alongside the runway. A fire would have been very serious, obviously, but casualties would have been unlikely.

In any case, the Embraer regional jet, like many planes, does not have a fuel jettison system. For the most part, only larger commercial transports, for which extra-heavy landing weights are more problematic, have this capability. Not even a Boeing 757 has it.

For the Delta Connection crew, the only other choice would have been to delay their arrival, burning away as much fuel as possible. Intentionally or not, they effectively accomplished this while circling and troubleshooting for as long as they did.

What if a plane has the capability of dumping, but the situation is so urgent that there simply isn't time?

Then you land heavy. In a worst-case scenario you might blow some tires or, even less likely, run off the end of the runway, but the wings are not going to break off. In the wake of the Swissair crash near Halifax, Nova Scotia, some years ago, many people criticized the crew's decision to circle and dump fuel rather than make an immediate emergency landing after a fire erupted inside the forward cabin ceiling. The MD-11 eventually plunged into the Atlantic killing everybody on board.

In fact, overweight landings are not uncommon. They are never desirable, but neither are they dangerous, normally, and they happen from time to time thanks to medical emergencies or those occasions when a malfunction dictates a quick return or diversion. A maintenance inspection and sign-off are usually required prior to the next flight. What, exactly, needs to be inspected will vary plane to plane, and may depend on just how overweight the plane was at touchdown.

Not long ago I was working a flight on an aircraft -- a 757 -- that did not have fuel dump capability. Because of a pressurization failure, we needed to divert (limited to 10,000 feet, we no longer had enough fuel to reach our destination). But because the problem was not time-critical, the decision was made to burn away excess fuel rather than make an overweight landing. (Such decisions involve not only the crew, but dispatchers and maintenance personnel on the ground.) This meant flying at an unusually low altitude and extending the landing gear to increase drag. It was an unfortunate way of using up several thousand pounds of jet fuel, but was the best option under the circumstances.

How do we know how heavy the plane is at a given point? The flight management computer keeps track of it, based on the weight of fuel, cargo, luggage and passengers entered by the crew prior to departure.

And on those occasions when fuel is jettisoned, no, it does not splash to earth, soaking communities in rainstorms of dangerous kerosene. It vaporizes well before reaching the ground. There's nothing environmentally friendly about it, but one way or another that fuel is going to end up in the atmosphere.

Contrary to myth, crews never jettison fuel in routine operations, or to lighten the load for a normal landing. Those long trails of moisture often seen trailing from the wingtips during landing are streams of condensation, not fuel, formed by the rotation of air around the wingtips, flap fairings and other extremities. They are most obvious on takeoffs and landings when humidity levels are high.

When writing about the implausibility of remotely piloted aircraft, you wrote that "fewer than one of every hundred landings is performed automatically." You never mention why this number is so low. Is there a reason more landings can't be made automatically? Wouldn't this be the better and safer option?

Not really. Autoland capability is there if you need it, but as I've said before, an automatic approach and touchdown tends to be more work-intensive than the old-fashioned manual kind. And there is nothing really better about them other than the ability to sniff out a runway when the visibility sits at zero. If given the choice, why not land hands-on? It's easier, and it helps you maintain your skills. Autolands also have various restrictions. You can't perform them above certain headwind and crosswind limits, for example.

Aircraft (and pilots) that are autoland certified must maintain currency by logging a successful automatic landing so many times in such and such a time frame. We sometimes see a note on the flight plan asking that an autoland please be recorded in the next day or two. This is known to elicit a groan from the crew -- especially from those of us on international routes who don't get to log many landings in the first place.

What about automatic takeoffs? What percentage of takeoffs are still made by hand?

All of them. There is no such thing as an automatic takeoff. On the whole, takeoff is a much more critical maneuver than landing. There are more variables, more subjective inputs (determining the sudden need to abort, for instance), and unlike a landing it's a maneuver in which the level of inherent danger increases with every knot. Dependable and impressive as cockpit technology is, it hasn't come this far yet; there is simply no time, roaring down a runway at 170 miles per hour, to deal with any sort of automation glitch. For now, the safest and most reliable way of getting a plane in the air is by hand.

When it's my leg to fly, I typically hand-fly through 18,000 feet or so -- sometimes higher -- before turning one of the autopilots on. During this manual phase, the captain has the honor of communicating with air traffic control, running the checklists, working the flaps and slats, dialing in the speed, course and altitude changes -- and shooting me dirty looks for making him work so hard.