Black women and the marriage gap

A report finds the college-educated more likely to marry. That's long been the case for African-American women 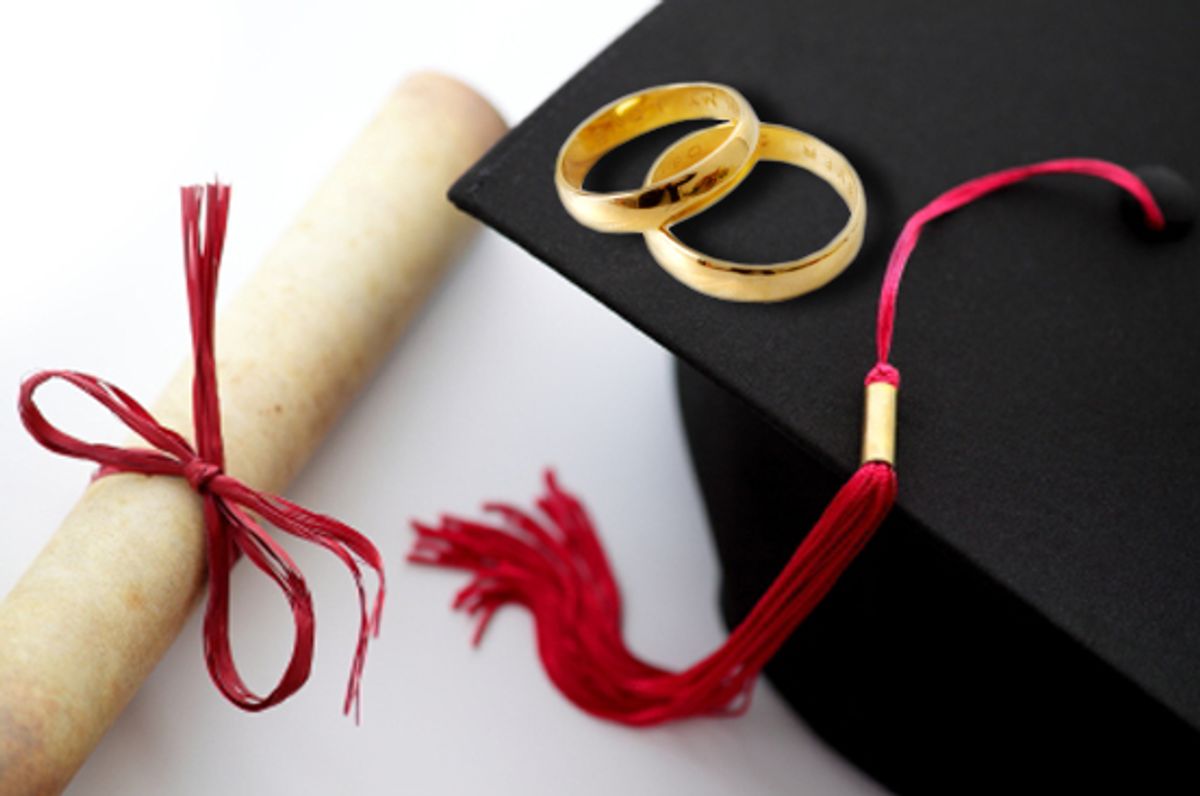 You might have read today that the "marriage gap" has been reversed. College-educated adults are now more likely to marry by age 30 than their lesser-educated counterparts. In other words: Women can bid farewell to the so-called "marriage penalty."

Only, black women did so a long time ago. That's the interesting and less-reported tidbit behind the headlines: This recent shift is largely due to change among college-educated white women. "For decades, college-educated men have been at least as likely to enter into marriage as their less-educated counterparts," says the Pew Research Center report. "Similar to men, better educated black females have been more likely to marry than less-educated black females for quite some time."

At the same time, the marriage rate has sharply declined among black women as a whole, and the marriage gap between college-educated black women and white women has grown dramatically. Last year, Yale sociology Professor Hannah Brueckner told UPI, "[Black women] are less likely than black men to marry outside their race, and, compared to whites and black men, they are least likely to marry a college-educated spouse."

This all raises a big question: Why did the "marriage penalty" disappear so long ago for black women? It's a complicated issue and there are, of course, many different theories out there, but for now I will leave you with some intriguing thoughts from an American Prospect piece by Cecilia A. Conrad, which is two years old, but relevant as ever:

Marriage has not historically been the route out of poverty for black women that it has been for white women. ... Single black mothers are not more likely to be poor because they are not married. They are likely to be not married because they, and their likely marriage partners, have poor economic prospects. For black women and black men, a good job may be a prerequisite for a good marriage.