"Disconnect": Why cellphones may be killing us 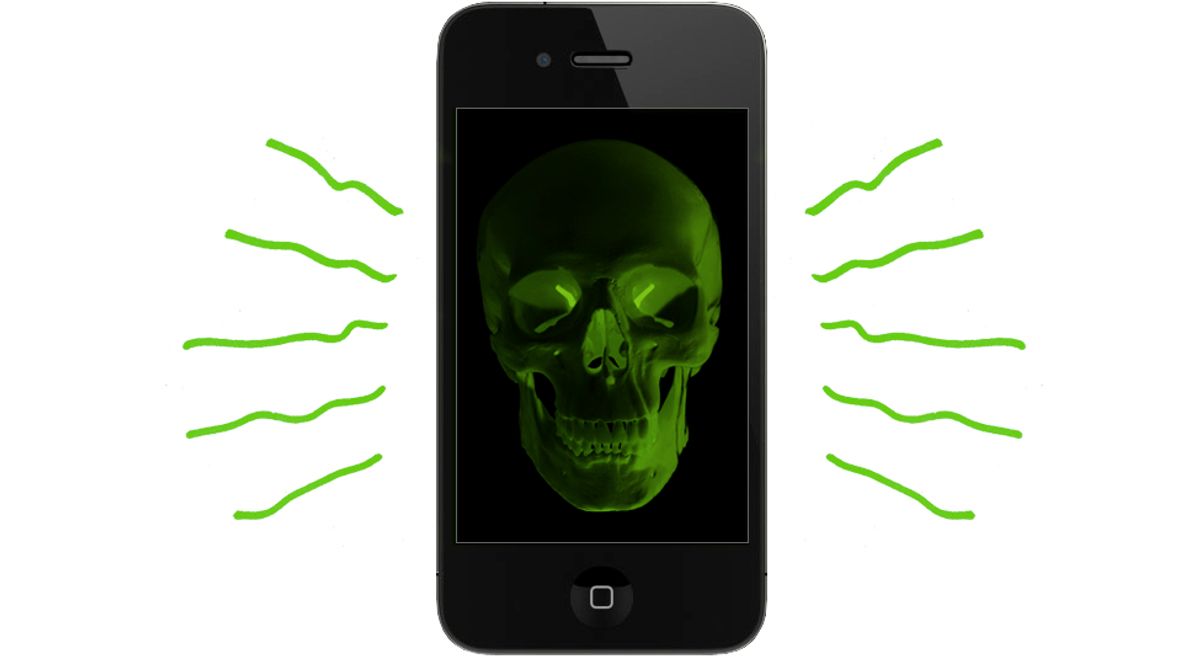 Strange how hard it is to remember a time before cellphones. Mobile phones have changed the way we spend our leisure time, the way we work and how we consume everything from groceries to news stories. Some countries even set up centers to treat those "addicted" to iPhones or BlackBerrys. But, as a new book shows, cellphones may actually be doing damage to far more than our attention spans -- and could, in fact, be killing us.

In "Disconnect," Devra Davis, a scientist and National Book Award finalist for "When Smoke Ran Like Water," looks at the connection between cellphones and health problems, with some disturbing results. Recent studies have tied cellphone use to rises in brain damage, cheek cancer and malfunctioning sperm. She reveals the unsettling fact that many new cellphones now come with the small-print warning that they are to be kept at least one-inch from the ear (presumably for safety reasons) and many insurance companies refuse to insure cellphone companies against health-related claims. Most troubling of all, science has shown that children and teenagers are particularly susceptible to cellphone radiation, raising questions about its effects on coming generations.

Salon spoke to Davis, via land line, about the real dangers of cellphone use, the industry's coverup and what we can do to protect ourselves and our children.

What to you is the most compelling evidence that links cellphones to brain cancer?

And what is the compelling evidence to suggest that cellphones might be tied to sterility in men?

In 2008, researchers found that men with the lowest sperm counts were significantly more likely to keep their phones on their bodies all the time. And it's been found that the sperm exposed to the highest level of radiation from the phone were the most deformed and the worst swimmers. An Australian team led by a fellow named John Aitkin believes that cellphone radiation weakens the ability of the sperm cell to swim because it's affecting mitochondrial DNA (mitochondria are basically the engines of the cell). Very similar work was done at one of the top research institutions in Turkey, and in Poland, Hungary and India.

We've only really been using cellphones for 10 years. Isn't it a bit early to be drawing these kinds of conclusions?

Well, that's actually not true. Heavy use of cellphones in the United States is a very recent phenomenon for the general population. In the year 2000, fewer than half of us regularly used cellphones. Now almost all of us do. If there's a 10-year latency, we still have to wait another five years in the United States to see any general population impacts.

You have to look at all of the evidence and not simply wait for proof of human harm or sick people or dead people. If the debate becomes, "Do we have sufficient proof of human harm?" that means we're waiting another 20 years. That means we will potentially have an epidemic before we act to prevent harm. Now, some people could be very cynical and say, look, brain cancer is relatively rare so even if it doubles or quadruples it's still rare. But it's also, at this point, mostly incurable.

Why are young people so much more at risk?

Their brains are not fully protected with myelin. Myelin is a kind of fatty sheath that goes around neurons [brain cells] and helps to enhance judgment and a whole bunch of other things, like impulse control. Their skulls are also thinner, and a thinner skull admits more radiation. We now know that the young brain doesn't mature until the mid-20s, later in boys than girls. We need to be much more vigilant about protecting the young brain because it is more vulnerable. We know that from work that's been done on lead and a number of other agents.

If this research is really as convincing as it seems to be, then why hasn't it created a widespread uproar?

Well, it has in France. Bills passed both houses of the French national government this spring that ban the marketing and creation of phones uniquely for children. It's also had an impact in Israel, a country that is very sophisticated in its use of radar and microwaves, and Finland, both of which have issued warnings.

But think about the fine print warning that comes with BlackBerry Torch. It says, If you keep the phone in your pocket, it can exceed the FCC exposure guidelines. What's that supposed to tell you? It sounds like that phone cannot safely be put in your pocket -- well, where do they expect people to keep them?

A lot of people are going to have a lot of problems downgrading their cellphone use. In my case, my cellphone is my only phone. If I turn it off, I'm literally unreachable and, given that I work in the media, that's kind of a tough situation. I think that's going to be an obstacle for a lot of people.

I'm a big user myself, but what I do is I text, and use speakerphone or an earpiece. I don't keep the phone on my body or in my pocket. The phone companies are warning people about this now for a reason. I recently spoke to someone at Bell Canada who was just given his new phone and was asked to sign a statement that he had read the manual. He said: "Why am I supposed to sign this statement? So when and if I develop cancer years later I can't sue them?" The manual tells him "hold the phone .9 inches from the body," which nobody does.

Do smart phones, like iPhones and BlackBerrys, emit more radiation than regular phones? Are they more dangerous?

It's not the amount of radiation, necessarily. It's the pulsed nature of the signal. It's like: You can snap a rubber band, and it's fine; but if you keep snapping it over and over again, it will break. Smart phones are constantly looking for signals, and it's that sudden stopping and starting that I'm concerned about, not the total amount. There are also a number of appalling apps for smart phones that have arisen for children, that I'm really concerned about. One of them allows you to download white noise so you can then put the phone under the baby's pillow and get the child to go to sleep. There are also children's books that you can download to your phone, and then have the kid sit and play with them.

But it depends on how you use your smart phones. If you keep them on and on your body you are violating the manufacturer's recommendations and violating the exposure guidelines.

Is there any prospect of phones becoming safer from a manufacturing standpoint?

I know that phones can be designed more safely because I know there are patents on safer designs, some of which are held by friends of mine, some held by the phone companies themselves. There are technological improvements in the wings, and that's going to make the epidemiology close to impossible. Because, remember, in the beginning they said, well, yes, unfiltered cigarettes are a problem; if we put filters on they're going to be safe.

The book also describes the aggressive push-back by people affiliated with the cellphone industry against scientists whose findings point to safety concerns -- including, in one case, a campaign to discredit someone's findings by accusing them of manufacturing evidence. It's pretty explosive stuff.

I think it might have started out as nothing more than companies wanting to make profits, and wanting to keep their products in a positive light. Companies are allowed to make profits; I'm not opposed to that. And I imagine people genuinely thought these kinds of dangers from radiation weren't possible, because the physics paradigm [at the time] said it wasn't. But it has since been morphed into something worse. Now even the insurance industry is listening to scientists. Many companies are no longer providing coverage for health damage from cellphones.