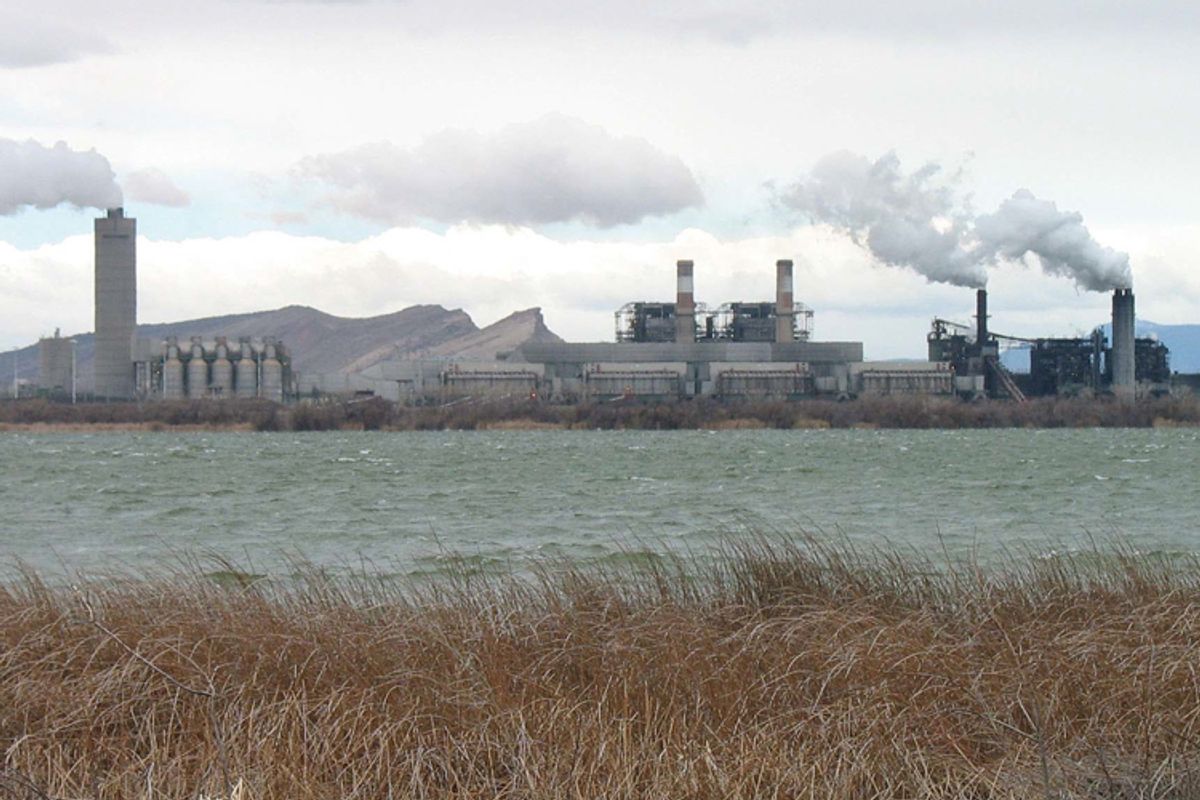 On Oct. 6 the EPA made a formal proposal for new pollution controls at the coal-fired Four Corners Power Plant near Farmington, N.M. The new rules, requiring the installation of catalytic reduction technology, would, said the EPA, result in an 80 percent reduction in nitrogen oxide emissions, and simultaneously "achieve cleaner, healthier air while improving the visibility at sixteen of our most pristine national parks and wilderness areas."

Environmentalists cheered the move, while the operators of the plant complained about the cost and warned that electricity prices would rise. Film at 11.

Let's put the climate change bill debacle to the side. There really can't be any argument, from an environmentalist's perspective, about the fact that Obama's EPA is a completely different beast from George W. Bush's EPA. As E&E's Robin Bravender reported in September:

The Obama administration is in the midst of a landmark series of Clean Air Act rulemakings.

In 18 months, U.S. EPA has -- among other things -- stiffened standards for sulfur dioxide and nitrogen dioxide for the first time in decades, revamped the George W. Bush administration's smog regulations and issued the first climate rules under the Clean Air Act.

Industry is in an uproar. "The aggressiveness of the rules has taken people by surprise," Jeff Holmstead, "former Bush EPA air chief and now industry attorney" told E&E.

That would be funny if it didn't bring back such sharp memories of how Bush's EPA appointees worked consistently to undermine everything the EPA stood for. Holmstead and his successor as director of the Office of Air and Radiation, William Wehrum, were lawyers who represented industrial clients in their struggles against environmental regulations before they joined the EPA. After years spent attempting to gut the Clean Air Act, they went right back to their old jobs.

If (or when) the Republicans retake the House of Representatives, they've already made it clear that one of their priorities will be to roll back the EPA's efforts to carry out exactly what the agency is mandated to do. As liberals sift through their various disappointments as to what the Obama administration has failed to achieve in its first two years, it might be worth noting that there are nonetheless some very real and important differences between this White House and its predecessor. An EPA that hasn't been handed over to industry, gift-wrapped, is one of them.