"I don't want them brainwashed into thinking homosexuality is an equally valid and successful option. It isn't" 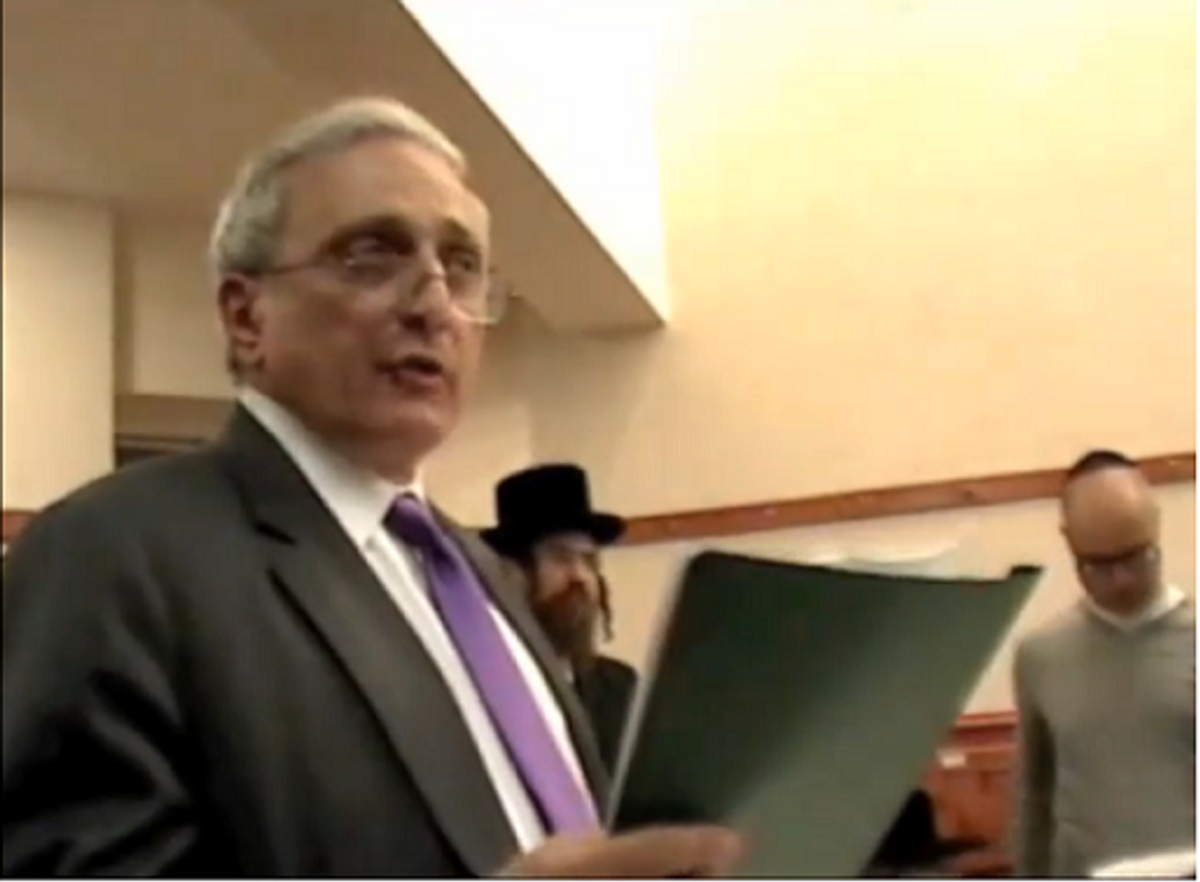 If you were wondering what Carl Paladino's next unhinged moment would be after his recent near-fistfight with a New York Post reporter, the suspense is over. In a speech to Orthodox Jewish leaders in Brooklyn on Sunday, the Republican candidate for governor of New York issued what amounted to an indictment of homosexuality, warning that children are at risk of being "brainwashed" into the lifestyle.

"I didn't march in the gay pride parade this year," Paladino, reading from prepared remarks, told his audience. "My opponent did. And that's not the example that we should be showing our children, and certainly not in our schools."

He went on to say that, "I just think my children and your children would be better off and much more successful getting married and raising a family. And I don't want them to be brainwashed into thinking that homosexuality is an equally valid or successful option. It isn't."

Curiously, the 64-year-old Paladino, who fathered three children with his wife and a fourth with a mistress, also insisted that his approach to life is to "live and let live" and that it would be a "dastardly lie" to suggest that he wants to  hurt gay people in any way. It's possible this line was inserted into remarks in response to the news that a man in the Bronx was kidnapped and tortured by a gang because of his sexuality and to the recent wave of gay teen suicides, which have  raised concerns about the impact of anti-gay rhetoric. According to one report, Paladino's original remarks included a line that read, "There is nothing to be proud of in being a dysfunctional homosexual."

Paladino's chances of victory against Democrat Andrew Cuomo remain slim. After polls suggested considerable volatility in the wake of Paladino's surprising win in the September 14 GOP primary, Cuomo's lead seems to have stabilized in the 15-20 point range. And while New York has plenty of culturally conservative voters, polls have found that a majority of residents favor gay marriage; so it's doubtful Paladino's outburst will win him many new fans. Full video of his remarks, courtesy of WNYC's Azi Paybarah, is below: