First the Scandinavians riled China. Now they are smacking Sen. Richard Shelby around. But will it do any good? 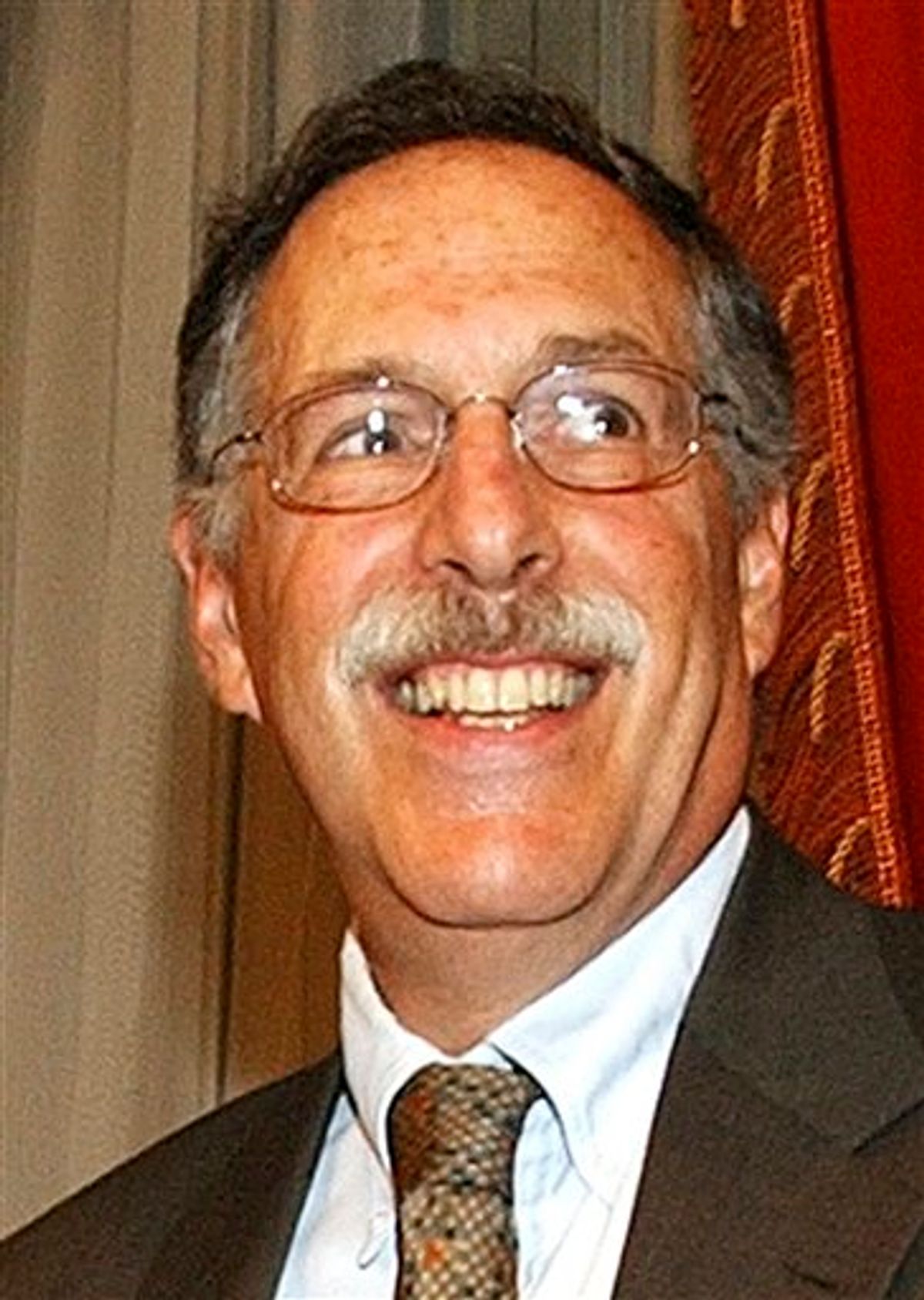 FILE -- In a June 18, 2004 file photo Professor Peter A. Diamond smiles prior to the start of a meeting at Rome's Bank of Italy headquarters, Americans Peter Diamond and Dale Mortensen and Christopher Pissarides, a British and Cypriot citizen, have won the 2010 Nobel economics prize. (AP Photo/Gregorio Borgia/file) (AP)
--

What do Chinese Communists and Republicans have in common? Answer: Both have recently been shamed by Scandinavians. First, Norway's Nobel Committee awarded the Peace Prize to Chinese dissident Liu Xiaobo. The Chinese government responded by calling the award an "obscenity," recalling its ambassador, censoring the press and Internet, and detaining Liu's wife under house arrest.

Next, Sweden awarded the Economics Prize jointly to three economists, one of whom, Peter Diamond, has been nominated by President Obama to be a member of the Federal Reserve's Board of Governors. But Senate Republicans, as nearly every economics-and-politics watching blogger has already noted, have blocked his nomination.

So how will the Republicans respond? At The Economist, Ryan Avent observes that Diamond's Congressional critics "may be embarrassed" by the Nobel committee's ratification. Really? Will Alabama Senator Richard Shelby suddenly recant his objection as to Diamond's lack of expertise in monetary policy and realize how silly it is, as Tim Fernholz writes, that "the United States, purportedly the world's most advanced economy, cannot put a Nobel-prize winning economist on the board of its central bank because of obstruction from a minority of one House of Congress"? Ben Bernanke, the Fed chair, was a former student of Diamond's! Criminy!

A speedy confirmation would be useful, because Diamond's expertise in market frictions and how they relate to unemployment could come in awfully handy right about now. But that seems to be precisely the problem. If all three of Obama's nominees are confirmed, the Fed Board of Governors will have a substantial bloc of members who will actually take seriously the Fed's mandate to seek "full employment" (as opposed to obsessively focusing on inflation.) What that would mean practically is far more aggressive Fed intervention in the economy, and that's something that Senate Republicans, presumably, don't want.

Whether they don't want it because they don't actually want the economy to recover by 2012, or because they are afraid that a more aggressive Fed would lead to out of control inflation is irrelevant to the question at hand. Senate Republicans don't have the power to censor the bloggers making fun of them or detain M.I.T. economists under house arrest (at least not yet, anyway) but there is at least one additional respect in which they are similar to the Chinese Communist Party leaders. They never admit they are wrong, and they never back down. I hope I'm wrong, but I fear that anyone who thinks that the opprobrium shed on them by the pronouncements of a few citizens of a Scandinavian welfare state will force an alteration of course is sadly misguided.

UPDATE: The original version of this post erroneously named Norway as the country in which the Economics Nobel Prize is awarded. As a reader quickly pointed out, the Royal Swedish Academy of Sciences awards the economics prize.