Until the government grants the LGBT community equality, society will continue to quietly condone such crimes 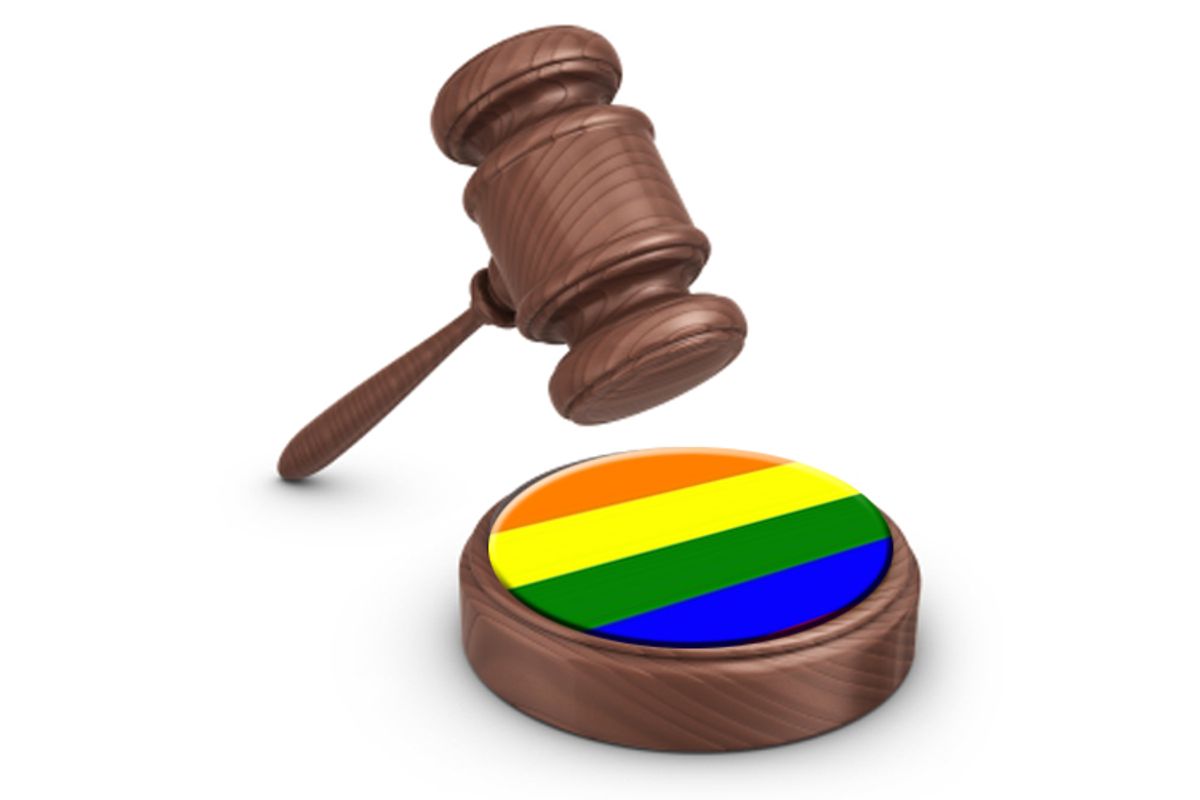 This past weekend, as a precursor to National Coming Out Day, the national press reported on two troubling stories of anti-gay incidents in New York. In the first case, Carl Paladino told a group of Orthodox Jewish leaders that, unlike his Democratic opponent, he had not marched in the Gay Pride parade this year because "that's not the example we should be showing our children." In the text of his prepared speech, he was to have added, "There's nothing to be proud of in being a dysfunctional homosexual." He also accused gays of brainwashing children: "I just think my children and your children would be much better off and much more successful getting married and raising a family, and I don’t want them brainwashed into thinking that homosexuality is an equally valid and successful option -- it isn't." Paladino will grace November's ballot as the Republican candidate for governor of New York.

The second incident is a case of stomach-churning violence perpetrated against helpless victims. The instigators, eight men in all, have been arrested (a ninth is on the run). These men singled out three other men whom they suspected of being gay. One by one, the victims were lured to an empty apartment where they were raped and tortured for hours. Because the men uttered anti-gay slurs while committing their awful acts, they will be charged with hate crimes. "Hate crimes" in New York (and in most other states with such legislation) are not new crimes in and of themselves. The men will be charged with preexisting crimes such as aggravated battery, false imprisonment and attempted murder, but if they are convicted, the maximum sentence for their crimes will be longer than if they were not charged under the hate crimes law. These types of laws are also called "sentence enhancement laws."

"Hate crime" or "bias crime" laws that include sexual orientation as a protected category became popular with U.S. legislators after the 1998 murder of Matthew Shepard, a 21-year-old University of Wyoming student who was beaten and left tied to a fence to die. The men who killed Shepard used an insanity defense and claimed they were provoked into uncontrollable rage after Shepard made sexual advances toward them. (Newspapers at the time termed this claim the "gay panic defense.")  Both men eventually received life sentences, and the case resulted in an unprecedented amount of attention to the issue of homophobia. Advocates noted that Wyoming had no hate crime statute that included sexual orientation as a protected category, and campaigned for the implementation of hate crimes laws nationwide. While a federal hate crimes bill failed, many states then instituted new hate crimes laws or added sexual orientation (and sometimes gender identity) as a category to preexisting laws. Though still opposed by many conservative legislators when applied to sexual orientation and gender identity, hate crimes laws are a safe way for legislators to announce their tolerance of the LGBT community without having to endorse their full participation in society through anti-discrimination laws that would protect their rights (as opposed to punishing people who commit crimes against them).

Opponents of the laws often argue that hate crimes laws are unconstitutional because they criminalize thoughts or feelings. However, unless there is an element of "harassment" involved -- and the harassment fits the state's already existing law barring harassment for any reason -- hate crimes legislation does not turn bias speech alone into a crime. If they did, Paladino would be facing at least a weekend in prison. In a nutshell, that's the problem with hate crime legislation as an answer to anti-gay incidents. The men who tortured their acquaintances would have faced stiff prison sentences regardless of whether they'd targeted their victims for being gay. The existence of a hate crimes law, which has included sexual orientation in New York for over a decade, did nothing to deter them from committing their heinous acts. Sentence enhancements don't scare perpetrators into refraining from acts of violence that they already know are wrong, illegal and lead to prison.

The LGBT community derives no extra protection from laws that make illegal acts even more illegal. While we are targeted for violence, the reason we are targeted is that we are considered lesser than or unequal to our straight or gender-conforming peers. And the idea that we are second-class citizens isn't just coming from backwater Baptist revivals -- the very laws of our country underscore the notion that we deserve less than their full protection. Many states with hate crimes statutes have no protection for things like anti-gay employment discrimination. Roughly half of all U.S. states offer no protection to employees who are fired or otherwise discriminated against for being gay, and even fewer states protect employees who are discriminated against for being transgender. Only five states and the District of Columbia treat gay and lesbian couples equally under their marriage laws. Less than half of the states protect the LGBT community from discrimination in housing. With the recent torture incident and last week's detailed reporting on the suicides of multiple gay teenagers, the climate is ripe for legislative solutions to homophobia. More and harsher hate crimes statutes are not the answer to these widespread problems of inequality and discrimination. While they may speak to our collective outrage when a member of our community is targeted for violent crime, they do not address the more insidious forms of discrimination many of us face on a daily basis.

What would benefit the LGBT community most would be the implementation of laws that render anti-gay speech like Paladino's toothless, regardless of whether they deter him from actually voicing his opinions. We need laws that protect the LGBT community from discrimination in employment (not just in the military), in housing, and in receiving healthcare. We need laws that allow us to marry each other and have our marriages recognized by the state, to receive equal benefits to those of our straight counterparts, and that allow us to formalize our relationships with our children. We will only be safe in a world where Paladino's words are as harmless as they are constitutionally protected, where the general sentiment that there is something abnormal or unnatural about being gay cannot be so obviously connected to a spate of teen suicides. There will always be people who act with extreme violence, for whatever reason. If some of these people are truly motivated by bias alone, the way to fight this violence is to banish the bias from our laws. For how can we expect to confront bias crimes, supposedly predicated on anti-gay sentiment, if the legal framework of our society actually supports their biases?