A Linux that works

With Ubuntu 10.10, I'm well along my migration to Linux as my main operating system 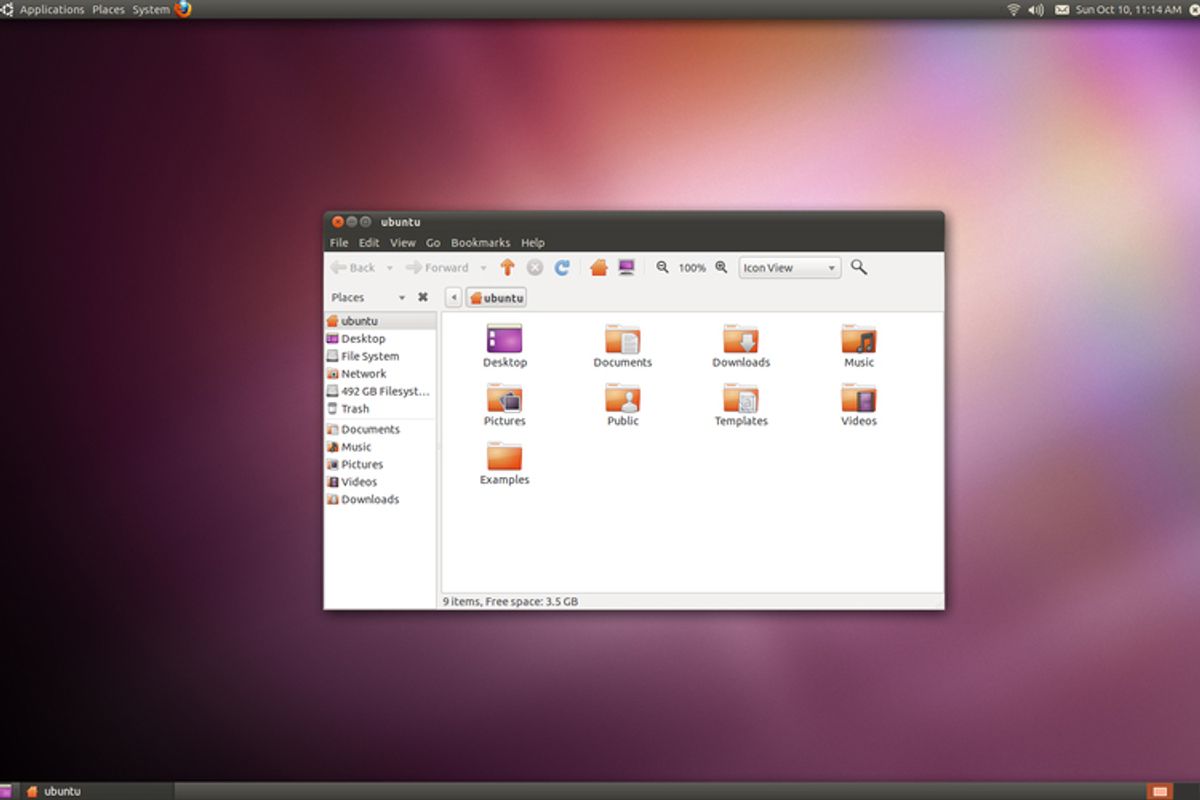 Back in June I told you about my decision to make a serious change in my computing life: moving from the Macintosh operating system to Linux. As I'll describe below, after a false start my migration is now proceeding well.

My decision to switch didn't reflect any major unhappiness with the Mac OS, which I still consider the class in the desktop/laptop market. Rather, it reflected my problems with Apple.

Specifically, I was concerned because of the implications of  the company's huge success with the iOS family of products -- the iPhone, iPad and iPod Touch -- and its smothering control of the ecosystem around those products. First, even though Apple has relented in small ways on its control-freakery, the fundamental nature of the ecosystem remained: You essentially need Apple's permission to be part of it in almost every serious way.

Second, the company's focus centers on the iOS ecosystem. Steve Jobs and his colleagues see what they call "curated" -- a more polite word for control -- systems as the way of the future. That inevitably leaves uncurated systems -- that is, ones where people don't need permission to build on them -- in a second-class status.

The Mac OS got me off of Windows more than a decade ago, even before it was better than Windows, in part because I'd had it up to here with Microsoft's tactics during its desktop monopoly days. I've owned more Mac computers than I can remember, and while I've never been wild about the laptop hardware, the machines have been my steady companions at home, work and on the road since then.

During my Mac years I've also said any number of times that I wished Apple would license its OS to IBM, which made what I consider the class of all laptop/notebook hardware: the ThinkPad. I've owned ThinkPads since the mid-1990s, when I was using Windows. A ThinkPad (now made by Lenovo) with the MacOS would be pretty close to the ultimate portable system for serious computing, but it was never to be.

In departing from the Mac OS at this juncture, I considered moving back to Windows. By any measure, Windows 7 is the best operating system from Microsoft in years -- as big a leap above its most recent version as Windows 95 was over Windows 3.1. But Microsoft has its own control-freakish instincts and behavior, too, so that idea was a nonstarter.

Which, essentially, left Linux. Foolishly, however, I'd purchased a new ThinkPad X201 model, which combined portability, ruggedness and other features in ways that struck me as ideal. I was foolish because I'd bought it without knowing whether Linux -- at least the version of Linux I wanted to use, Ubuntu -- would run properly on it. It didn't, because some of the hardware components were so new that the Ubuntu community hadn't yet gotten around to writing the software to support them.

A word about Ubuntu: The open-source project aims to bring Linux to the masses, and it's a remarkable collection of people who've coalesced around a team spearheaded by South African software entrepreneur named Mark Shuttleworth, who's put millions of dollars of his own money into the effort.

Ubuntu Linux, from the start, has been a free operating system that's one of many so-called distributions of the GNU/Linux platform that emerged in the 1990s as the free-software movement decided that Microsoft's monopoly and proprietary control were unacceptable. The open nature of Linux has many competing versions, with the best ones aimed at corporate use and financially supported through fees that enterprises gladly pay for technical support and consistent upgrades and updates.

But behind all versions of Linux is a global community of people who contribute in small and large ways to the overall system, and give back improvements to the wider community. It's messy, and wonderful.

Ubuntu 10.04, released in the spring, was nicknamed "Lucid Lynx" and was a major upgrade. But it didn't install correctly on my x201; all I got was a black screen when I started the computer. I tried some of the tricks people suggested online but had no luck.

In September, my friend Cory Doctorow, who has been one of the people encouraging this switch and knew about my troubles, connected me with an American programmer, Robert Douglass, who lives in Germany. Douglass had found a way to make his own x201 work, and he was happy to help me do the same.

We spent part of a Saturday morning (California time) on Skype, during which time he helped me upgrade a critical part of the ThinkPad's hardware -- special software, called the BIOS, that's embedded inside the hardware -- and then try to install a beta, or prerelease, version of Ubuntu 10.10, nicknamed "Maverick Meerkat" in the offbeat naming system the Ubuntu-ites enjoy.

It worked immediately. After the installation and restart of the computer, I was greeted with a typical log-in screen. I was overjoyed, and Douglass was happy if somewhat bemused that all of his tinkering had been -- as such things tend to go -- rendered moot by the Ubuntu team. He was a classic member of the open-source software community: willing to help out a relative newbie because he believed so much in what he was helping to support.

But because I was now using beta software, I suspected something would still be problematic in a showstopping way. I suspected correctly: The Virgin Mobile USB modem I use for wireless broadband didn't work right, and my hunting around for help online didn't bring any useful tips.

Ubuntu 10.10 was released on (naturally) 10/10/10. The update could not have gone any easier. One of Ubuntu's greatest achievements has been in the ease-of-use arena; installing and updating most software is now a breeze. And, as I'd expected from the comments I'd seen online about my modem, a fix had been added. I wrote this piece and uploaded it using my new setup.

This isn't the first Linux I've used. I've installed various distributions on other hardware in the past, from various providers. But this is the first Linux that strikes me as truly ready for prime time for a large segment of the computing population. I don't believe for a second that a large percentage will do what I've done, because the standard alternatives are compellingly easy to use and come pre-installed on the most widely purchased computers. Yet I'd bet serious money that any normal computer user could adapt quickly to Ubuntu, and that people who do only a few things with their computers -- browsing, writing documents and the like -- would be entirely satisfied.

I do all kinds of different things on my laptop machines, and migrating entirely to Linux is going to be a chore. I am 85 percent of the way, by my estimates, to a system that runs everything  I need to get my work done. In coming months I'll periodically let you know how the migration is going. So far, so very, very good.