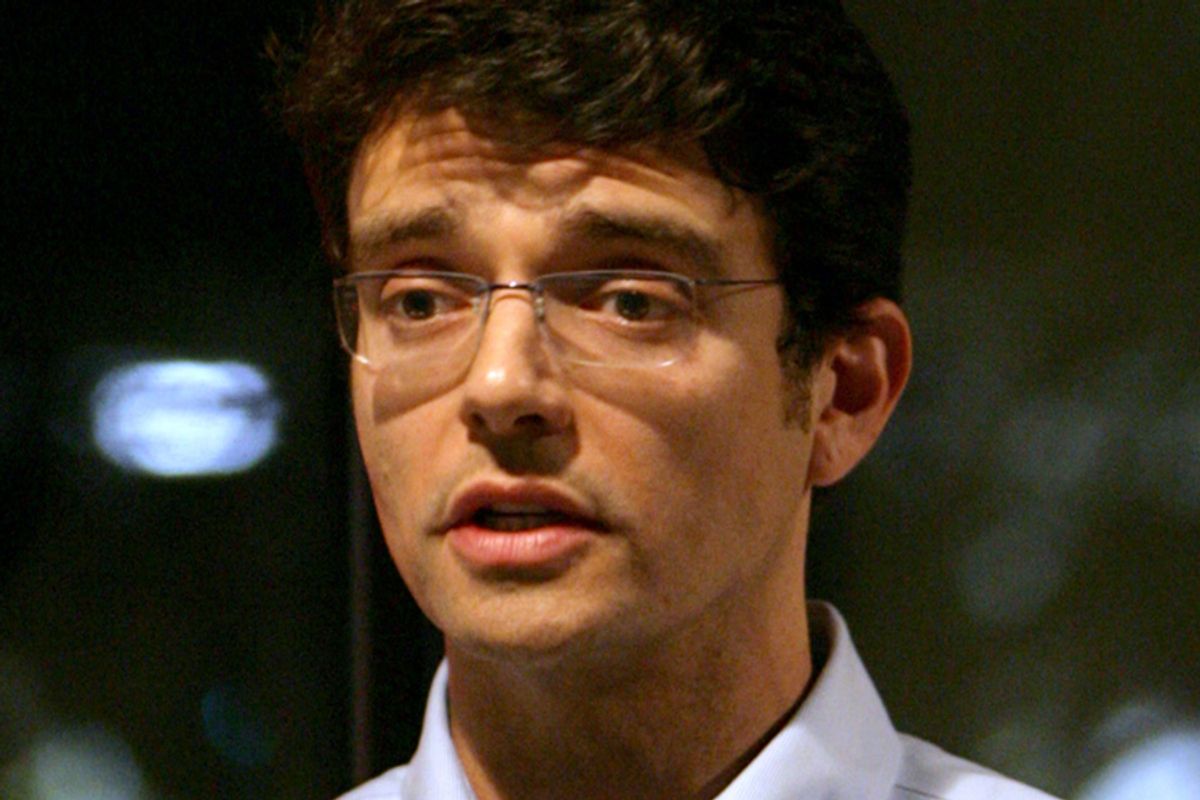 It looks like someone down in North Carolina is finally attacking Republican House candidate and ex-Marine Ilario Pantano over an episode in Iraq in which he killed two unarmed prisoners.

In a report being circulated by the Pantano campaign, a state GOP official alleges that voters in the 7th Congressional District have been getting a push poll in which they are told about the murder charges brought against Pantano in 2005 -- which were ultimately dropped.

As we've detailed, Pantano in 2004 shot two unarmed Iraqi prisoners up to 60 times and then placed a sign bearing a Marine slogan next to their bodies. After a hearing on murder charges, military officials agreed with Pantano's version of events, in which the two men made a hostile move toward him.

The term "push poll" is often misused, but what is being reported in North Carolina actually hews to the industry definition -- negative campaigning disguised as a genuine poll:

The tele-marketer then switches to questions about McIntyre. Naturally, the questions are flattering toward the Congressman. They ask if the voter would be more likely to vote for McIntyre if they knew he saved Social Security for seniors, for example.

The GOP is blaming the campaign of Rep. Mike McIntyre, D-N.C., for the calls, but there is no evidence for that. The state Democratic Party or some outside group could just as easily be responsible. (The McIntyre camp has not responded to a call.)

McIntyre has been careful not to attack Pantano on the Iraq killings issue, at least in any way that can be linked to his campaign.

In a Facebook message, Pantano told his supporters: "McIntyre has started running a very nasty, very negative push poll. ... We are beginning to see how the big boys spend their money on job security. Everyone spread the word to our army to always remain patient and respect."