Why are Democrats pretending that spending on infrastructure has Republican support? 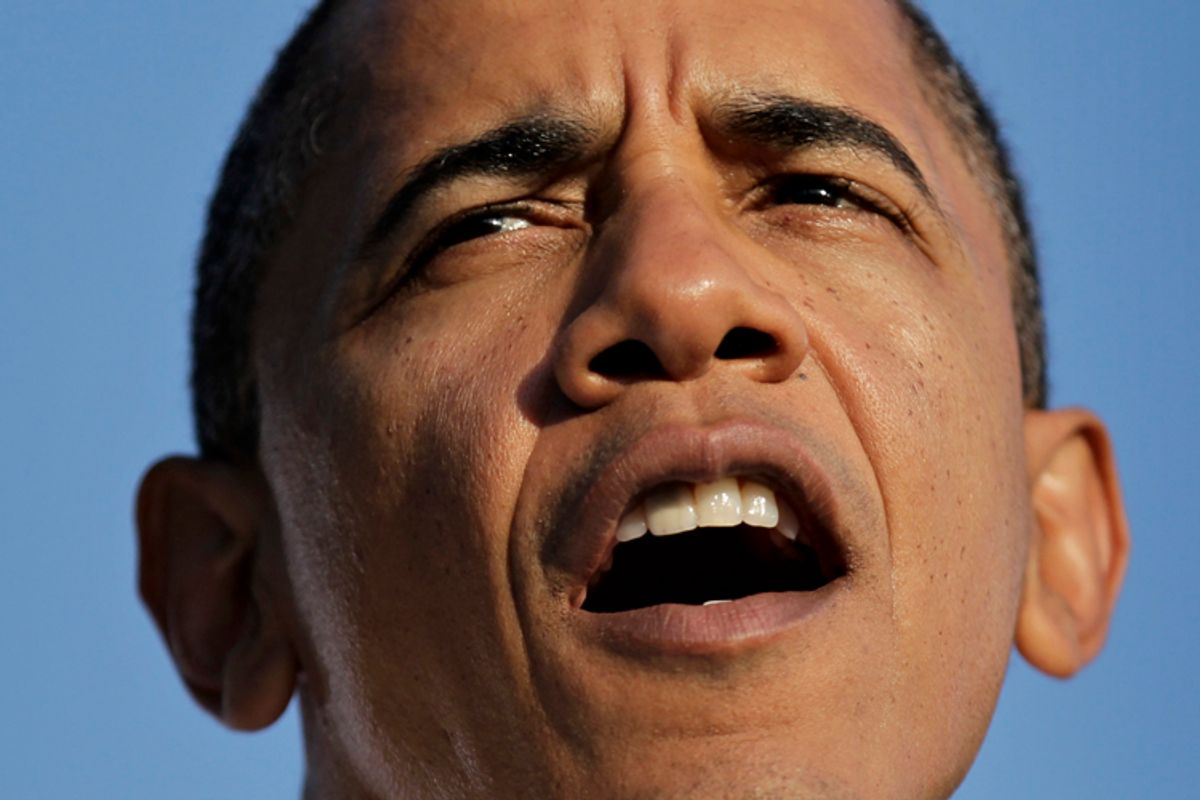 President Obama made a strong pitch for his $50 billion infrastructure proposal Monday morning, but against the backdrop of Paul Krugman's "Hey, Small Spender" column in the New York Times the same morning, it felt like too little, too late. The president brought along two Republicans, Transportation Secretary Ray LaHood as well as the man who had that job under George H.W. Bush, Samuel Skinner, harking back to a time when spending on roads, tunnels and bridges was a bipartisan issue. After all, congressional Republicans passed a record transportation bill after they took back Congress in 1994, right?

Those were different times. It's no accident Obama dragged along a Republican from a 1980s White House. Now even New Jersey Gov. Chris Christie, touted by some as a pragmatist, is making a big show of canceling his state's long-delayed rail-tunnel project. Republicans are rejecting infrastructure spending because they think it's good politics to do so right now, and the fact that such spending creates jobs as well as builds or modernizes crucial public projects doesn't seem to matter. In fact, the job-creation aspect of Obama's infrastructure plans probably counts against it, as Republicans seem determined to block any effort to put Americans back to work if it could benefit Democrats politically.

The ever-optimistic Pennsylvania Gov. Ed Rendell, who appeared with Obama today, is insisting the infrastructure bill will get Republican votes eventually. "Infrastructure has always had bipartisan support. I think it is something that Republicans, if they do win [the House] could come together with Democrats on," Rendell told Politico. But Senate majority leader Mitch McConnell countered: "After the administration pledged that a trillion dollars in borrowed stimulus money would create 4 million jobs and keep the unemployment rate under 8 percent ... the administration wants to do it again, this time with higher taxes for even more new spending."

There are many things wrong with McConnell's statement (the stimulus wasn't a trillion dollars, to start, and the higher taxes funding the infrastructure proposal involve closing loopholes for oil and gas companies as well as tax breaks for offshoring American jobs). But the GOP Senate leader got to the heart of the problem Krugman laid out so well this morning: The inadequate 2009 stimulus bill saddled the president with the political baggage of being a big spender, but gave him none of the political advantage, because it didn't do enough to create jobs. As Krugman explains:

Of the roughly $600 billion cost of the Recovery Act in 2009 and 2010, more than 40 percent came from tax cuts, while another large chunk consisted of aid to state and local governments. Only the remainder involved direct federal spending.

And federal aid to state and local governments wasn’t enough to make up for plunging tax receipts in the face of the economic slump. So states and cities, which can’t run large deficits, were forced into drastic spending cuts, more than offsetting the modest increase at the federal level.

The number of government employees, Krugman notes, has fallen by 350,000 since Obama took office, largely due to cutbacks by state and local government.

If Democrats are taking the blame for big spending, it would have been nice to at least have the economic and political benefits actual big spending might have delivered. This paradox goes to the heart of why the party is struggling on the eve of the midterm elections. But continuing to pretend Republicans want to do the right thing, in the face of massive evidence to the contrary, seems a little crazy to me. I'm happy to have a Republican like Ray LaHood say, "The idea that the stimulus hasn't worked is nonsense," but they don't make Republicans like LaHood any more, at least not in the halls of Congress.

Under pressure from LaHood, Christie is promising to reconsider his New Jersey tunnel decision, but that just makes my point: A governor is forced to be at least slightly pragmatic, not merely ideological; in the Congress run by McConnell and John Boehner, there's no such pressure