Teens allegedly assaulted a Muslim eighth-grader in Staten Island, the site of another summer mosque controversy 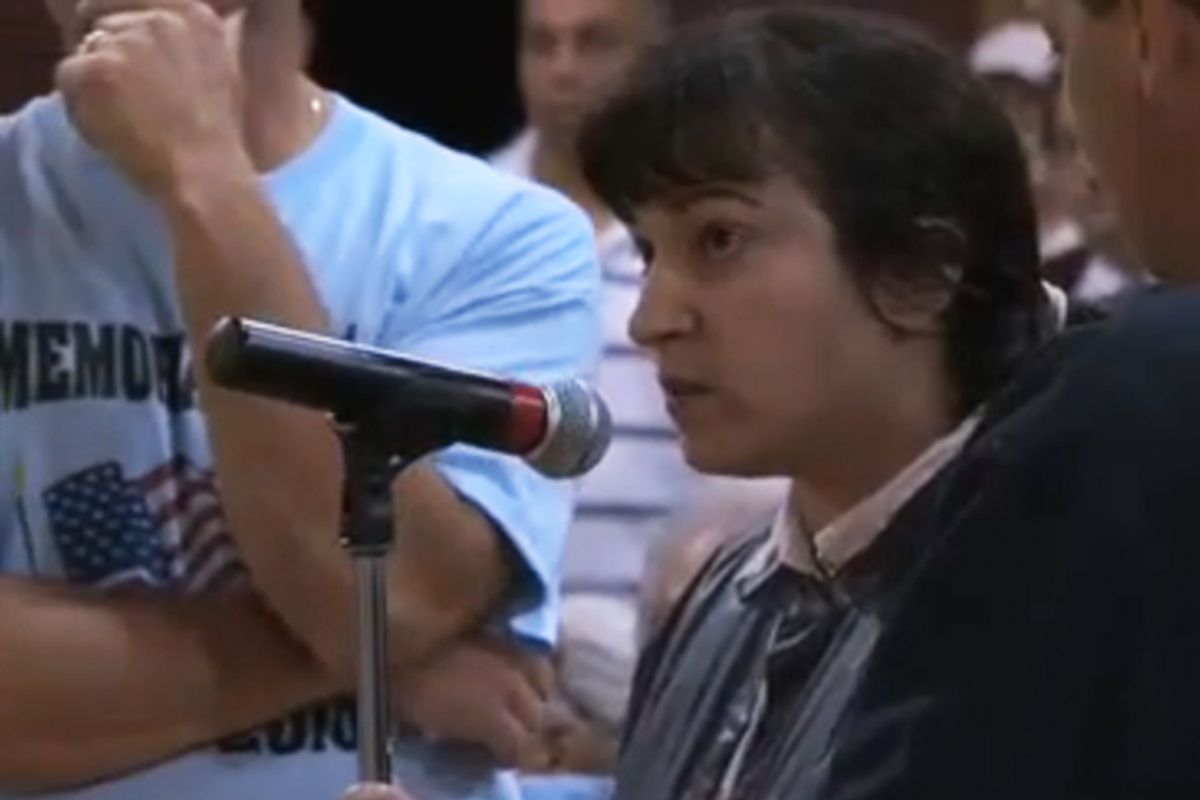 A speaker at a June rally protesting the possibility of a Staten Island mosque.
--

Authorities have charged four Staten Island teenagers with assault and aggravated harassment -- and are classifying both as hate crimes -- for allegedly terrorizing a Muslim classmate while he was in the eighth grade last year.

Kristian, a Muslim student who is now 16 years old and has been identified only by his first name, was the focus of a profile in the Staten Island Advance on Sunday. He told the paper the bullying started last year and at first he was called gay. Then his tormentors' focus shifted to the fact that he is Muslim (though his family is not particularly observant). The paper reports:

One day, Kristian recalled, he took a seat in the cafeteria to have lunch. A student snuck up behind him, grabbed his hair and yanked his head back, while a second one spat in his face.

"They called me a Muslim terrorist," Kristian said. "That I came to this country to blow down houses and buildings because I have long hair."

They began assaulting him in the hallways between classes, tripping him and then kicking and punching him -- in his knees, his groin and his back -- while he was on the floor, he said.

The news of the hate crimes charges against the teenagers comes not long after Staten Island experienced its own version of the "ground zero mosque" fight.

The outcry started over the summer following the decision by a local Catholic parish to sell a piece of property to the Muslim American Society, which planned to use it for a mosque. Pamela Geller, the anti-Islam activist who helped spark the Park51 controversy in Manhattan, got involved (see, for example, her post "Selling Out Staten Island to Stealth Jihadists"). "Mosques breed terrorism, I’m sorry," said one local dissenter in June. Ultimately, the opponents of the project won: The Catholic Church backed out of the $750,000 deal to sell the property in July.

This is also not the first time minors on Staten Island have physically assaulted a Muslim on the basis of ethnicity. On the night of Barack Obama's election in 2008, four white teenagers beat Ali Kamara, a 17-year-old black Muslim, with a baseball bat, allegedly because of his resemblance to the newly elected president.