In the Times' telling, the bigoted anti-Islam activist is merely a "provocateur" and Washington outsider 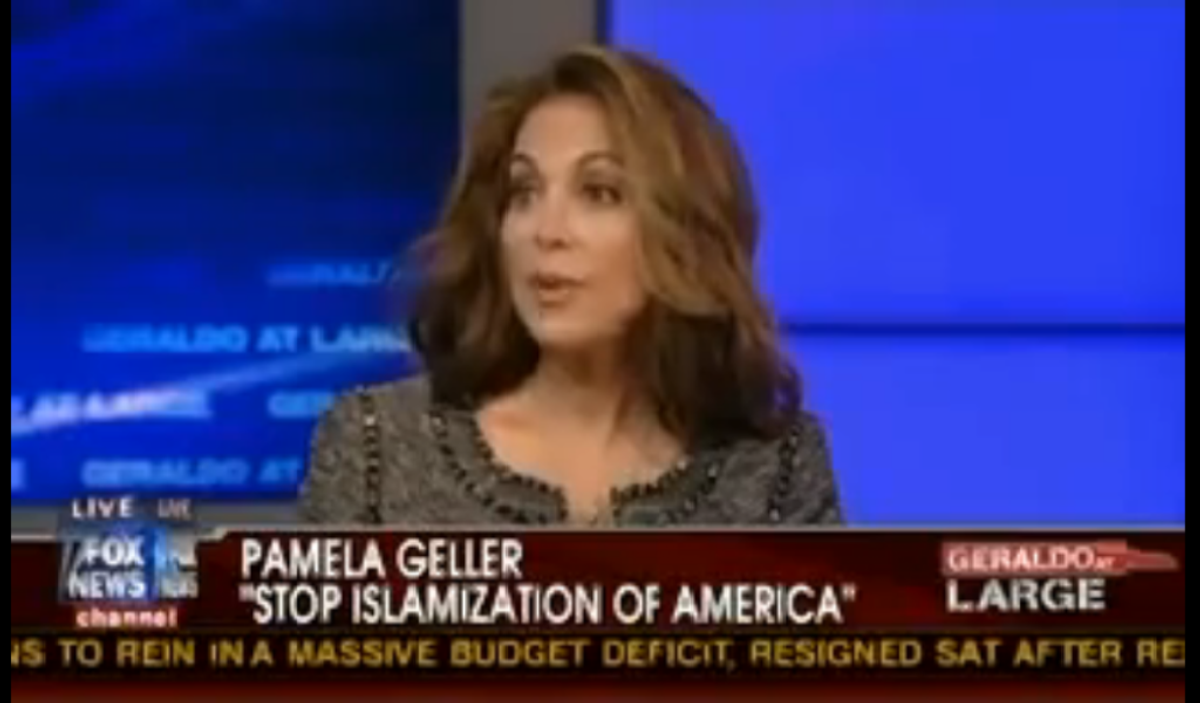 The New York Times on Sunday published a big profile of Pamela Geller, the blogger and anti-Islam activist whose work we have documented, particularly her role creating the "ground zero mosque" controversy out of thin air.

The Times story exhibits some of the worst tendencies of objectivity journalism. The reporters, Anne Barnard and Alan Feuer, do a middling job laying out some of the outrageous, and racist, things that Geller has written (though they miss a lot too -- more on this below). But in their quest for even-handedness where even-handedness is not really appropriate, the reader gets gobbledygook lines like this:

The outrageous and the solemn are deeply intertwined in her character.

But if many people have a general unease over the idea of a mosque downtown, Ms. Geller has provided a vocabulary to express it and a framework to understand it: worries about Islam.

The reader is also subjected to a lot of tip-toeing around important facts:

Operating largely outside traditional Washington power centers — and, for better or worse, without traditional academic, public-policy or journalism credentials — Ms. Geller, with a coterie of allies, has helped set the tone and shape the narrative for a divisive national debate over Park51 (she calls the developer a “thug” and a “lowlife”).

All of that is true -- Geller is neither a journalist nor a scholar nor a Washington insider. But none of that is as relevant as the fact that goes unmentioned by the Times: she is a conspiracy theorist, one with a long record of making demonstrably false statements. The best example, which is conspicuously missing from the Times piece, is the time Geller wrote a lengthy post laying out her theory that Barack Obama's real father is Malcolm X.

(Geller also believes Obama's birth documents are forged. She regularly speculates that he is Muslim.)

It's obvious to anyone who reads Geller's blog that she is, by the dictionary definition, a bigot. She has, for example, fantasized about Israel responding to Iranian attack by nuking the Muslim holy cities of Mecca and Medina in Saudi Arabia. She has bought bus ads in several cities encouraging people to leave Islam. She believes the Dome of the Rock, an important Islamic holy site, "has got to go." She called for a boycott of Campbell's over the company's introduction of a Halal line of foods.

In the Times' telling, all of this makes Geller a "provocateur" and a "firebrand." Again, this is accurate, but missing the point.

The reporters do deserve credit, though, for this paragraph, when they briefly allow themselves to offer some informed context -- though not quite draw real conclusions -- for the reader:

[Geller] and other bloggers quoted selectively from the imam, Feisal Abdul Rauf, stressing his description of United States policy as partly responsible for 9/11. They branded him a “radical Islamist.” They declared that his talks against extremism and violence were “taqiyya” — the hiding of true beliefs, religiously sanctioned for Muslims, usually minority Shiites, under hostile rule. And Ms. Geller said, without evidence, that the center’s financing might be tied to terrorists.