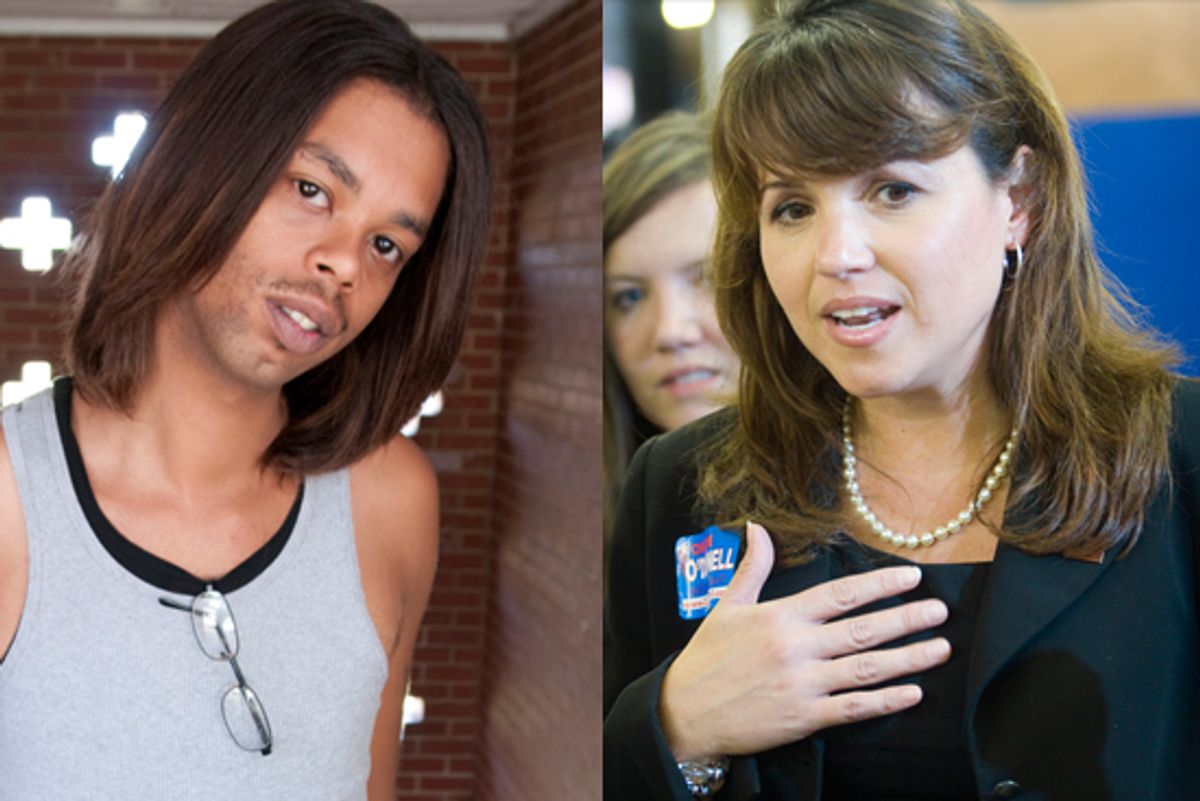 Delaware Tea Party Senate Candidate Christine O'Donnell's newest ad contains a bizarre reference to Antoine Dodson, the Alabama man who rocketed to fame over the summer after his rant to a local TV news station about the attempted rape of his sister went viral.

Dodson, who has cashed in on his newfound fame with a fan site, merchandise, and frequent media appearances, said in the now-famous news segment:

Well, obviously, we have a rapist in Lincoln Park. He’s climbin’ in your windows. He’s snatchin’ your people up, trying to rape 'em. So you all need to hide your kids, hide your wife and hide your husband, 'cause they rapin' everybody out here.

In the new O'Donnell ad (which was created in a transparent, and effective, play for free media), the announcer says of Democrat Chris Coons:

Hide your will.  Hide your lights. 'cause he's taxing everything out here.

We reached out to Dodson, who is openly gay, through his manager to see what he thinks of the anti-gay O'Donnell riffing off of his viral video. Said Richard Figueroa: "He's not into politics and he wants to stay out of that arena." But Figueroa promised he would run the ad by Dodson. If we hear back we will update this post.

And here's the original Dodson segment (with remix here):