Malcolm Gladwell is wrong about the revolution

Facebook made me an activist, and social media has played a huge role in the fight against Arizona SB1070 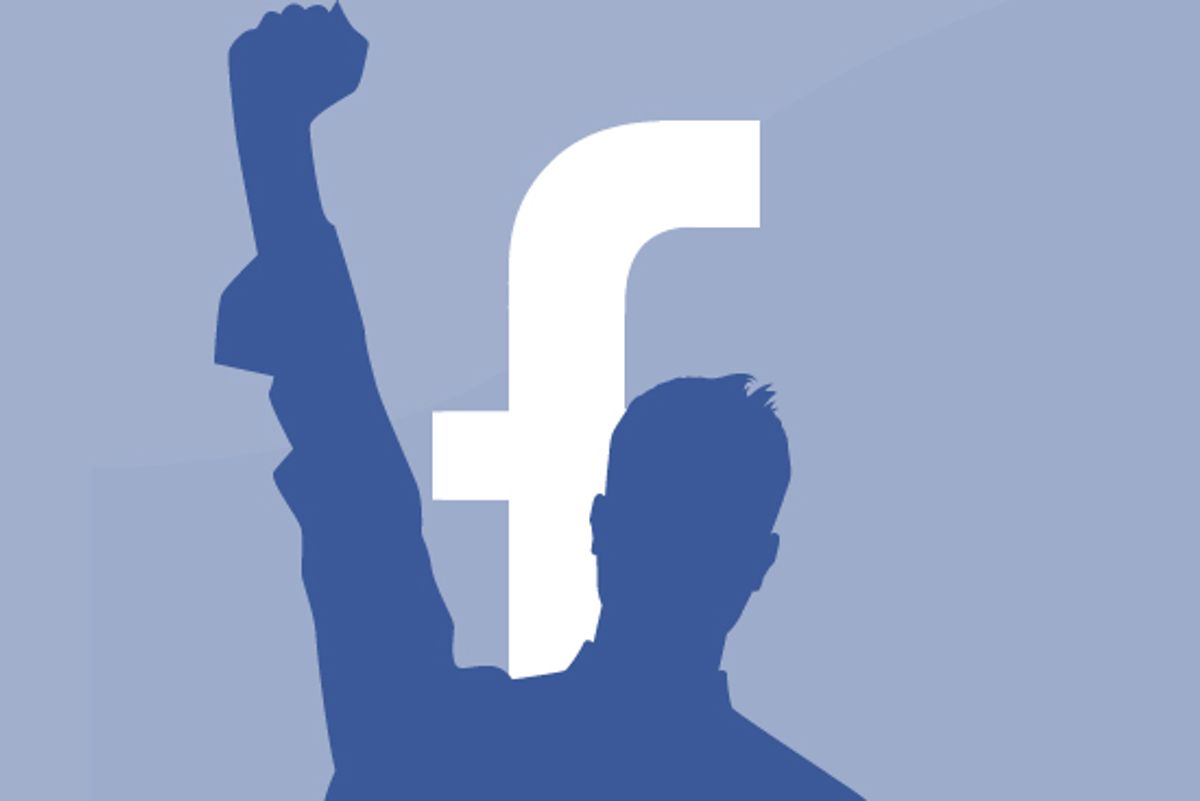 Malcolm Gladwell's New Yorker article entitled "Small Change: Why the revolution will not be tweeted" has caused a bit of a stir in the social media world. Gladwell asserts that Facebook and Twitter don't have a valid or active role in the creation of true social activism. After reading the article, I had to wonder: Has Malcolm Gladwell has ever been to Arizona? Because in this state, social media has played a vital role in the groundswell of human rights activism.

I joined Facebook late in the game, about a year and a half ago. Like many of my era (which I'll kindly refer to as "newly middle-aged"), I was resistant. To me Facebook was silly, a trivial waste of time spent in the mindless accumulation of friends, constant updating of uninteresting lives and obsessive playing of silly games with even sillier names like Farmville or Farkle.

My son is to blame for tipping me into the social media world. He finally said to me with just a little exasperation, "Just try it. It's the best way to stay in touch with me." Since my son writes or e-mails me about as often as the subsequent comings of Christ, I figured I'd give it a try.

I waded in cautiously. I had no intention of opening my life up to strangers and took my privacy very seriously. As my friends list topped out at 75 people, Facebook began to get a bit dull, just as I'd predicted.

Then SB1070 was signed into law by our governor. Almost overnight hundreds of pages cropped up on Facebook, both for and against the new law. The vortex beckoned, and I found myself sucked in. Soon I was finding new friends, people who shared an interest in human rights and activism rather than just old ties. My friends list ballooned.

A Facebook page called One Million Strong Against Arizona Immigration Law SB1070 took off with jackrabbit speed and quickly topped over 1 million members. One million! Then it grew to 1.5 million and finally settled at a little over 1.6 million. This was by far the largest and most active anti-SB1070 site with numerous posts on the wall every hour and an almost dizzying exchange of ideas and information. It was also here that I learned of a rally taking place in Phoenix at the State Capitol to protest SB1070.

I'd never attended a rally before -- I was far too young during the Vietnam War era to join in those protests. I had also found myself outside the loop during the anti-Iraq war events at the start of our involvement over there … perhaps because there WAS no social media back then (I often wonder if things might have turned out differently if this had not been the case). So here was an event taking place just 45 minutes from my home and I was invited. I hesitated for a moment and then clicked the "I'm attending" button on the Facebook event page.

That was how activism started for me. Before long, I and tens of thousands of others were marching in the streets of Phoenix in a massive protest. But even those who stayed home were able to participate in their own form of activism via social media, whether it was sending money to an important cause, signing petitions online or simply feeling motivated to vote. To me, voting counts for a lot.

Malcolm Gladwell cites in his article the difference between "strong-ties," i.e. close friends or relationships that are essential to spur boots-on-the-ground activism versus "weak-ties" -- friends made through social media that he claims are far less likely to motivate people to participate in meaningful activist roles. Gladwell's premise is that it's only through "strong-ties" activism that protesters can face dangers that are inherent in civil rights clashes.

But Gladwell has missed out on some real acts of bravery here in Arizona. I witnessed many who joined in civil disobedience, some of whom were hauled off to Sheriff Arpaio's hellhole of a jail as a result -- even reportedly suffering beatings while incarcerated there. Most of these people partook of the classes on civil disobedience that were heavily promoted through social media channels. I also watched as one man handcuffed himself to the door of Arpaio's Fourth Avenue Jail in downtown Phoenix in full expectation of being arrested (he was cut loose and let go instead). This same activist is also the creator of an anti-Joe Arpaio Facebook page with over 80,000 members. It seems very likely that his social media involvement was a significant motivator in this act of protest. And who thinks that the courageous activism of the young undocumented students for the DREAM Act was not spurred on by social media as well?

To dismiss the power of Facebook and Twitter as instruments in social change is to dismiss Marconi in the early 20th century or to call the Internet a passing fad. Whether our ties are strong or weak at the onset is not an issue here, it's what we make of our ties once we develop them. I've met several of my local Facebook activists in person now and consider them to be my "real" friends. These are people I had no previous ties to whatsoever and, if not for SB1070 and Facebook, I wouldn't have known they even existed. I also know my world would have been a lot flatter and less interesting as a result.

So it's time to rise up all you Facebook, Twitter and human rights aficionados. Awaken your inner protester and let the activism fly. Like it or not, we live in a digital age and it's up to us to make use of the most current tools at our disposal. You can be sure the other side is doing the very same thing.

Or as that old activist for a Whole Earth, Stewart Brand once said, "When a new technology rolls over you, if you're not part of the steamroller, you're part of the road."