After more damaging revelations, Alaska Republican declares he will no longer answer questions about his past 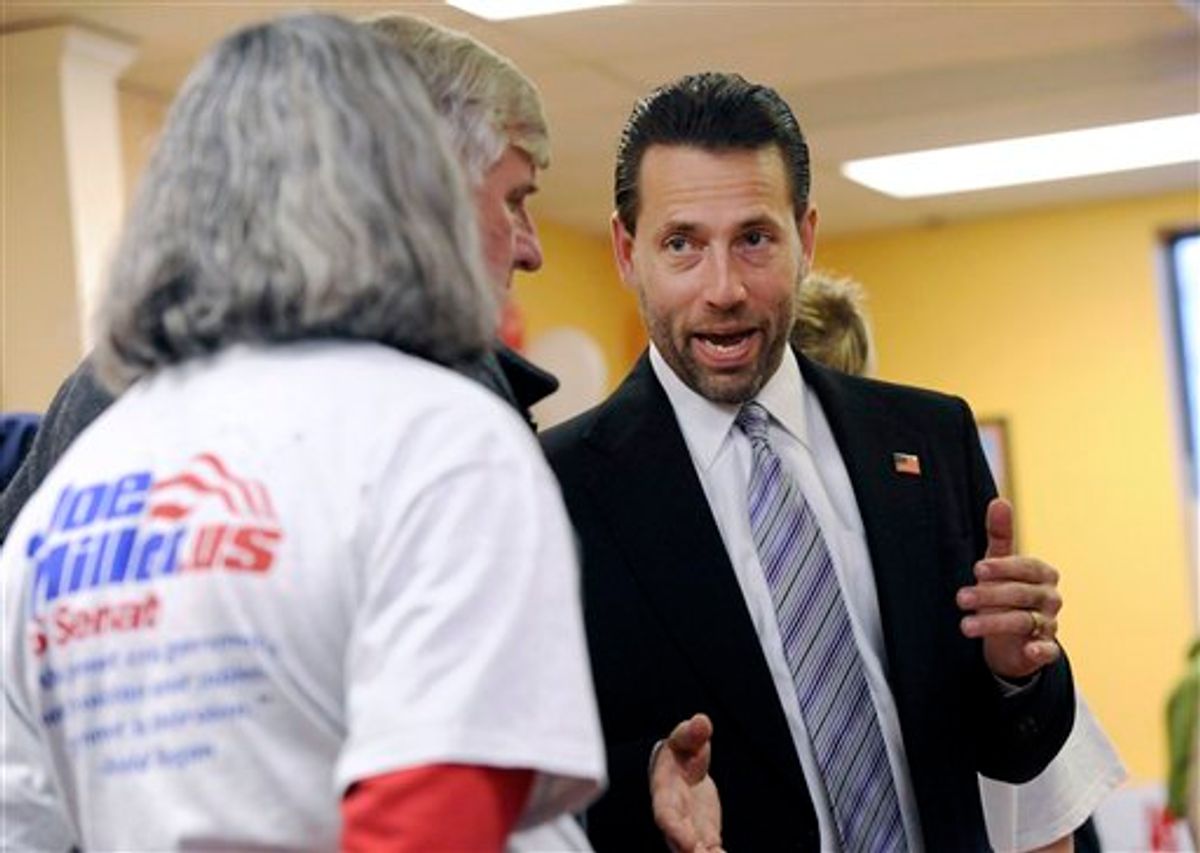 In a bizarre press conference Monday, Alaska GOP Senate candidate Joe Miller announced he will no longer answer questions about his past and blamed the media for focusing on personal attacks instead of the issues.

"We’ve drawn a line in the sand. You can ask me about background, you can ask about personal issues — I’m not going to answer. I’m not," he said, continuing:

There has been a steady stream of revelations in recent weeks about Miller, who was a little-known attorney until he beat Sen. Lisa Murkowski in an upset in the August primary (she is now running as a write-in candidate). It has emerged in recent weeks that Miller took advantage of various programs that he thinks are unconstitutional or should be gutted, like Medicaid and federal farm subsidies.

The press conference appeared to be a response to a report on the news website Alaska Dispatch about Miller's employment at the Fairbanks North Star Borough, where he worked for seven years as a part-time attorney before leaving last year under unclear circumstances. (A borough is the Alaskan equivalent of a county.)

Citing an anonymous former borough employee, Alaska Dispatch reported that Miller was caught in 2008 using borough computers to do personal politicking. Miller has conspicuously not denied the report, but he blasted Alaska Dispatch at his press conference Monday. "Their so-called journalistic objective is anything negative about Joe," he said.  He also claimed, without citing evidence, that someone in the media had illegally gained access to his personnel file.

The website and the Fairbanks News Miner newspaper have now sued the borough for release of records relating to Miller's employment there. Miller, for his part, has claimed that the borough must (for unclear reasons) waive attorney-client privilege before the records can be released. The borough says it is merely waiting for Miller's permission. That may explain the purpose of the press conference Monday: Miller is essentially promising that he will not grant the permission.

There's evidence that he has not always had good relations with previous employers.

His supervisor at the big Anchorage law firm where Miller worked in the 1990s told the Anchorage Daily News recently without elaborating: "I can tell you when he said he was going, nobody said please don't."