How my son taught me about his autism

After he was diagnosed with Asperger's, I read all I could. But I learned the most just from listening to him 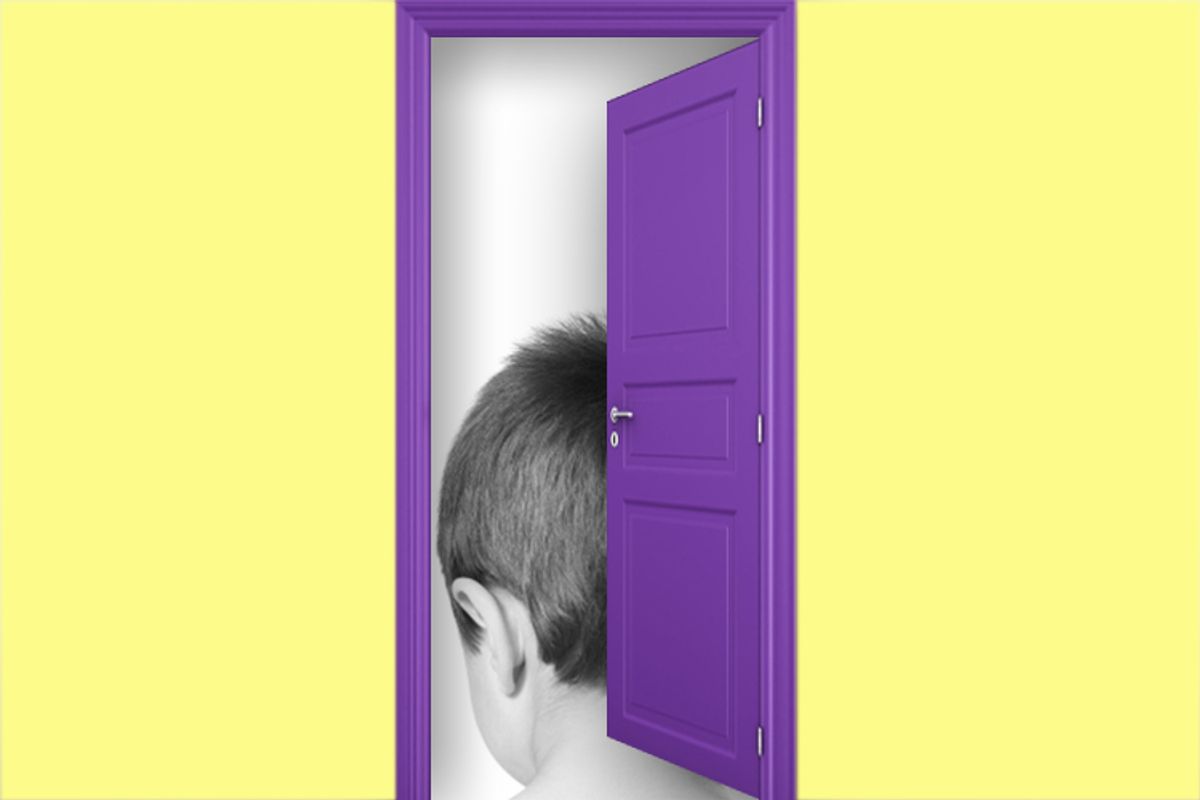 "My brain has big doors," he began, "and it has almost the same doors as everyone else. The other people have black doors. I have purple doors instead of black doors. That's why they're different."

I thought I understood my Little Dude. That assumption changed recently, when he suddenly began explaining to me how his brain works. I do not know what prompted him to share this display of cognitive awareness, except that since he started preschool -- in the Preschool Program for Children With Disabilities at our local elementary school -- he seems more aware of the fact that he's a little different.

Until recently, he's been shielded from that. Protected within the nest of family and close friends, Little Dude has always been considered charming, if shy; intensely bright, if overly focused. Our fourth child and our only son, my husband and I chalked up much of his quirky behavior to "boyishness." His interests, though surprising in their intensity, seemed typical in subject: "Thomas the Tank Engine," "Go Diego Go." The fact that he knew, at age 4, the name of every character in all six "Star Wars" movies evidenced to us an excellent attention span, a tremendous capacity for detail, and a budding interest in science. We did not think it signaled a disorder.

But there had always been developmental concerns. His vocabulary was enormous, but his speech was often unintelligible to most people. He mastered the use of various Wii remotes but could not take off his own shoes. He refused to toilet train. He reached sensory overload at places that delighted other children; we learned to avoid the zoo, children's museums and crowded playgrounds. Gradually, his life became more and more isolated.

When the diagnosis was made official -- congenital encephalopathy and Asperger syndrome -- it was more relief than surprise. By then, the diagnosis had become the all-access pass for occupational therapy, speech therapy and a school that would help him get ready for kindergarten despite the fact that he didn't use a toilet yet. The diagnosis made sense within the context of our family. Many traits that go hand-in-hand with Asperger -- anxiety, obsessive compulsive disorder, sensory processing disorder -- are rampant in our family tree. The more I read about Asperger, the more I saw these quirks in myself. When I asked the neurologist if he sees traits through generations, he said that often the child with Asperger is simply the tallest peak in a large mountain range.

After the diagnosis, I threw myself into research. I read a myriad of books, websites and articles, all with wildly differing viewpoints: Asperger is a disability or it is an evolutionary advantage; it is painfully isolating or it is blissfully freeing. The pieces that helped me most were written by young adults who had been identified with Asperger as children. Their stories of bullies, misunderstandings and systemic educational failure drove me to tears but gave me hope that if I read them all, understood them, I could somehow safeguard my son's happiness. In the first two weeks of preschool, confused about how a class walks in line, Little Dude was shoved four separate times.

Every night, I sit in Little Dude's room while he is falling asleep. I use that time to write, and to answer his worries, and to listen to him quietly repeat multiplication facts to himself. He asks me questions, like whether bears are real, and if bears are kept in cages, whether the cages are very, very safe. It was out of the blue, then, when he asked me if I wanted to know what's in his brain. At the time, I happened to have my laptop on. I typed it verbatim.

"I have a little doorknob on a little door that has 10,000 computers in it," he said. "There are even little doors that have more. I have this control panel with two levers. You pull the lever, and then I can think of something. So that's how my brain works.

"I count the ABC's and then I try to get the letters. So that's how I know the ABC's. And now I don't forget them anymore. I go ABC, DEFG, HIJK, LMNOP, QRS, TUV, WXY and Z. Now I know my ABC's, next time won't you germ with me."

He paused. I did not want him to stop. I wanted to know everything, because I think that knowing him will let me protect him. I am wrong, of course.

"Is that how you do math?" I asked, quietly. I was afraid to move his train of thought. "Do you do math with the levers?"

He shook his head no.

"This door called the Multiplication Center is almost as close as the library in my brain. It has one computer, and then I have four, and tomorrow I will have 16. And then I have these little flaps that you flip and you color them and see if you make some multiplication, the math, the worksheets."

He continued down the hallway of his mind.

"And guess what else? Next over there I got the attic. That attic is full of junk. There are beach balls and stuff everywhere, a lot of things in there. And I think people have played with them.

"I have a school place. This one is kind of like my classrooms, but mine is mixed up. It is upside down, kind of. I have the school Legos, they go right there, because I have this little shelf that we can put things, but we don't put things at the bottom."

He paused again. We breathed together in the darkness, silently. People with Asperger syndrome often experience the world as stressful, convoluted, upside down. Foreign. Alien. The author Tony Attwood theorizes that this feeling of being out of place, a difficulty with social integration and success, is why so many people with Asperger are attracted to science fiction.

None of these thoughts is of interest to Little Dude, so I keep them to myself. People with autism are said to have impaired Theory of Mind, or mind blindness: the inability to see things from a perspective other than one's own. Little Dude has a degree of that; he perceives other people's emotions but has difficulty understanding their intentions or motivations. When another 4-year-old chases him in play, Little Dude cannot imagine why someone is running at him. Instead of reveling in the game, he is terrified. For my son, the ability to understand other people's minds -- what they think, and why -- seems like a magic trick.

I know that listening to him like this can't necessarily save him. But it is a relief to me that, clearly, he knows his own mind.

Joslyn Gray is the mother of four children, including one with Asperger syndrome. She writes about parenting and chaos at the blog stark. raving. mad. mommy.

Joslyn Gray is the mother of four children, including one with Asperger Syndrome. She writes about parenting and chaos at the blog stark. raving. mad. mommy.