"Napoleon Dynamite" to be an animated TV show

The cult indie hit from 2004 will be produced by "Simpsons" veterans, star original actors 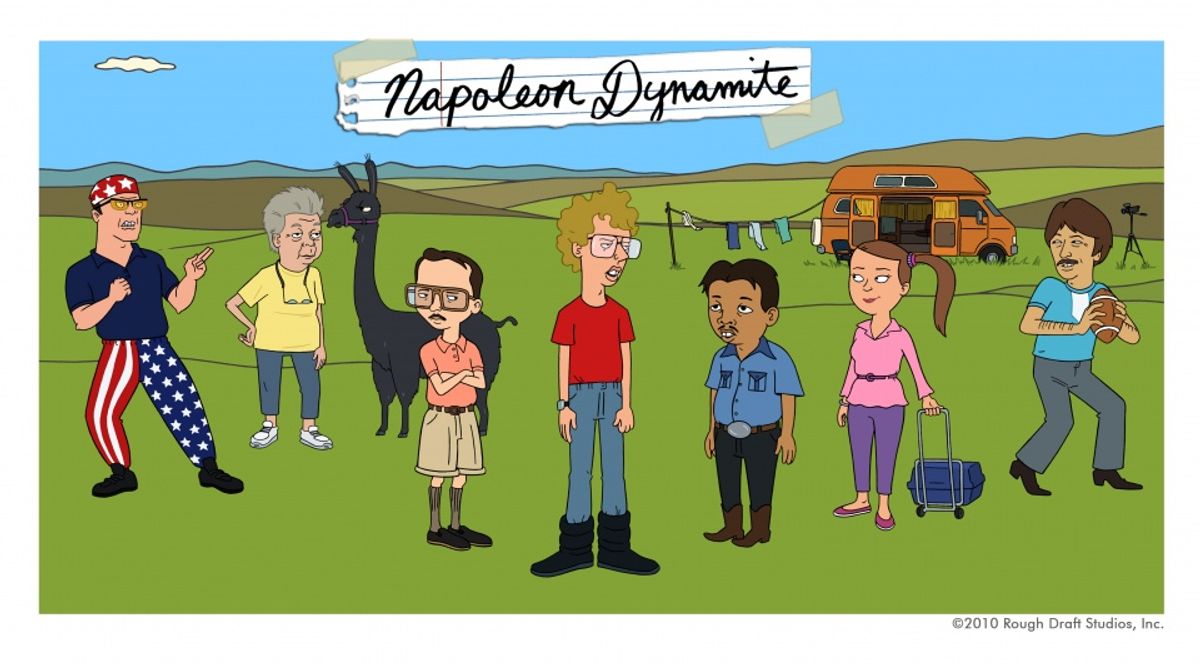 Gosh, when's the last time you thought about this movie? Coming over six years after its release, everyone's most loved -- or perhaps hated -- Idaho misanthrope is heading to the small screen. As an animated show, no less. Have they learned nothing from the last indie movie-to-TV adaptation?

Fox greenlit six episodes of "Napoleon Dynamite," with the original voice valent on board. Yes, that includes Jon Heder. No, it doesn't include Tina the llama. The Hollywood Reporter says this is one of two teen-friendly animated projects recently greenlit by the network. The other is "Allen Gregory," from Jonah "Superbad" Hill, which got approved for seven episodes.

If this news reinforces your hatred of the Hollywood grind machine, take solace at least in the fact this show will be produced by Rough Draft Studios, which produced various projects for "The Simpsons" and "Futurama." Deadline Hollywood reports Rough Draft isn't thrilled at such a short order of episodes, which is difficult to staff.

And believe it or not, sometimes indie movies suit animated television rather well. At least as a cult hit.

In the meantime, Buzzsugar is taking a poll on whether you think an animated Napoleon is a flippin' good idea.