Paladino apologizes "if" gays were offended by his gay-bashing

The Tea Party candidate for N.Y. governor issues non-apology apology for his anti-gay remarks in a speech Sunday 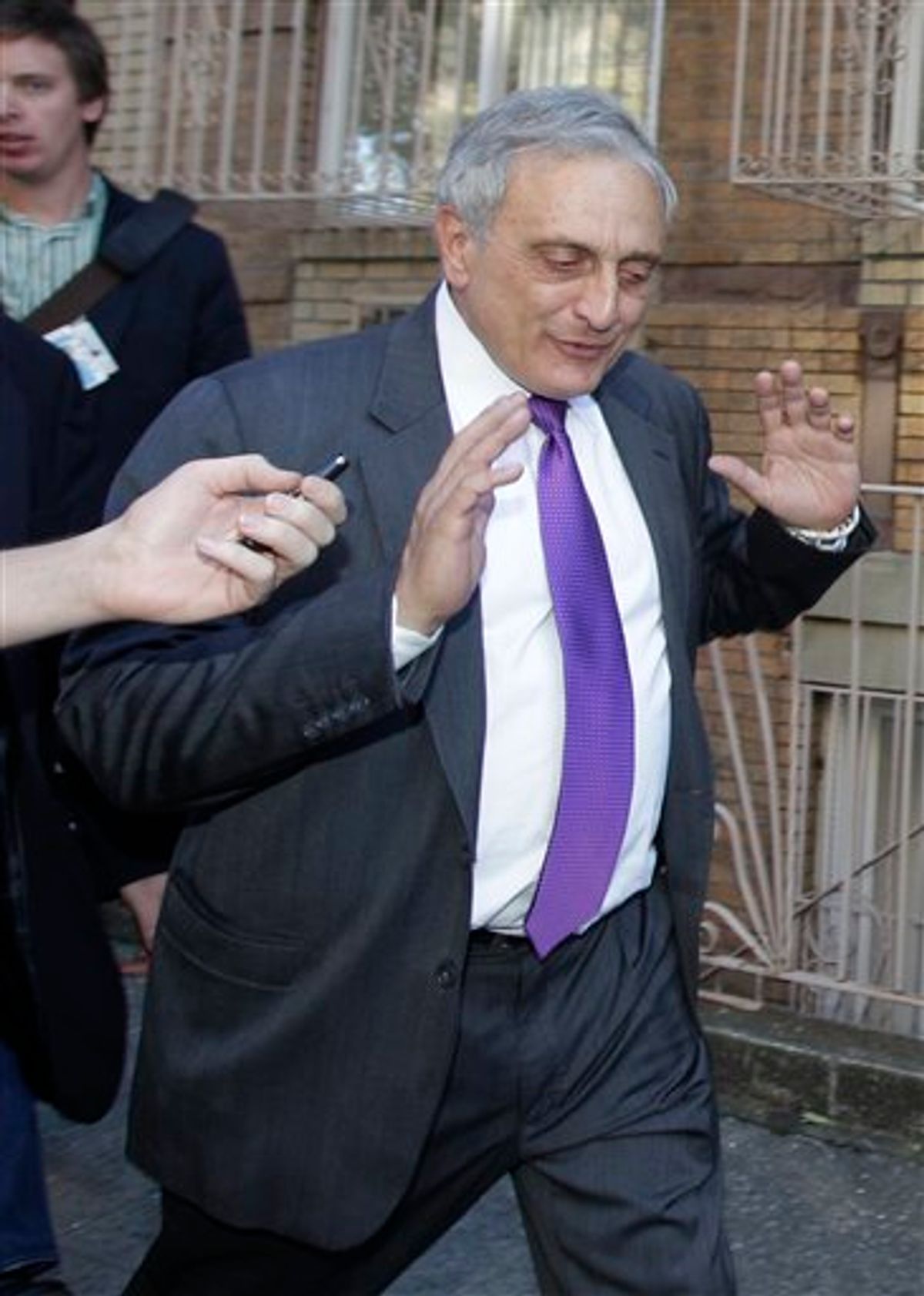 New York Republican gubernatorial candidate Carl Paladino issued a statement this afternoon apologizing "for any comment that may have offended the Gay and Lesbian Community or their family members."

That would refer to his deliberate attack on gay people in a prepared speech to Orthodox Jews in Brooklyn on Sunday. "I don't want [my children] to be brainwashed into thinking that homosexuality is an equally valid or successful option. It isn't," Paladino said, attacking Democrat Andrew Cuomo for marching in gay pride parades.

It's not clear what prompted the apology statement. But we also learn in it that Paladino is "100 percent opposed" to hate crimes, an issue on which his position was apparently unclear. He also notes that he has gay friends (marking the second time Paladino has used the "some of my best friends are x" defense.)

I am Carl Paladino, a father, a husband, a builder and a business owner. I am neither perfect, nor a career politician. I have made mistakes in this campaign - I have made mistakes all my life - as we all have. I am what I am - a simple man who works hard, trusts others, and loves his family and fears for the future of our State.

Yesterday I was handed a script. I redacted some contents that were unacceptable. I did also say some things for which I should have chosen better words. I said other things that the press misinterpreted and misstated. I sincerely apologize for any comment that may have offended the Gay and Lesbian Community or their family members. Any reference to branding an entire community based on a small representation of them is wrong.

My personal beliefs are:

4) I am in support of civil agreements and equal rights for all citizens.

5) My position on marriage is based on my personal views. I have the same position on this issue as President Barrack (sic) Obama. I have previously stated I would support a referendum by New York voters. I have proposed Initiative and Referendum so New Yorkers can decide important issues like this.

6) The portrayal of me as anti-gay is inconsistent with my lifelong beliefs and actions and my prior history as an (sic) father, employer and friend to many in the gay and lesbian community.

I am concerned with the future for all our citizens, gay, straight, Catholic, Protestant, Jewish and Muslim and Agnostic. Although I am not perfect I do admit my mistakes. I will reach out to leaders of the gay community to educate me on how to better represent my support for the rights of all citizens. If elected as your governor I will stand and fight for all gay New Yorkers rights. I ask you for forgiveness on my poorly chosen words and the publication by others not involved with our campaign of unredacted script that did not reflect my oral statement or match my personal feelings. Please go to my website www.paladinoforthepeople.com to learn more detail about the issues including my staunch support for civil rights for all New Yorkers.