Introducing: The Year in Sanity

In honor of the Rally to Restore Sanity, we're celebrating great acts of clear thinking -- and need your help! 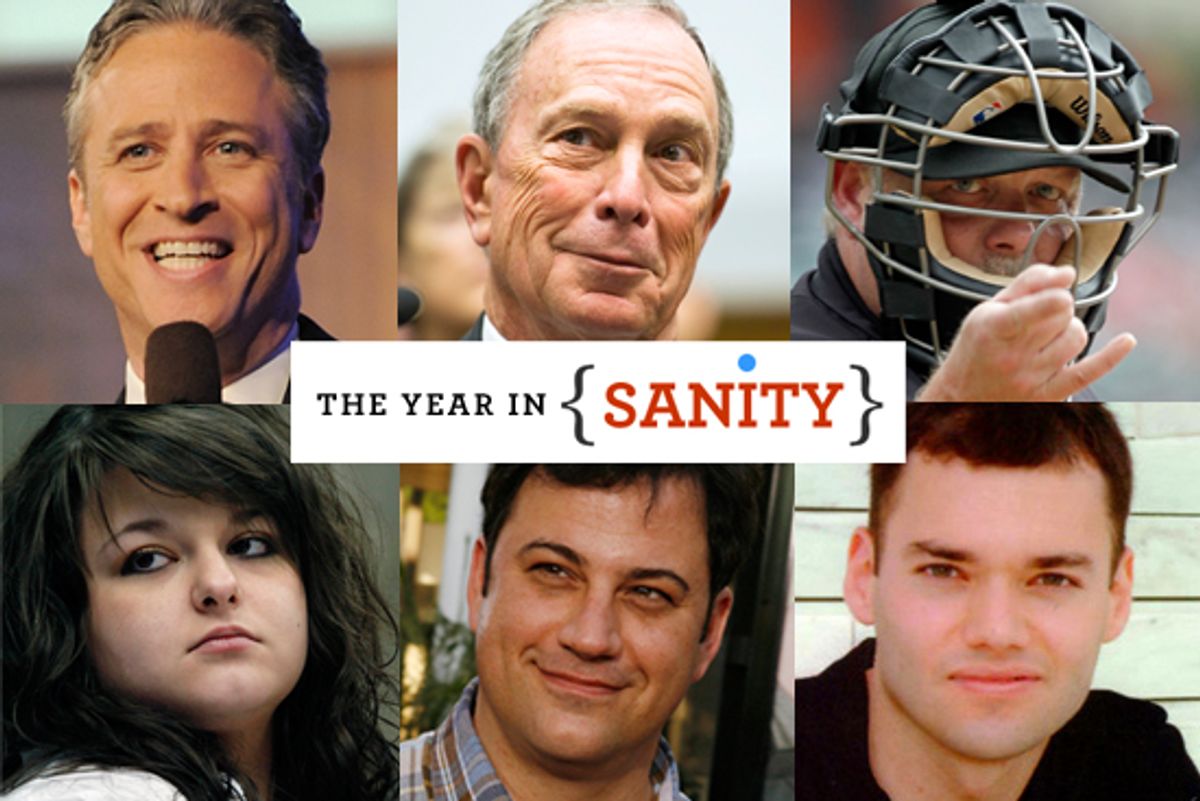 When Jon Stewart announced the Oct. 30th "Rally to Restore Sanity," we cheered. Why didn't we think of that? We put our collective heads together to figure out a way to meaningfully participate and, naturally, we figured we'd spend a small fortune to shuttle legions to the march by bus. But then someone beat us to it. Curses!

So instead, we came up with another idea: Spotlighting outstanding examples of sane behavior in 2010 so far. We're flipping one of our favorite features – This Week in Crazy – on its head, running a series that celebrates the Year in Sanity. The goal: We want to honor inspiring cases of clear-thinking in the face of madness. We want to reward honest reactions when evasion would've been applauded. We want to spotlight straight talk, when obfuscation would have been the easier, or expected, way to go.

We've had a rough time. Especially when looking at our public officials, examples of sane behavior have been crazily tough to find. Which is why we are turning to you for help. Who do you think deserves to be honored for their sane behavior this year? You have three ways to let us know:

To get you started, we're launching with five people worth honoring, and we'll be rolling out more examples until the end of the month, when we'll rank the Top 10 on the eve of Oct. 30. So our first awardees:

But this is just a start. We hope you'll help us unearth many more examples.