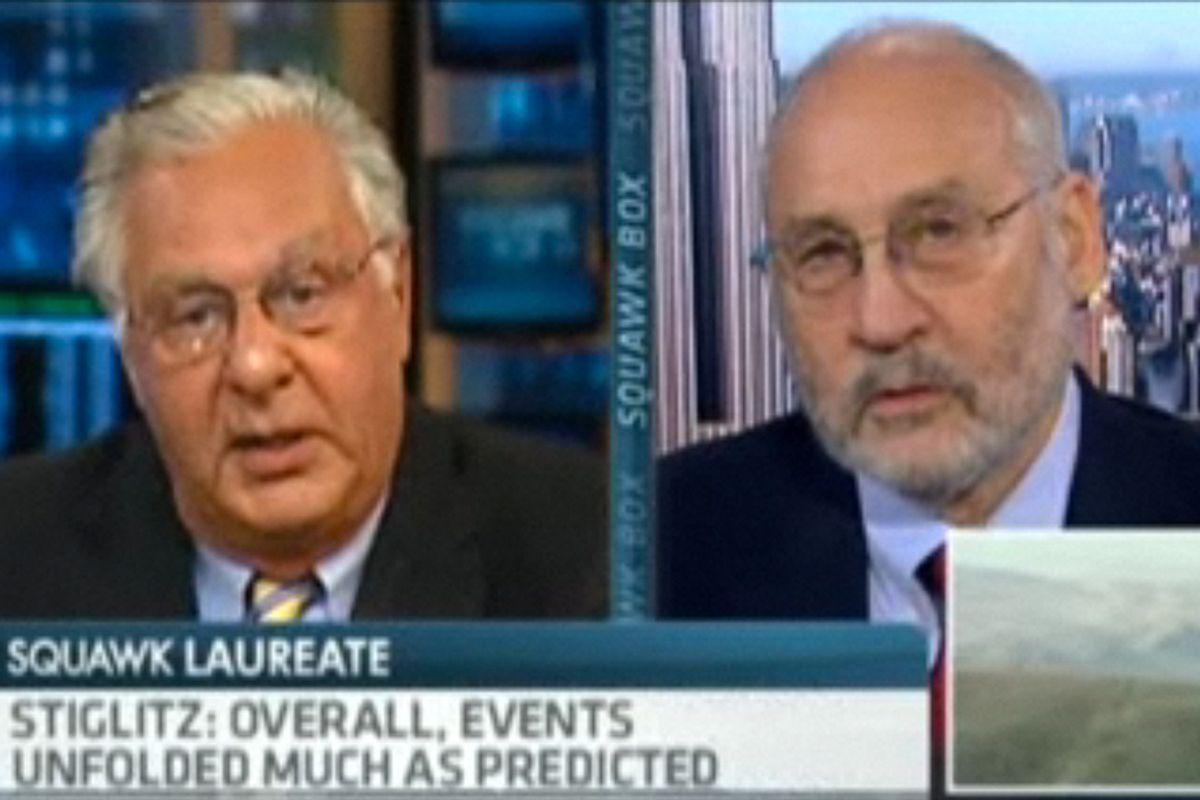 It was not what you would call an even match. On one side, Joseph Stiglitz, former chief economist of the World Bank, winner of the John Bates Clark award for best economist under the age of 40 and the Nobel prize for economics, boasting a PhD from MIT and teaching stints at Yale, Stanford, Oxford, Princeton and Columbia. On the other, Dick Armey, the former Republican majority leader in the House of Representatives and onetime economics professor at North Texas State University.

On a CNBC Squawk Box segment Wednesday morning, Stiglitz gave his usual succinct analysis of the economic situation, making pretty much the best case one can make for stimulative Keynesian fiscal policy in three or four minutes. (Hat tip, reader David Ricketts). Then Armey gets a chance to deliver a familiar monologue calling for smaller government, lower taxes and much lower spending, all while touting the wonders of a balanced budget.

Which set Stiglitz up to deliver a perfect zinger:

Over the business cycle, it does make sense for us to have a balanced budget or certainly a much more balanced budget than we have had. The fact that we were running large deficits in the period of our boom was unconscionable.

Dick Armey, of course, was House majority leader for the first two years of George Bush's first term, during which the first round of the Bush tax cuts were passed, without any corresponding cuts in spending, with the result that the Clinton-era budget surplus was transformed almost immediately into annual deficits.