Muslim women can veil in court 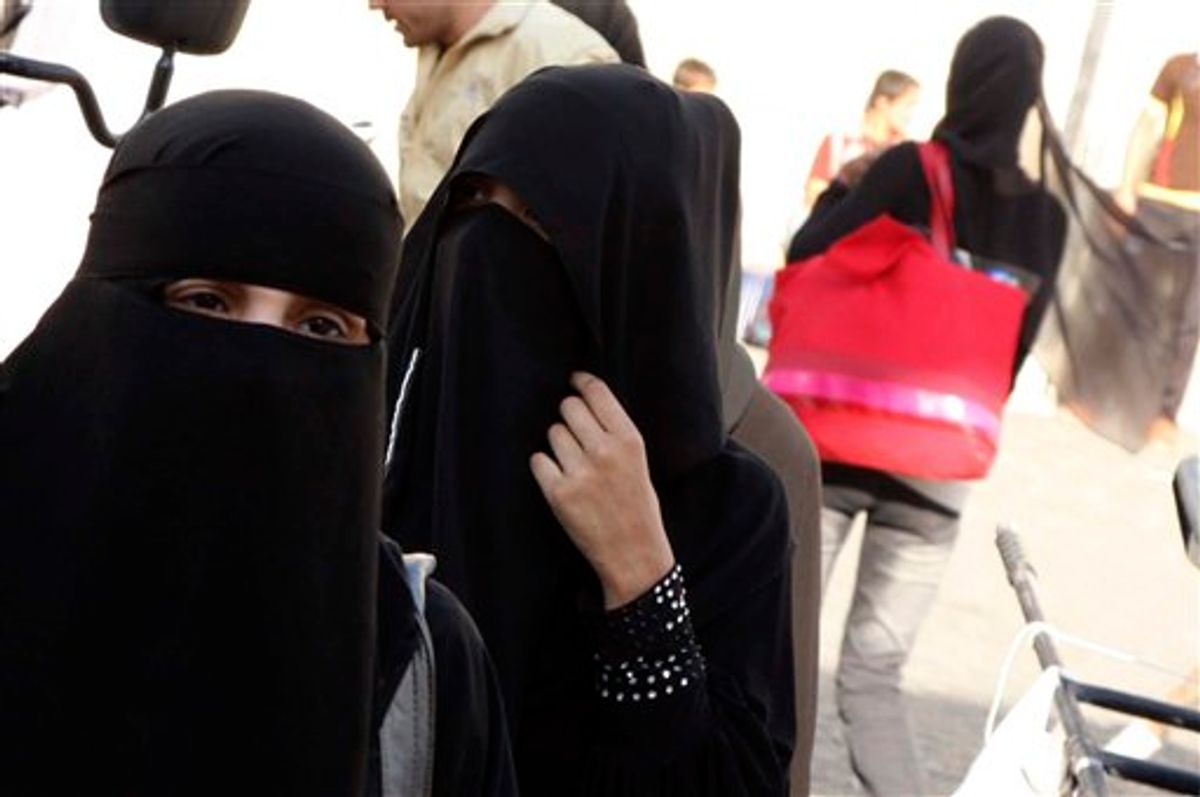 A Canadian court issued a ruling today on whether Muslim women can be forced to remove their niqab while testifying and, lo and behold, both sides of the debate are happy. That's because the Ontario Court of Appeal determined that a witness is allowed to refuse to bare her face unless -- unless! -- the fairness of the trial depends on it. The judges' ruling reads in part:

There is no getting around the reality that in some cases, particularly those involving trial by jury where a witness's credibility is central to the outcome, a judge will have a difficult decision to make. If, in the specific circumstances, the accused's fair trial right can be honoured only by requiring the witness to remove the niqab, the niqab must be removed if the witness is to testify.

A 32-year-old Muslim woman, who accused her cousin and uncle of sexual abuse when she was a child, sparked the ruling when she refused to remove her veil on the stand. Her lawyer argued, "Really, it's all about making people feel welcome in our judicial system at a time when they're undergoing significant stress -- for example, by being a complainant in a sexual assault case." Indeed, a blanket courtroom ban on veiling could cause Muslim women to avoid the justice system altogether.

Now, cases where a woman will be compelled to remove her niqab "are likely to be rare," Nathalie Des Rosiers of the Canadian Civil Liberties Association told the Candian Press." It will require the defense to establish, on narrow grounds, how removing the niqab is indeed necessary to establish a particular point."