NPR to staff: Stay away from Jon Stewart rally

Apparently, there are no off-hours for NPR journalists who want to be political in their personal time 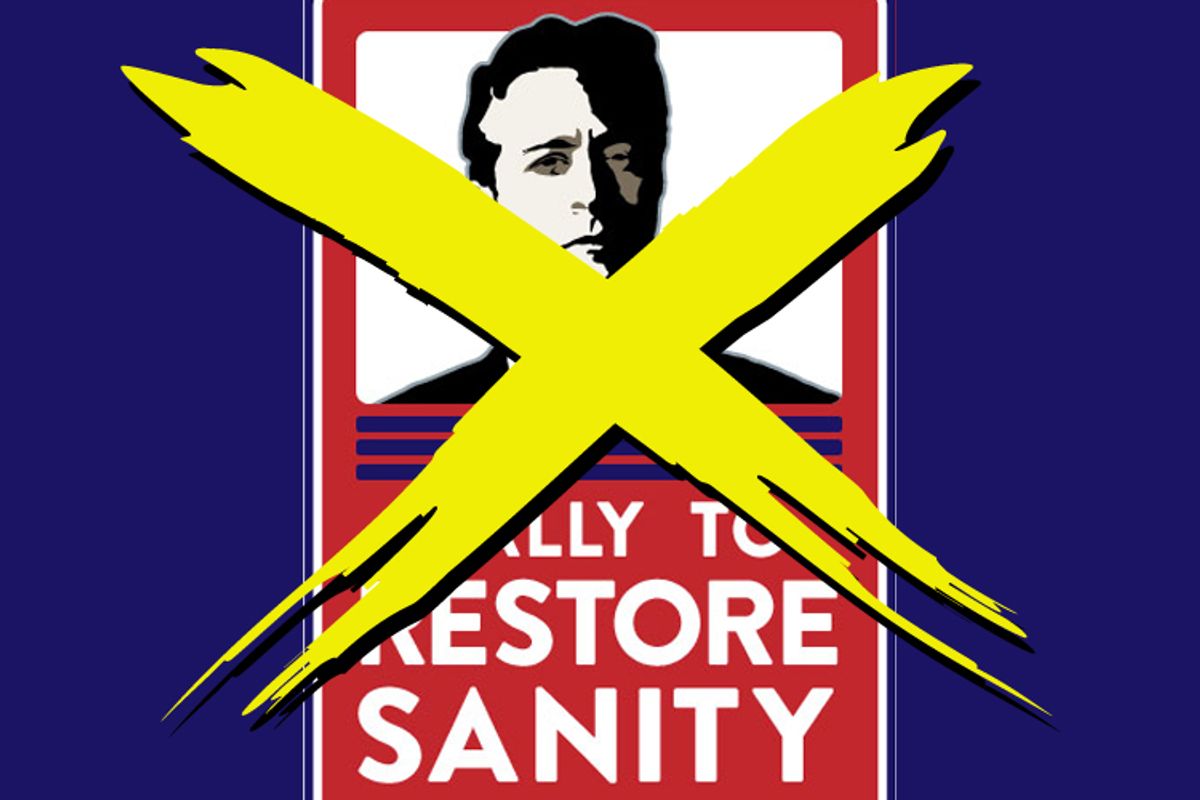 In e-mails to staffers this morning, Vivian Schiller, NPR's CEO, and Ellen Weiss, the senior vice president for news, reminded journalists that they are required to abide by a blanket ban on political participation instituted by the programming service's News Code of Ethics and Social Media Guidelines. Attendance at Jon Stewart's "Rally to Restore Sanity" (and Stephen Colbert's  "March to Keep Fear Alive," too), scheduled for Oct. 30, in particular, was expressly forbidden.

The general guidelines stipulate that members of NPR's news, communications, programming, legal, and digital divisions must not "participate in marches and rallies involving causes or issues that NPR covers ... or contribute money to [such causes]." Other off-limits actions include running for office, endorsing individual candidates, joining Facebook groups that support particular candidates, or donating to political campaigns.

Although the ban technically applies only to members of those divisions listed above -- news, communications, etc. -- Schiller's memo seemed to indicate that she considered attendance on the part of any NPR employee to be inappropriate. She wrote:

[N]o matter where you work at NPR you should be very mindful that you represent the organization and its news coverage in the eyes of your friends, neighbors and others. So please think twice about the message you may be sending about our objectivity before you attend a rally or post a bumper sticker or yard sign. We are all NPR.

It would seem that, at least where NPR executives are concerned, the Stewart and Colbert events could be just as political as they are entertaining.