Golfer Lana Lawless sues to compete as a woman. A recent report says there's no evidence she'd have an advantage 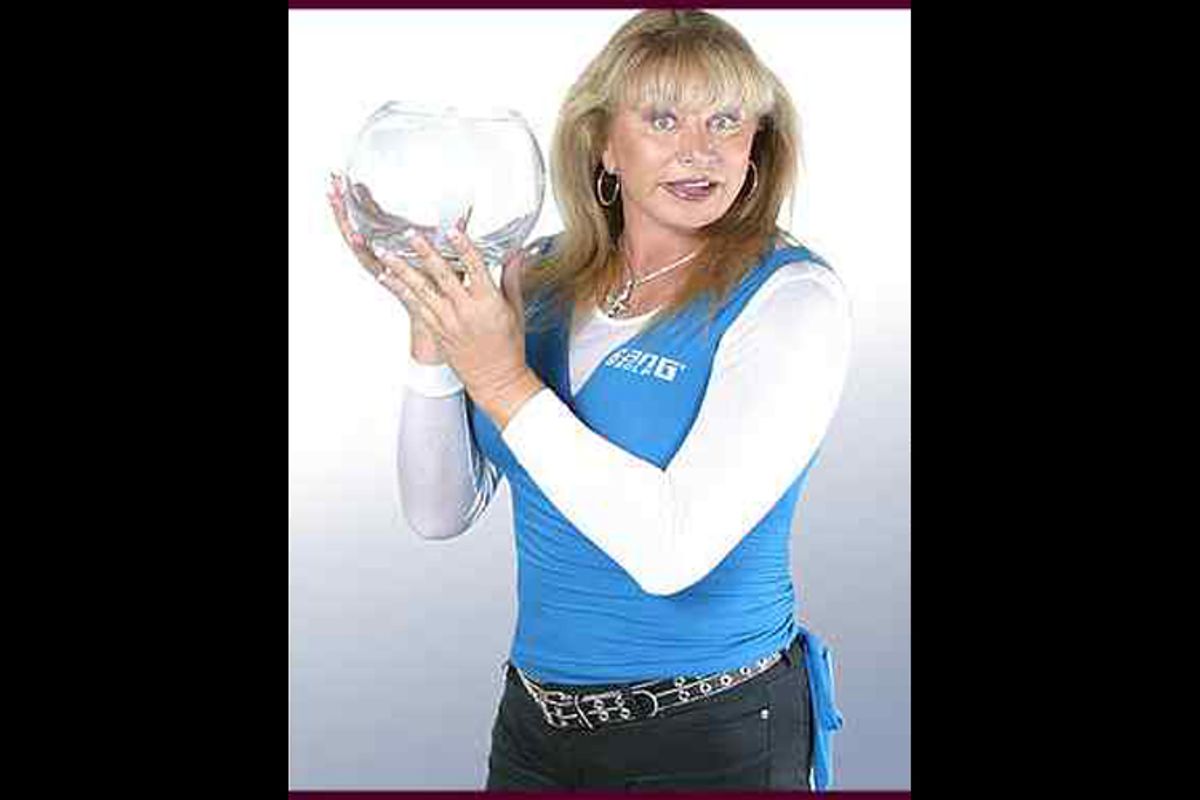 Professional golfer Lana Lawless just wants to keep competing as a woman. The 57-year-old won the women's world championship in long-drive golf in 2008, but she was recently excluded from the competition when the tournament adopted the "female at birth" policy of the Ladies Professional Golf Association. You see, Lawless is a transgender woman: She was born biologically male and underwent gender reassignment in 2005. Now she's suing the LPGA on the grounds that its guidelines violate civil rights.

But, you might ask, what about the rights of biological female athletes? Don't male-to-female transsexuals have a competitive edge? We divide athletic competitions by gender because of inherent biological differences in size and strength, right? Even the most liberal-minded among us -- OK, yes, I'm talking about myself -- might react to Lawless' suit with some trepidation. It turns out, though, that there is no proof that transgender women have an automatic advantage. A report released earlier this month on transgender student athletes says:

... even transgender girls who do not access hormone blockers or cross-gender hormones display a great deal of physical variation, just as there is a great deal of natural variation in physical size and ability among non-transgender girls and boys. Many people may have a stereotype that all transgender girls and women are unusually tall and have large bones and muscles. But that is not true. A male-to-female transgender girl may be small and slight, even if she is not on hormone blockers or taking estrogen. It is important not to over generalize. The assumption that all male-bodied people are taller, stronger, and more highly skilled in a sport than all female-bodied people is not accurate ...

It is also important to know that any athletic advantages a transgender girl or woman arguably may have as a result of her prior testosterone levels dissipate after about one year of estrogen therapy. According to medical experts on this issue, the assumption that a transgender girl or woman competing on a women's team would have a competitive advantage outside the range of performance and competitive advantage or disadvantage that already exists among female athletes is not supported by evidence. As one survey of the existing research concludes, "the data available does not appear to suggest that transitioned athletes would compete at an advantage or disadvantage as compared with physically born men and women."

Indeed, since 2004, the International Olympic Committee has allowed transsexuals to compete after genital reconstructive surgery and two years of hormonal treatment. However, the report cited above notes that, "to date, there is no available research or other reliable scientific evidence to either support or refute the position that transitioned athletes compete at an advantage or disadvantage compared with physically born men and women athletes." Unfortunately, the rational response to such findings -- a call for more research -- may come up against significant roadblocks: "In view of the lack of available research and the methodology requirements for credible new research, the answer to that question may never be known with certainty given the low prevalence of transitioned individuals in the population."

This debate isn't so different from the one South African runner Caster Semenya was thrust into last year. It took nearly a year for the athlete to be cleared for competition after undergoing "gender verification testing," and the truth is that there is no medical consensus on how to conduct a sex test. We organize athletic competition, and our entire world, according to gender because it's the easiest framework we have -- but it's also an imperfect one, and there are no simple solutions. Ultimately, competition isn't about fairness. As Ariel Levy wrote in her excellent profile of Semenya, "Different bodies have physical attributes, even abnormalities, that may provide a distinct advantage in one sport or another." This is true for NBA players with a growth hormone condition that benefits their performance on the court, and it also may be true for Semenya and Lawless -- we just don't know.

I will leave you with this interesting tidbit: Renee Richards, the transgender tennis player who successfully sued for her right to compete in the U.S. Open in the 1970s, has since spoken out against the right of male-to-female transsexuals to compete as women, arguing that they have a distinct physical advantage that isn't diminished by hormones. That said, Richards played well post-transition, but she didn't dominate the game.