The Year in Sanity: Grant Woods

Letter to GOP boss: By your rule I could not endorse Democrat Thomas Jefferson over Republican Lindsay Lohan 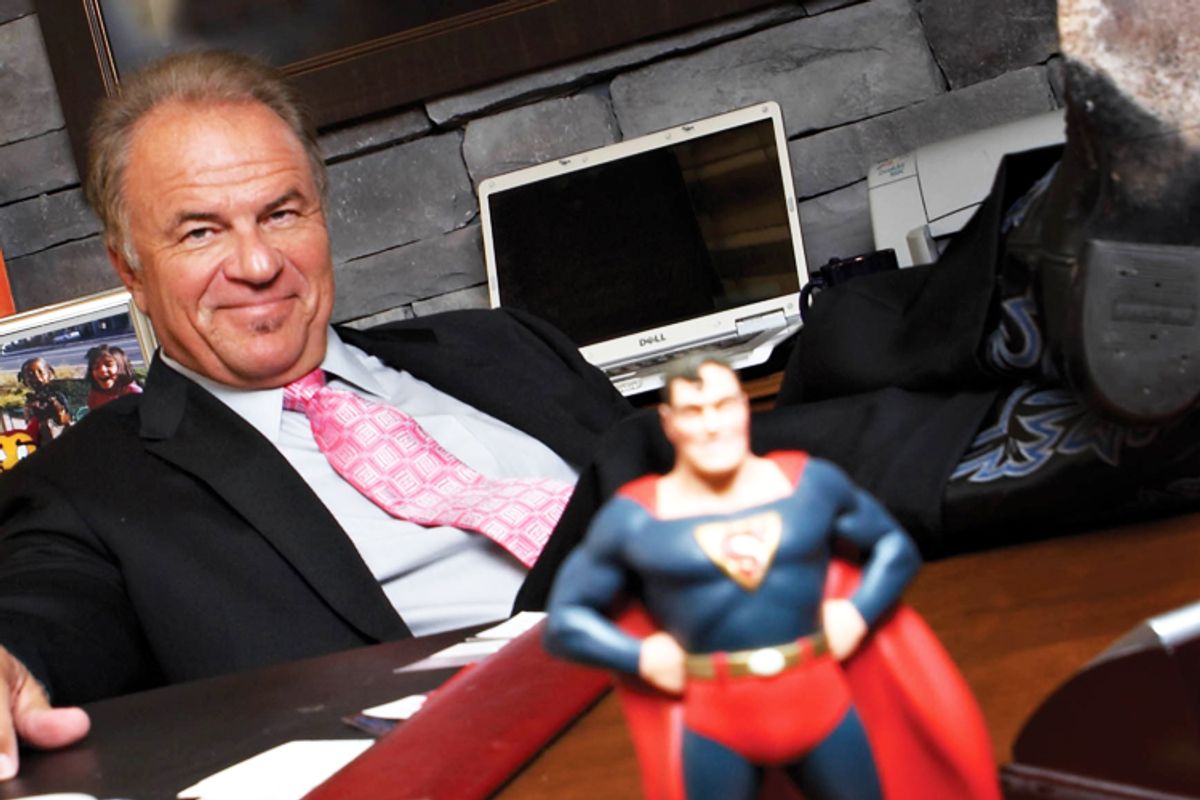 I am in receipt of your recent letter concerning my endorsement of Felicia Rotellini for Arizona Attorney General. In that letter, you state that I have violated the "Haney Rule," -- apparently crafted and instituted upon your suggestion -- by using my own independent judgment and endorsing the best person for the job. Since I am the only Republican elected to the position of Arizona Attorney General in the last twenty years and since I led all candidates on the ballot in 1990 and 1994 and served eight years as AG, it seemed to me that I might be in a position to independently assess who would be the best person to be our next Attorney General. In this year's election, in my judgment, it is not even close. Felicia Rotellini will be an outstanding Attorney General.

Many Republicans spent the better part of this year arguing that Mr. [Tom] Horne is unfit to hold the office of Attorney General and that people should vote for Andrew Thomas. Then, like Mr. Thomas, on the day after he lost they endorsed Mr. Horne. I found their arguments unconvincing before and after the election. But their lack of logic is reflected in your "rule."

According to you, if there was a hypothetical race between Thomas Jefferson, Democrat and Lindsay Lohan, Republican, I could not endorse Jefferson over Lohan. With all due respect, I knew the AG's Office better than you, and I know that Felicia Rotellini is the superior candidate in this race. I endorse her wholeheartedly.

I recognize, however, that your rule is your rule. So I will not be surprised if you suspend my "voting privileges" at County Republican meetings. I put my name in for precinct committeeman at the request of my neighbors and was pleased to be elected with the most votes of the five candidates running for four spots. I'm sure my neighbors did not expect me to toe your party line. I am disappointed that I won't be able to vote on your important resolutions on "issues" such as secession from the union and the never-ending pursuit of the President's birth certificate, but I will get over it.

By the way, you have spent most of the past decade publicly condemning and working against many of our Republican elected officials, including our last nominee for President of the United States. It seems like this is more damaging than an endorsement. Maybe you need another rule.

And while you are at it, I would propose a rule of my own, one that I have followed throughout my life: All members of either party should try to do the right thing and never ask another American to put blind allegiance to any party over their allegiance to their state and country. If I could vote, I would vote for that one.