A Chinese New Deal for the United States

How to prevent a trade war: The U.S. needs infrastructure, China's got cash. Put the two together! 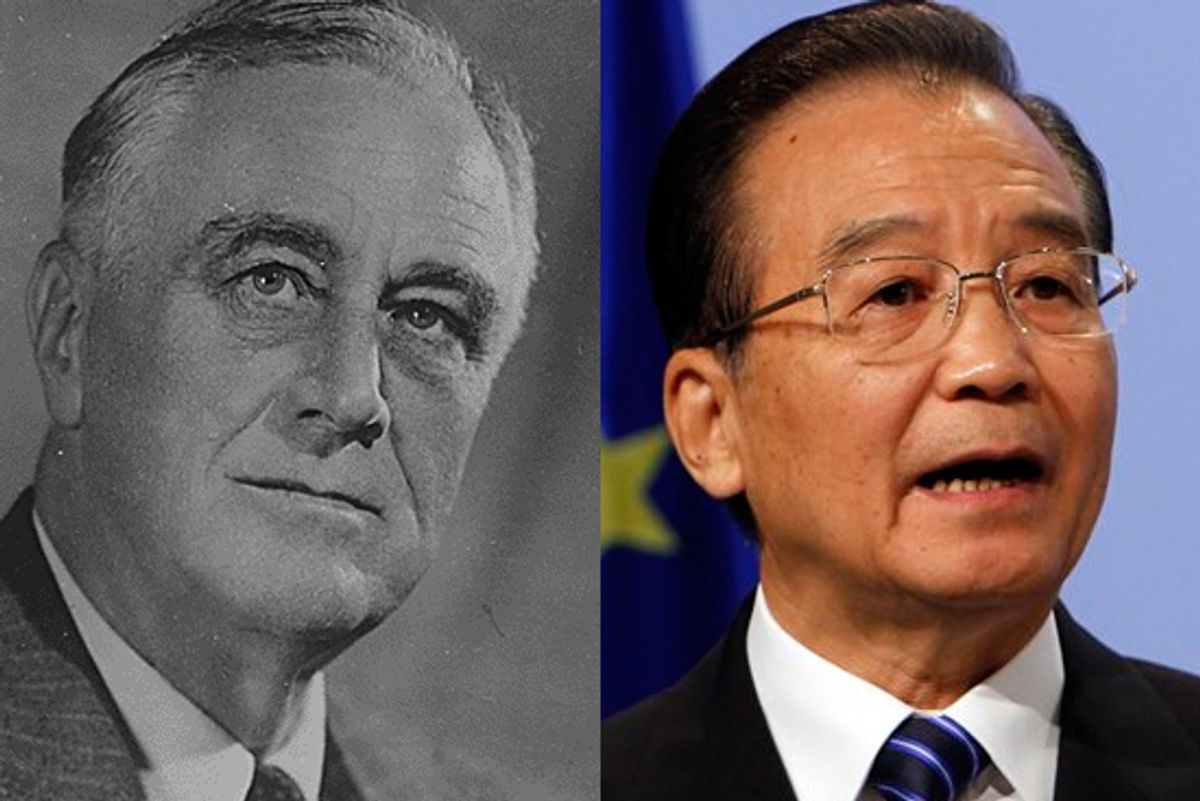 Michael Pettis, a finance professor at Peking University's Guanghua School of Management who has been writing cogently about the Chinese economy for years, thinks he has a way to avoid the coming trade war between the U.S. and China: A New Deal for the U.S., paid for and implemented directly by the Chinese.

The U.S. sorely needs tons of infrastructure upgrades. China has tons of cash -- not to mention experience in getting big infrastructural projects up and running.

So why not have China do it directly? Let China engage in a massive rebuilding of U.S. infrastructure -- it can build airports, highways, dams, and railways -- which would raise investment levels enough keep the U.S. trade deficit high in a way that benefits the U.S. and China.

Of course China would also have the right to charge for the use of these projects so that it can earn a positive return on its investment. The return doesn't even need to be high -- just better than the return it gets on its huge expansion in investment in China, which I suspect is negative for the country as a whole....

As long as it earns more than it earns on its USG bond holdings, it will be better off economically even without considering the immense advantage of keeping the U.S. trade deficit high for the eight to ten years China is going to need to rebalance its economy away from its toxic over-reliance for growth on the trade surplus and economically non-viable investment.

Sounds more like a new Marshall Plan for the U.S. rather than a New Deal, but that's just semantics. Massive infrastructure spending by China in the U.S. would create jobs and help boost demand for Chinese imports, possibly giving China the breathing room it needs to make the transition to an economy primarily driven by domestic demand instead of export prowess.

Of course, it will never happen, as Pettis acknowledges.

Muddled Chinese public opinion will be furious that desperately poor China is investing in rich America, even though the overall returns will be better and the cost of China's adjustment will be much lower. Muddled American opinion will be furious that America is "selling out" to China. Bumptious politicians in both countries will completely fail to get the underlying economics of the trade, and they will never allow it to happen. But it is still a pretty good idea.

Hey, if it gets me high-speed rail in California, I'm all for it.