The man Dick Cheney shot in the face was more seriously injured than reported, and the two were not "old friends" 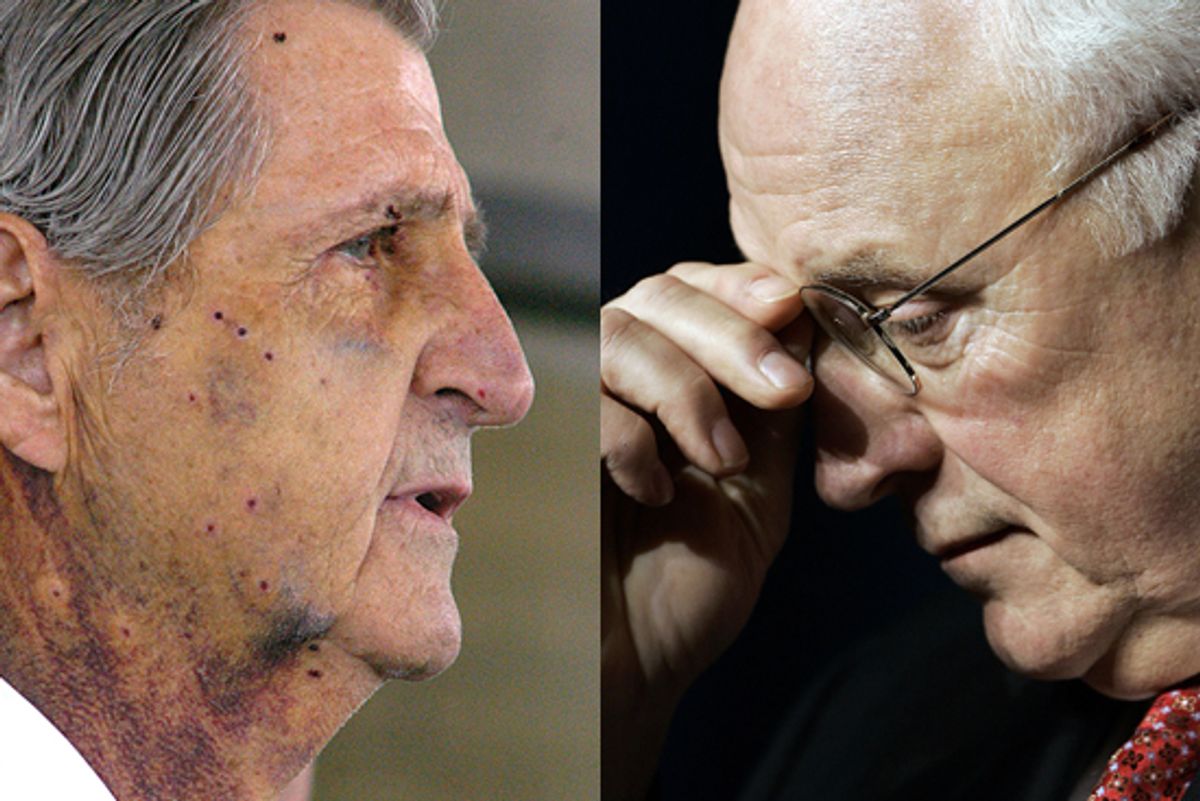 The Washington Post's Paul Farhi today has an excellent profile of Harry Whittington, the elderly Texas lawyer who was shot by Dick Cheney in a quail hunting accident back in 2006.

The headline news here is that Cheney apparently never apologized to Whittington, even privately. But Farhi also reveals that the contemporaneous media coverage of the event got lots of stuff flat wrong. For one thing, Whittington's injuries were quite serious. For another, he was not friends with Cheney, as was widely reported. The Post reports:

Four days after being hit, the birdshot near his heart prompted it to beat erratically, forcing him back into the intensive care unit. Doctors said Whittington suffered a mild heart attack; he thinks it was something less, a heart "event."

Still, the injuries were more dire than previously disclosed. Whittington suffered a collapsed lung. He underwent invasive exploratory surgery, as doctors probed his vital organs for signs of damage. The load from Cheney's gun came close to, but didn't damage, the carotid artery in his neck.

News accounts routinely described Whittington as Cheney's "old friend" and "hunting buddy." In fact, the two men barely knew each other. Before the shooting, they had met briefly only three times since the mid-1970s and had never gone hunting together before. "The most you could say is that he was an acquaintance," Whittington says.

Yes, this was an error in a relatively insignificant story (though the error skewed in Cheney's favor -- for some reason it's a bit less alarming to injure an old friend than a virtual stranger).

So how far did this false information travel? According to a quick search, the following outlets (among others) have referred to Whittington as Cheney's "old friend": Fox News, CBS, CNN, UPI, Fortune magazine, the Guardian (U.K.), the Sacramento Bee, and the Washington City Paper. It's not clear from the contemporary reporting how the bogus "old friend" meme first emerged.