Stuck in a well: A short cultural history

From Kathy Fiscus to Baby Jessica, the drama of someone trapped underground has long fed news and entertainment 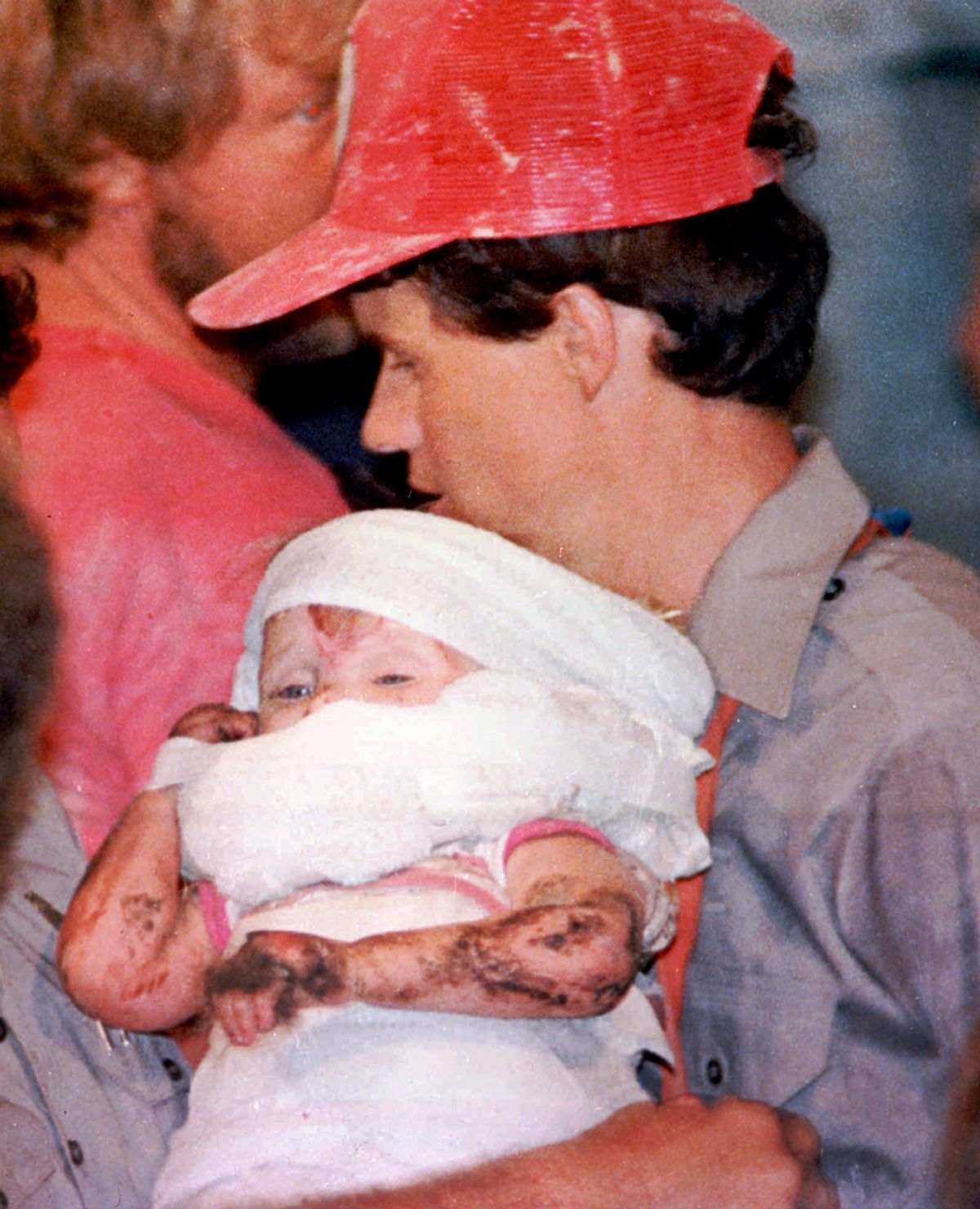 Rescue worker carries 18-month-old Jessica McClure Oct.16,1987, shortly after she was rescued from an abandoned water well at Midland,Texas.
--

Now that the dramatic, round-the-clock rescue of 33 Chilean miners has finally come to a close, it's worth asking: "Why do we love a story about people in holes?" Call it the "Timmy in a Well trope" -- in news, as in entertainment, we are riveted by people stuck underground.

"I suppose there are mythic elements at work here," says author Melissa Fay Greene, who wrote "Last Man Out: The Story of the Springhill Mine Disaster." "These are men who learned something about the beyond. They have literally been buried alive."

There is something uniquely modern about it, too. The first television news event to captivate all of America in real time was about Kathy Fiscus, who fell into an abandoned water well. Stan Chambers of KTLA in Los Angeles covered the story for 27 hours until a doctor was lowered into the well to find her dead from suffocation.

The story inspired not only media coverage as we know it, but also a song by Kentucky folk singer Jimmie Osborne, in a song called "The Death of Little Kathy Fiscus" ("On April the 8th, the year '49, there claimed a little child, so pure and so kind / Kathy they called her, met her doom that day / I know it was God that called her away") ...

... and films such as Billy Wilder's "Ace in the Hole" and Woody Allen's "Radio Days."

All of these stories, real and fictional, ended badly. "Ace in the Hole" replaced the little girl with a man trapped in a cave. He dies. "Radio Days" is more faithful to its inspiration -- a little girl falls into a well and the movie switches between the scene and a family following the news on the radio. She dies, too. The 1958 Springhill Mine Disaster in Nova Scotia, which Greene says was the first television event where live coverage captivated not just one country but the entire world, had a somewhat better ending. A hundred of the 174 miners were eventually rescued. It also inspired music, this time by Pete Seeger.

Another kind of media phenomenon -- cable television news -- found its stride when Jessica McClure, aka Baby Jessica, fell into an eight-inch wide well casing in 1987. With the clock constantly ticking on her life, CNN kept the images and chatter coming as workers spent 58 hours extracting the child, this time with a happy ending. This inspired an example from the quintessential 1980s cultural format, the TV movie "Everybody's Baby: The Rescue of Jessica McClure."

But the mythic elements of these stories begin with the media coverage.

"What really happened may never be understood outside of the mine," Greene says. "Chances are we journalists aren't going to get it right. The real stories are so damn subtle, and private and obscure and individual that 33 true stories could be told."

And certainly will be. But who will write the song?