New Jersey's governor says he won't run, but don't they all? 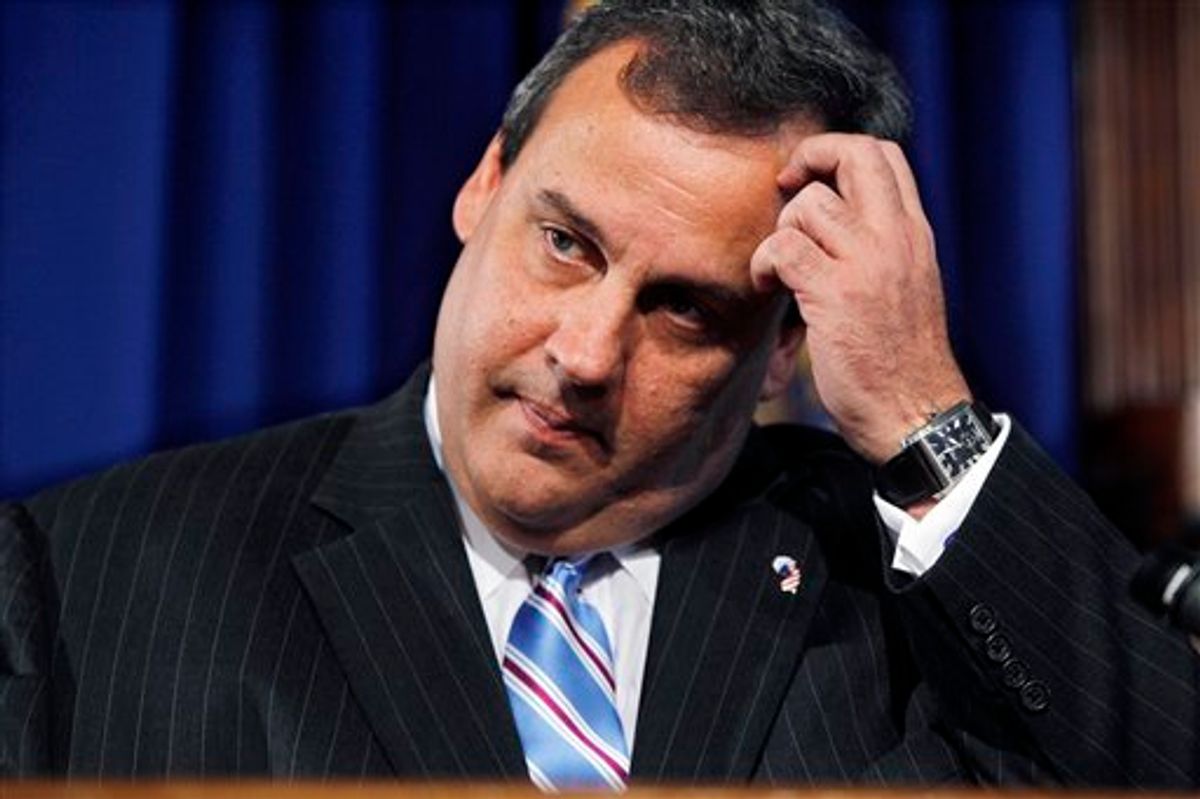 New Jersey Gov. Chris Christie listens to a question Thursday, Oct. 7, 2010, in Trenton, N.J., as he announces that he has stopped a decades-in-the-making train tunnel connecting New Jersey and Manhattan, saying the state can't afford to pay for cost overruns on the already under-construction project. Over the years, the cost for the tunnel also has nearly doubled. (AP Photo/Mel Evans) (AP)
--

A New Jersey lobbyist and former state Republican political operative has launched a website designed to entice the state's governor, Christopher J. Christie, into running for president in 2012.

In an announcement letter posted at DraftChristie2012.com,  Donald Sico, who was the top GOP aide in the state Assembly before launching his own government relations firm, writes that Christie "will not leave the job he started in New Jersey easily. We have to convince him. We have to sway him with our numbers." He claims that he's not looking to raise money and merely wants potential supporters to register their interest.

Sico writes that Christie, who has served less than a year as governor, is a particularly attractive '12 option for Republicans because of the other candidates' deficiencies:

I love Sarah Palin, but the media despises her and many voters find her unacceptable as a Presidential candidate.

I respect Mitt Romney, but "Obamacare" is the illegitimate child of his Massachusetts health reform experiment. It will weigh like an anchor around his neck.

Mike Huckabee. Nice guy, but never caught on. And the rest ... none of them excite me.

Of course, it would be easy to ascribe a cynical motive to Sico's move. By stoking presidential chatter, he's flattering Christie's ego; and a friendly governor can be invaluable to a man in Sico's line of work. In that sense, it's fair to note that Sico has in recent years contributed money to many Democratic candidates -- including Reps. Rob Andrews and John Adler and several state legislators (among them, Wayne Bryant, a former state senator who is now serving time for funneling state money to a hospital that provided him with a no-show job).